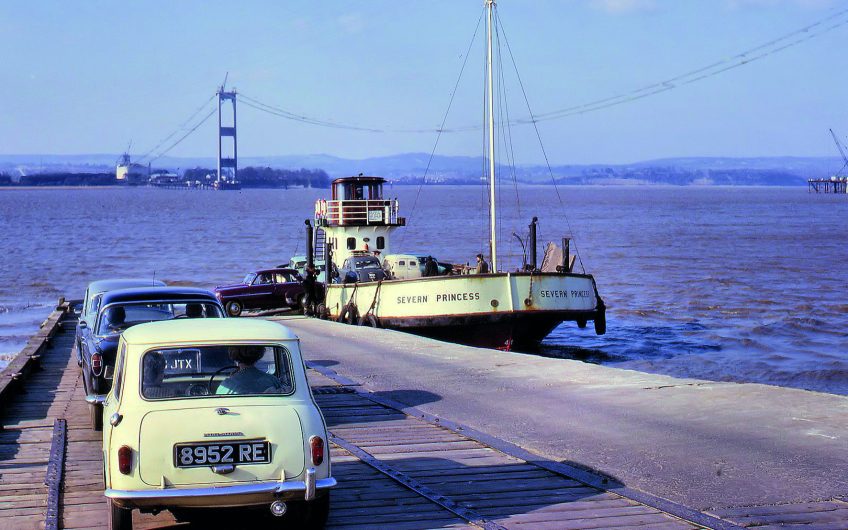 The Aust-Beachley ferry was operating under the shadow, almost literally, of its approaching nemesis, the first Severn Bridge, then under construction a short way upstream.

I had a summer holiday job as a pier boy at a fiver a week – two pounds more than Bristol Zoo had paid me the previous year. My main task was to tie and untie the boats arriving and departing with their 15 or so cars.

One boat was captained by Charlie Palmer, an uncle, I was told, of David Broome, a prominent showjumper. One day, he told me to look out for a salmon he thought he had hit. It took some believing, but Charlie didn’t joke much.

Sure enough, a little later, I spotted a large salmon washed up on the mud bank below the jetty.

When his boat returned, Charlie produced a long boathook and just managed to retrieve it. Waiting passengers, watching from the top of the jetty, thought he was retrieving a body.

A crew member cut up the fish and I was awarded a piece, which I took back home. It was the first time I or my parents had eaten fresh salmon.

One evening, I was told to place a notice behind the 45th car in the queue, to indicate that later cars would not be carried that day. Some of these poor beggars had queued for hours and were now faced with the tedious journey up and down the Severn via Gloucester.

The 45th driver must have felt huge relief. It wouldn’t last: there was no space for his car on the last ferry.

He was understandably furious and raged at Ginger, who was closing the ticket office. He demanded to see the manager, a director, anybody…

Being local, I understood – ‘You can see who you want, but it’ll make no difference’ – but the motorist didn’t, although he sensed, correctly, that these weren’t helpful words. The ferry company cared little for customer relations. Defeated and humiliated, he stormed back to his car.

I drove through a toll booth on the new bridge some years later. It was operated by Ginger. He didn’t recognise me, and he looked bored with his job.