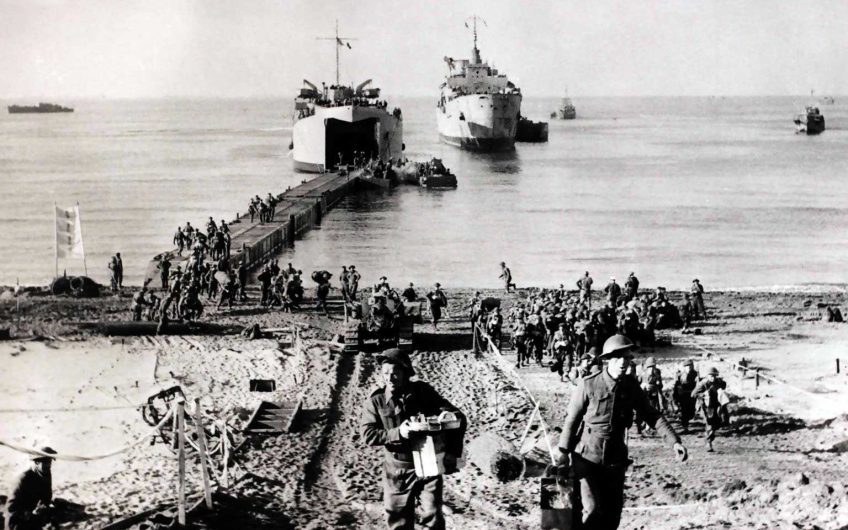 On Remembrance Day, P D Duffaud recalls a man who swore, snarled and served his country

HMO stands for a House in Multiple Occupation – different from a house share, as tenants have their own cooking facilities.

I lived in such houses for years when I first came to London. I liked the discordant mix of people: manual workers, office workers, artists and drug- dealers. Sometimes it would explode: an overdose, a vicious fight in the hall.

What happened with the war veteran was different. It all happened in the space of a year. One morning, 11th November, Remembrance Day, I came out of the bathroom and John Gower (Mr Gower to me) was standing in front of his door. A tall, fierce man in an old raincoat, he usually never spoke to me.

‘It’s not a holiday!’ His voice became loud and dismissive. ‘It’s the parade!’ He pointed at his clothes.

Now I saw the uniform and medals.

‘Not a holiday – the parade!’ he shouted.

I went into my room, slamming the door.

I regretted it instantly. For months, he hadn’t said a word to me. Now the urge to talk about the parade had been too strong. I imagined what he lived through, and the horrors that were being commemorated.

A few weeks later, I met him outside.

‘Did you have fun at the parade?’

By spring, he was ill. One night in April, I was dragged out of sleep by an imploring voice, crying, ‘Help me…’ It was not a voice I recognised.

Then there was a knock on my door. It was the veteran, clutching his leg and asking me to call an ambulance – quick.

The ambulance took an hour and a half to arrive. The wait was excruciating. Back in my room, I heard him moaning. At some point, in the dawn light, we chatted. It seemed to take his mind off the pain. He told me he’d been injured in Italy in 1944, and pointed to medals on the table.

In the following days, I located him in Hammersmith Hospital. I turned up with grapes and a card. He was sitting up in his bed with a tube linked to his arm and was surprised to see me. His eyes were watchful, but he chatted in a civilised manner.

He did come back a few days later but refused any further help. He once muttered for me to ‘F**k off’ as he ascended the staircase, panting and groaning.

There came a point when he was unable to leave the house. For a while, he got meals on wheels and he let the containers pile up. He would snarl at anyone who suggested getting rid of them; on every surface, piles of them got mouldier. A carer complained to me about it.

The carers called him by his first name, which I found patronising. Didn’t they realise that Mr Gower had lived a life unimaginable to us? He’d killed, he’d been shot at by people whose job it had been to try and kill him. But still, people would talk down to him because he was old.

We had one more proper chat; he told me he had been a gunner in the army. After the war, he’d served in Palestine, Egypt, Singapore and Hong Kong. I could see how unused to company he was: he would often cup a hand round his mouth and shout as though he thought I was deaf or very far away. I wondered how long he had been left on his own. Perhaps 20 or 30 years – or more?

A routine went on, for months. He would bang on the wall; I would pop across the corridor to see what he needed.

The last time I called an ambulance for him was early one October morning, at about four o’clock. Mr Gower was having trouble breathing. I phoned 999 and reported back to him.

‘Wait,’ he said. He pointed to his chest of drawers. ‘In the middle drawer,’ he said.

I opened it and saw three pairs of clean socks and a thick envelope.

‘The envelope,’ he said, as he struggled for breath. ‘Put it somewhere safe.’

The envelope contained a large bundle of money. I stuffed it into one of the socks and hid it in his wardrobe under a pile of towels. I locked the wardrobe and gave him the key.

He stayed away for a long time. I visited him twice. The second visit was on 11th November.

He was alone in a hospital room. He kept trying to talk; coughs kept interrupting him. The way he was trying to catch his breath was alarming. He wasn’t able to get the words out and he scowled instead. His nails had grown long like claws. His beard had grown too and it spread, white and wiry, over his gaping robe. He had lost a lot of weight.

Mr Gower died that evening. It was Remembrance Day 2012, a week before he was due to turn 90.

Within hours, the letting agency emptied his room. They threw everything out, including his war medals. No one knows who took the money. I was faced with an empty white space where, for months, Mr Gower had lain, shouted and eaten chocolate and toffee. In front of the door, the dust was marked with large footprints.

On the day of the funeral, his coffin had a Union Flag draped over it. We entered the chapel. I chose to sit at the front, slightly to the left.

The vicar recited, and he read out the words I had written. I had described how abrupt Mr Gower had seemed, but how rewarding his acquaintance had become, and how thankful those helping him were to have known such a man.

I realised the vicar was delivering Mr Gower to God, and at last the ritual took on its meaning. Apparently, Mr Gower had been an Anglican believer – so this would have been important to him.

The coffin was covered up, about to vanish and be burned.

What were cue sheets? - Janet Radley