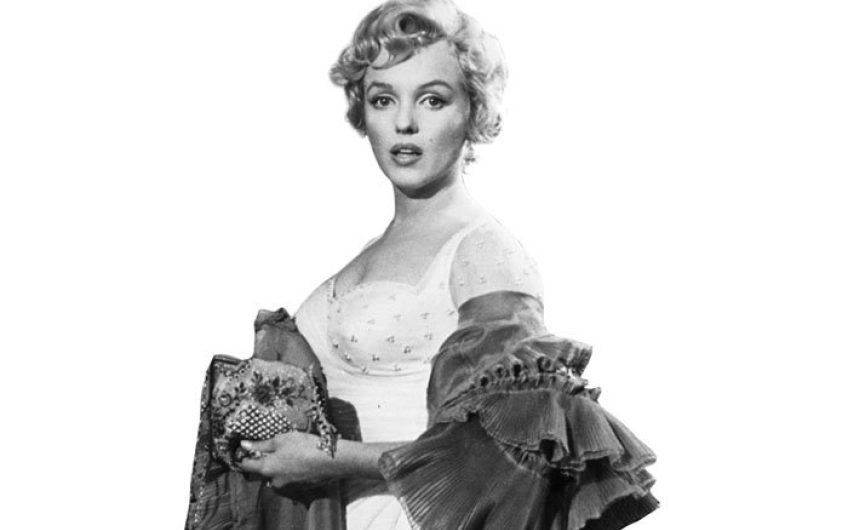 In 1956 Laurence Olivier and Marilyn Monroe were both incredibly famous. When it was announced that they were going to make a film together, it caused amazement and concern of a sort that is hard to imagine today. After all Miss Monroe was the epitome of the busty-but-brainless Hollywood blonde and Sir Laurence was the greatest classical actor of his generation etc, etc. It was really unthinkable that I should just walk into the offices of Laurence Olivier Productions, at the age of twenty-three, and demand a job. But that is what I did and, in the end, I got one.

My father, Kenneth Clark, was quite well known in intellectual circles then, and he and my mother were friends of ‘Larry & Vivien’. Even so I must have been pretty brash – what my elder brother, Alan, still calls ‘youthfully foolish’ when I do something particularly stupid. It worked out well, though. The film was an incredible adventure despite the battles between the two so different cultures.

It was really a struggle between the old and the new. Despite his work in Hollywood, Olivier always thought of a film as a photographed play. And Marilyn, who had actually appeared in as many films as Olivier had at that time (25), was totally unaware of theatrical conventions, like learning lines in advance, and coming in on cue. The crew of the film, hand-picked by Olivier, thought of anything from America as vulgar and upstart (this was the Fifties, don’t forget) and the idea of treating the movies as a brand-new medium was very threatening. I started by getting on very well with Marilyn and the whole American team. But I was always firmly in the Olivier camp, and just as well, for I was to remain as his personal assistant in the theatre for the next two years. I see now that it was Marilyn who was the ‘film star’, Marilyn, erratic as she was, who was the future.

Problems – too much fakery: peroxide hair, dead white makeup, heavy lipstick, but that is her image. She looks confused too, lost, troubled. That’s the MM [Marilyn Monroe] image too, I know, but even when she’s shut the door on the reporters, she still looks in distress, not just acting it.

She doesn’t seem to be able to shrug off the image in private, to throw off her coat, slump down on the sofa and say: ‘Phew, let’s have a drink.’

She gazes at AM [Arthur Miller] as if he is a superhero, but I don’t think he is that nice. He’s clearly very handsome and very attractive, but good-hearted, no. And she hasn’t really got anyone else to depend on. A girl like that really needs her mum, but I’m told her mum is in a bin. Milton [Greene, executive producer] is clearly dependent on her, rushing round like all the others trying not to upset her, frightened of her even.

SLO [Sir Laurence Olivier] is much too remote. He’s going to be her director and that should be a close relationship, but he is quite clearly not in any way concerned with her personally. He is the supreme professional, expecting and assuming that everyone else will be professional too...

I wish SLO could be cosy with MM. He’s strong and romantic with most women but he only gets ‘cosy’ with men.

It goes without saying that she was late – but not very late, only half an hour... When MM did arrive we all got a shock – except Whitey [Allan Snyder, MM’s personal makeup man], I suppose. She looked absolutely frightful. No makeup, just a skirt, a tight blouse, head scarf and dark glasses. Nasty complexion, a lot of facial hair, shapeless figure and, when the glasses came off, a very vague look in her eye. No wonder she is so insecure.

She bolted into her dressing-room with Milton and Whitey and stayed there for twenty minutes. Eventually they coaxed her out, looking very tense indeed, and walked her to the small studio. The whole idea is to film her first without makeup on, so she sat on a stool, under the bright lights, like a prisoner of war...

MM late again but this time no one cared. Everyone was only thinking about the 'rushes' – the film that was shot yesterday. At 9.30 Milton and SLO led the way into the viewing theatre, and we all held our breath. Jack [Cardiff, lighting cameraman]looking pretty smug but said nothing...

The film was magical, and there’s no other way to describe it. The stuff we shot in the morning, although it resembled a police line-up mug shot, was quite heartbreaking. MM looked like a young delinquent girl, helpless and vulnerable under the harsh lights. The afternoon footage was even more extraordinary. What an incredible transformation. Now MM looked like an angel – smooth, glowing, eyes shining with joy (Jack’s lights), perfect lips slightly parted, irresistible. Quite a few people had wandered in to look and they were stunned. We all fell in love there and then.

Dame S [Sybil Thorndike] had a long line about Eleanor Duse being a much greater actress than Sarah Bernhardt. MM simply could not remember when to reply. Dame S is babbling on and ends with a rhetorical question: ‘You agree. No?’

All MM had to say was ‘No’ at the right moment, but today even this proved too complicated... Halfway through, SLO tried a controlled explosion. MM was stunned, as usual, but SLO had reckoned without Dame S who promptly gave him a good ticking off. ‘Don’t you realise what a strain this poor girl is under? She hasn’t had your years of experience. She is far from home in a strange country, trying to act in a strange part. Are you helping or bullying?’ Poor SLO, who naturally thinks he is the injured party, was stunned.

MM was radiant. ‘Oh thank you so much, Dame Sybil. But I mustn’t forget my lines. I promise I’ll try to remember them from now on.’ And she was good as gold for the rest of the afternoon.

I suppose you could say that today was a red-letter day. This morning I definitely saw more of MM than I ever expected to, and she went up in my estimation in more ways than one. She arrived really early, for her, and nearly caught us on the hop at 7.30 am. She was still in a jolly mood – I expect she and AM had had a good laugh over SLO’s discomfiture.

As lunchtime drew near David [Orton, assistant director] caught me in the corridor, and told me to look for MM’s marked script which was missing. I assumed this meant MM was on the set so I just barged into her dressing-room and straight into the inner sanctum. What David had not told me was that filming had already ended.

There stood MM, completely nude, with only a white towel round her head.

I stopped dead. All I could see were beautiful white and pink curves. I must have gone as red as a beetroot. I couldn’t even turn and rush out, so I just stood there and stared and stammered.

MM gave me her most innocent smile. ‘Oh Colin,’ she said. ‘And you an Old Etonian!’

How did she stay so cool? And how did she know which school I had gone to and what it meant? When I managed to get out of the room and pull myself together, I realised that behind the fog MM could be a bit brighter than we all think.

When MM left the studio, she did so quickly and furtively. She is supposed to come back tomorrow but we all know she won’t. She didn’t say goodbye to anyone, not even her personal dresser, who has been so loyal and patient, or to Gordon, her hairdresser.

We knew we would never see her again and, sad to tell, it was an immense relief.

Poor Milton is very depressed. He feels a failure, but he would have needed the strength of ten men to have succeeded in all his roles. He had been warned about what he was taking on by other producers of MM’s films. But her appeal is so great that he shrugged them off.

Even MM is not to blame. The great engine of publicity that surrounds her is unstoppable. Like some awful curse of the gods, it stalks her every moment, and one day it will crush her.