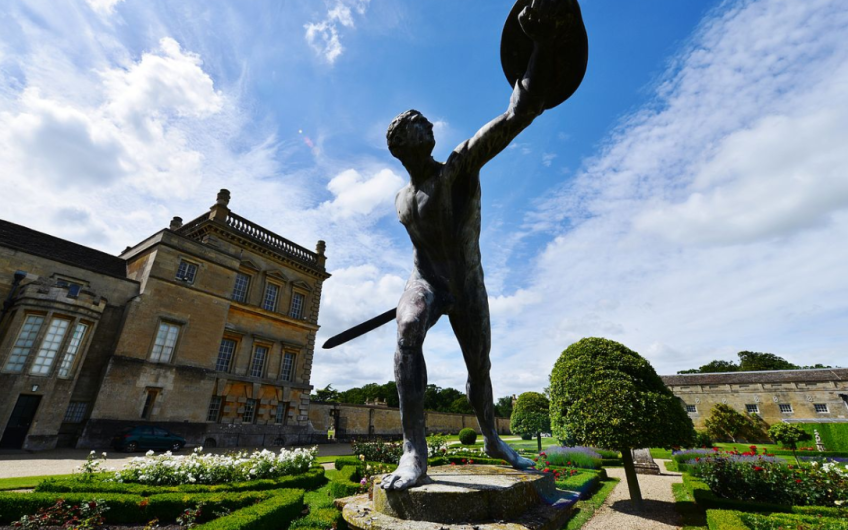 There's a glorious row going on in the village of Ellisfield, Hampshire. A naked statue of Archimedes, the ancient Greek mathematician, has been erected by Adrian de Ferranti, a local man. Some of his neighbours are up in arms, saying it's in bad taste and will distract drivers.

They should get with the ancient Greeks, who worked out 2,500 years ago that naked male statues weren't rude; they were beautiful (like the Greek warrior, pictured, at Grimsthorpe Castle in Lincolnshire). In fact, there was a whole show at the British Museum on the Greek nude, 'Defining Beauty', two years ago – and no one in Bloomsbury complained.

The Greek realisation that there was beauty and heroism in nudity was revolutionary. Previous civilisations - Assyrians, Persians and Egyptians - thought nudity was shameful. The Persians only sculpted defeated, dead opponents in the nude, in order to demonstrate how humiliated they were. Greeks are naked in victorious battle scenes, and naked in the gymnasium and the wrestling school. Gymnasium comes from gymnos, Greek for naked. That said, the Greeks were a little more prudish about naked women. The only woman they allowed to be sculpted naked was Aphrodite, goddess of love.

The censorious villagers of Hampshire should learn a little ancient wisdom - there's no shame in nudity.