Nettles are the perfect spring greens 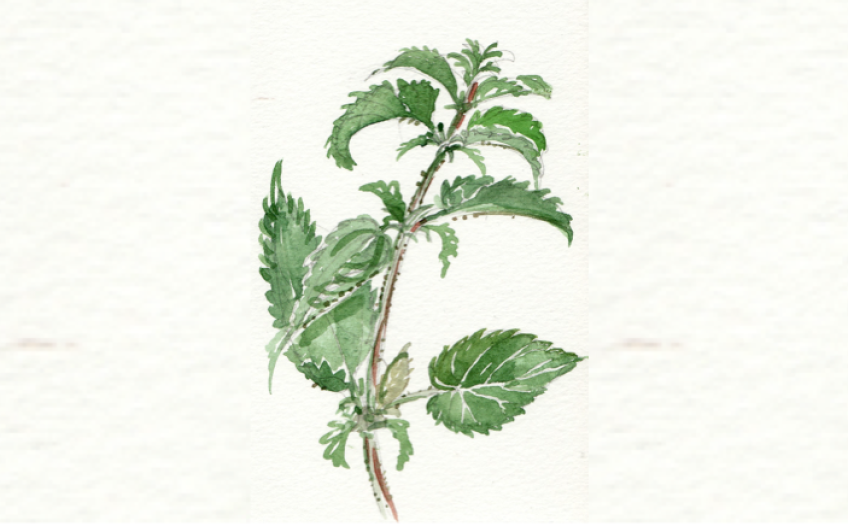 Nettles, our closest plant companions, are enthusiastic colonisers of compost heaps, rubbish dumps and anywhere (let’s not be dainty) where gentlemen empty their bladders.  It's all about the alkali, you understand. Once established, Urtica dioica is around for ever. Archaeologists will tell you that a patch of nettles is a sign of human habitation long after the stones they're looking for have tumbled.

Nettles were valued by our ancestors as the first blood-cleansing greens of spring, popping up their furry little heads as soon as the days lengthened after the winter solstice. Not only the leaves but the stalks were useful, providing strong fibres for sewing thread and poor-man-flax for the weavers. We're virtually their only predators – the reason for their protective sting; other herbivores seem to leave the nettle patch untouched. Left unsprayed, they provide food for the caterpillars of some our most beautiful butterflies. Peacocks, red admirals and tortoiseshells all lay their eggs on the underside of the leaves.

You can encourage early leafing-up and protect the crop from frost  by throwing an old blanket over the compost heap. When gathering young nettles for the pot, snip off the top four leaves with scissors so that the roots continue to sprout. Once the plant is mature enough to produce the tassel-like flowerhead, you can still use the full-grown leaves from the top.

Novice gatherers need gloves; experienced gatherers – this takes practice – can pinch the leaf stalk from beneath between forefinger and thumb, and twist.  You need plenty: at  least half a litre of stripped-out leaves per person if you mean to serve it as a vegetable.

To prepare – don't worry, the sting vanishes as soon as heat is applied – pack the leaves in a lidded pot with a little salt and the water that clings after rinsing. Drain as soon as the leaves collapse. When it’s cooked, texture and flavour are much like spinach, though the colour softens – the only giveaway. Chop and dress as you would spinach, with lashings of butter, or a splash of olive oil, or folded into a creamy white sauce, or use as a dressing for pasta as they do in Italy and throughout the Balkans, where big bundles of nettles stuffed into plastic bags are sold by the roadside. The Turks like theirs mashed into fresh white cheese as a savoury filling for filo-pastry boreki. In Russia, the leaves are stirred straight into the midday borsch. And in Britain, nettle soup with a bacon hock and barley was the traditional dish for Shrove Tuesday - 13th February this year. Nettle pancakes, anyone?