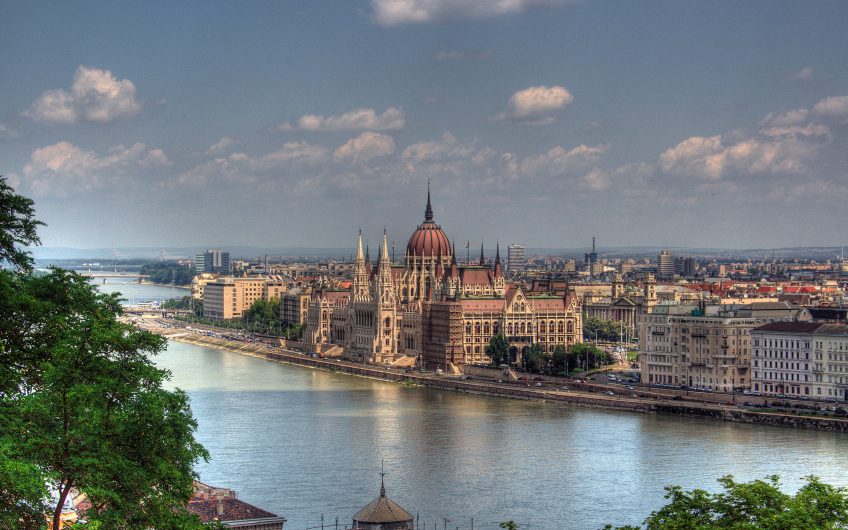 75 years ago today, Hungary declared war on Nazi Germany. The late Norman Stone spent his last years in Budapest. Here he praises the great metropolis with Annabel Barber, author of the new Blue Guide to the city

The Times in 1913 had a great correspondent in Vienna, Henry Wickham Steed, whose book on the Habsburg Monarchy is still worth reading. He is particularly good on the insane taxes then.

He had his doubts about the Hungarians, but he did note how much brighter the Hungarian aristocracy were than their stuffy and clerical Austrian equivalents; you could sense a rise in intelligence as the steamer from Vienna went downstream on the Danube.

Apart from anything else, Budapest had been developed, double-quick, as a rival metropolis to Vienna. Hungary had been occupied for centuries by Austrians and Turks but, in 1867, she had at least self-government, and the (mainly) noblemen who took charge wanted to have a grand capital. In two generations, they got one.

At the time, the British model was foremost, and several Hungarian aristocrats saw themselves as Whigs; Macaulay was much read, and one Hungarian nobleman, when very young, wrote a study of poverty in Ireland.

So, to start with, that British example was well to the fore. London had abolished cholera, had the first underground railway and had parliamentary ways that enlightened people wanted to imitate.

The two landmark monuments of Budapest are both testimony to that British inspiration. The Chain Bridge over the Danube was designed in 1839 by an Englishman, William Clark, and was put up by Scotsmen under the direction of Adam Clark (their church still exists). It was finished in 1849 and was, for its time, an engineering marvel; suspended over the broad Danube, it was the first permanent link between Buda and Pest.

Joseph Bazalgette, from the London Board of Works, was brought in to organise canalization (it still works). And, in the 1880s, the huge parliament building was planned, obviously inspired by Westminster. The grandest hotel in Budapest, the Four Seasons, just by the Chain Bridge, was originally a Gresham’s Insurance office.

The first Prime Minister was Count Gyula Andrássy, who knew England quite well, and had a good eye for paintings. Once, sheltering from the rain, he went into a small picture-seller’s, espied a Turner, and bought it for a few pounds. Now he lends his name to Budapest’s finest boulevard, Andrássy út, grand, glamorous and graceful, a broad avenue that has been called the Hungarian Champs-Elysées. Work began on it in 1872, a period of burgeoning growth in the city. The entirety of Pest at this time was either a brickyard or a building site. New flats, new mansions, new factories and new monuments went up at a dizzying rate.

In 1896, in time for the Magyar Millennium – a lavish celebration of a thousand years of Hungarians in the Carpathian Basin – an underground railway was built beneath Andrássy út, the first in continental Europe. It was electrified right from its inception. Emperor Franz Joseph I rode the inaugural car.

The underground railway is still in use today. And it still takes you to the City Park – once a field where the Mongols vanquished the Magyars by a ruse, now a leafy park fronted by the famous Heroes’ Square, dominated by a grand hemicycle of statues of Hungarian monarchs and warriors. The space was planned as a parade ground and its crowd capacity has meant that it has often been used for political rallies.

Close by, under Communism, stood a colossal statue of Stalin, allegedly made partly from bronze melted down from a statue of Andrássy. It was hacked down to its knee-boots by students and young workers in 1956.

Overlooking Heroes’ Square is the magnificent Fine Arts Museum, recently reopened, housing a splendid collection of Old Master paintings, including at least two by Raphael and some famous El Grecos.

After about 1895, the Hungarians developed their own style, and Ödön Lechner put up some extraordinary buildings. That period of Hungarian invention went on into the 1920s, in Art Deco style. But the Victorian optimism had gone, with the loss of the First World War, and Hungary had a terrible twentieth century. Under Communism, the old buildings gradually crumbled, and it has really only been in the last decade or so that the city has re-acquired its sparkle. The old buildings of the city centre are now being renovated.

Its situation is incomparable. Buda and Pest, divided by the broad River Danube, were once two separate places. Buda, set in hilly country, suitable for a royal castle and a cathedral, had been the capital of a once-great medieval state, but it fell victim to the all-conquering Turks in the sixteenth century. Buda was their chief garrison town. The castle, heavily restored after being smashed in the siege of 1945, and given a very unfortunate dome, has a good museum.

Buda still has Ottoman monuments – particularly the Gül Baba mosque. Several grand Turkish baths have been well-restored, and are in popular use.

Buda, already known to the Romans as Aquincum, was known for its thermal water, and still is. Central Europeans are dreadful hypochondriacs, and these places get crowded by people going on and on about circulation. Nowadays the most popular place for this is the Hotel Gellért, but there are alternatives – the Rudás Baths are the best-restored.

In 1718, the Austrian Habsburgs got Hungary back, and Buda became a picturesque small town (the capital was elsewhere, closer to Vienna) – a character which it still retains. Several official buildings still went up, such as the National Archives, and the ancient cathedral was also restored (not too badly, though it reflects nineteenth-century over-the-topness).

Buda is now mainly suburb – good suburb, with often remarkable turn-of-the-century villas, where the well-off went in the summer to escape the oppressive heat that happens in Pest, on the other – flat – side of the Danube.

Pest is the real capital now – very much on the world’s musical map, though the opera, built in 1884, will be closed for another year for renovation. The Liszt Academy has a very good reputation (there is a charming museum fairly close); for piano or string quartets, there are good concerts.

Perhaps the nicest part of Pest simply to wander in is the earliest part to be laid out: beyond the medieval walls, between the old Jewish district and a former market square (now Calvin Square after the Calvinist church there).

The so-called ‘Magnates’ or ‘Palace District’ was laid out after a great Danube flood in 1838. Fields and farms were swept away and — buoyed by economic prosperity — mansions began to go up, many of them designed by the great architect of the age, Miklós Ybl.

The palaces of wealthy, patrician families soon stood shoulder to shoulder, all in the lee of the neoclassical Hungarian National Museum, founded in 1802 and modelled in spirit on the great public collections of Europe, in Oxford, London, Paris and Rome.It has a fine display on Hungary’s complicated history – particularly strong on the age of the great migrations, in what used to be known as the Dark Ages. There is some exquisite fifth-century gold-and-garnet jewellery and — marvel of marvels — the extraordinarily rich Seuso Treasure, a hoard of late imperial Roman silver.

This district of Pest is well supplied with cafés and restaurants, most of which spill outside onto the pavements in fine weather. On a sunny day, you can hardly do better than to stop for a glass of wine at the tiny Csendes-társ beside the Károlyi-kert, formerly the garden of a Károlyi family palace and now a park, entirely enclosed by noble 19th-century façades.

There are some very good and friendly restaurants (the Károlyi kert a case in point; but, for bone-marrow and goose, Rosenstein, near the Eastern Station, is outstanding).

The city depends rather too much on cheap tourism, and earlier governments made a great mistake in allowing a deal by which the national airline was closed down. It has been replaced by cut-price arrangements. So, unless you use British Airways, you have to deal with Luton or Stansted. But that is the one drawback.

BA flies to Budapest, from £128 return

Annabel Barber is author of the Blue Guide to Budapest (2018)