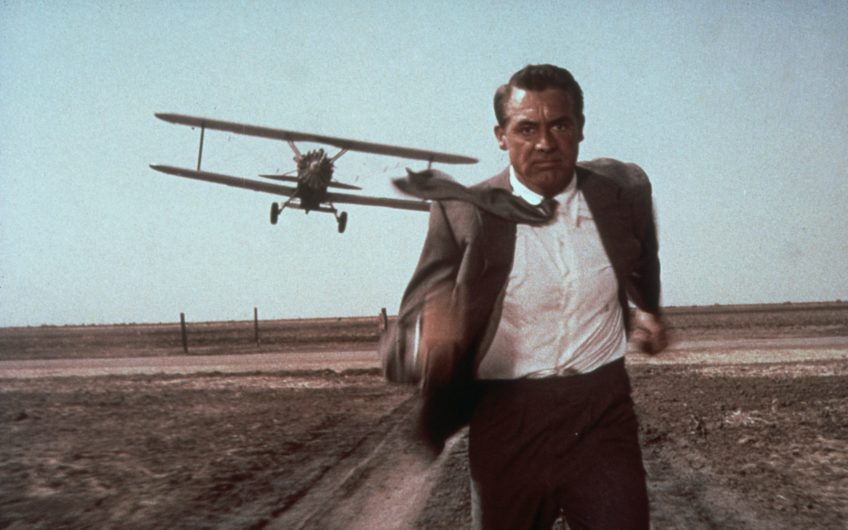 Old film buffs always say you have to see the best movies in the cinema, and like a lot of things that oldies say, it happens to be true. As a child, I only ever saw Alfred Hitchcock films on television (I was eleven when he made his last movie) and although I found them riveting, it’s no substitute for seeing them on the big screen. So I’m delighted to report that on 20th October, Hitchcock’s greatest film returns to cinemas across the country, in a new rerelease by the British Film Institute - what would us film buffs do without them?

Yes, I know it’s controversial calling North by Northwest Hitchcock’s greatest movie. What about Rebecca? Or Marnie? Or The Birds? Of course they’re all amazing films, but what’s so enchanting about North by Northwest is its light touch, its irrepressible joie de vivre. Those other cinematic masterpieces are like Beethoven symphonies. North by Northwest is like a Mozart sonata. And that’s why (unlike Psycho or Vertigo) you can watch it again and again.

For anyone who’s never seen it (and if you haven’t, you’re in for a treat), it’s essentially an American remake of Hitchcock’s British classic, The Thirty-Nine Steps. Like Robert Donat in The Thirty-Nine Steps, Cary Grant is framed for murder by a dastardly international spy ring, and rather than handing himself in to the authorities (as normal folk like you or I would be inclined to do) he decides to hunt them down. Like The Thirty-Nine Steps, there’s a train, a plane, a dubious damsel in distress and a spectacular cliff-hanger, on Mount Rushmore - the US authorities wouldn’t let Hitch use the real one, the rotten spoilsports, so he had to build a full scale replica, and jolly good it is too.

James Mason is delightful as the suave villain, but the star of the show is Cary Grant, who glides through this comic caper with the sangfroid of a man on a Sunday afternoon stroll, rather than a man in peril of his life. How refreshing to see a chap in his mid-fifties playing an all-action hero who’s irresistible to women! Some actors were scared of Hitch, but Cary Grant never thought so. ‘I couldn’t have worked for a nicer fellow,’ he said. ‘I whistled coming to work on his films.’ And you’ll whistle all the way home after seeing this one.