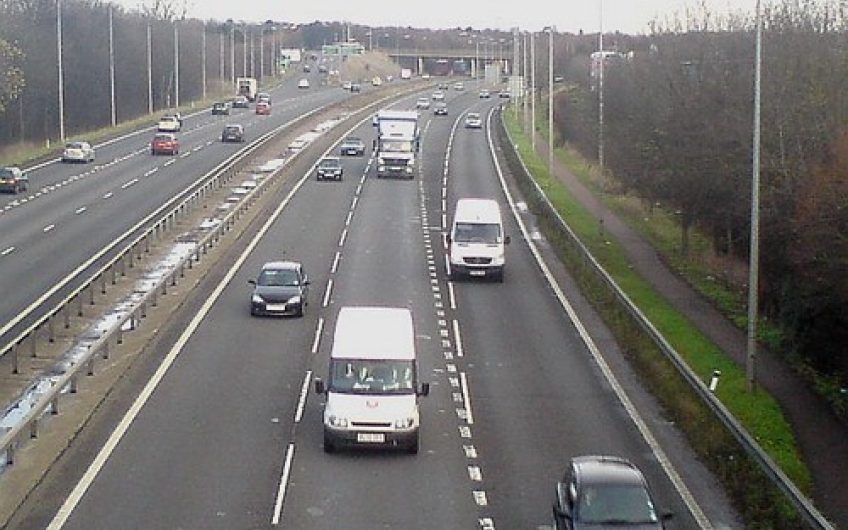 A45 motorway Northamptonshire – (Credit: photojojo3) is licensed under CC BY 2.0
View Full Size
1
of 1

It's just been revealed that new 'smart motorways’ are being put on hold for five years. They aren’t safe, says Alan Judd

You’re driving on the motorway at 70mph in the nearside lane when suddenly what was the hard shoulder to your left is transformed into another driving lane.

Overhead signs invite you to use it. Do you, or do you stay where you are, unsure for how long this arrangement will last and uneasy about what happens if someone breaks down? Most of us, apparently, stay. We like the reassurance of a hard shoulder as refuge in emergencies and don’t like its being transformed into another busy lane.

This is a disappointment to Highways England, who have been pushing for more so-called dynamic and smart motorways to ease congestion: cheaper than building extra lanes, which are what’s really needed.

But they admitted to the Parliamentary Transport Select Committee that smart motorways are not working well, implying it was the fault of the motorist: ‘Too complicated for people to use’, they said. I don’t believe it. Except for brain-in-neutral, daydreaming middle-lane-hoggers, changing lanes is a frequent fact of life on motorways. We do it every few minutes to get round HGVs limited to 60mph. Currently, 68 miles of the motorway network are designated dynamic (ie switchable), meaning that using the hard shoulder is permitted during busy periods. A further 135 miles, designated smart, have no hard shoulder but offer occasional emergency refuge areas.

Highways England rightly worries that a few confused drivers use the hard shoulder outside indicated times, but their main gripe is that people don’t use them enough.

I doubt that’s through confusion; most of us feel safer with a refuge area running alongside and like to keep it as an option, even if it’s in live use. Those using the hard shoulder when they shouldn’t could reasonably blame Highways England for introducing confusion into a familiar, straightforward system. In the recent past, five people have been killed in separate incidents after breaking down on a smart, all-lane-running section of the M1, one man lasting six minutes on what would have been the hard shoulder. On the M6, a child was killed in a car, stationary on the dynamic hard shoulder for just 45 seconds before a lorry hit it.

Yet when asked by the select committee whether motorways with hard shoulders were more or less dangerous than those without, Highways England’s CEO replied, ‘I am persuaded that the difference is so slight that we would not have looked into it.’

What? Not even looked into it? When we’re hounded by absurd health and safety intrusions into other areas of life – no conkers in school playgrounds; the rubbish-tip man not allowed to help me empty a sack of leaves last week – such complacency ought surely to be actionable. And that’s not all. While conceding that they may not expand the number of ‘dynamic hard shoulder, smart motorways’, Highways England ‘may consider’ converting them to permanent no-hard-shoulder status.

Asked what happens when a vehicle breaks down on such a motorway, the CEO, Jim O’Sullivan, assured MPs that technology can quickly divert traffic round a vehicle. In 45 seconds? Tell that to the Marines. When you’ve got tyres screeching behind you and 40-tonners thundering past on both sides, staying put is a dangerous and terrifying option. But how do you get your passengers – children? pets? – to safety? Mr O’Sullivan should give it a try one day. ‘Nothing to the Left,’ Lenin is supposed to have decreed. It may have worked for him but won’t, I think, for us.