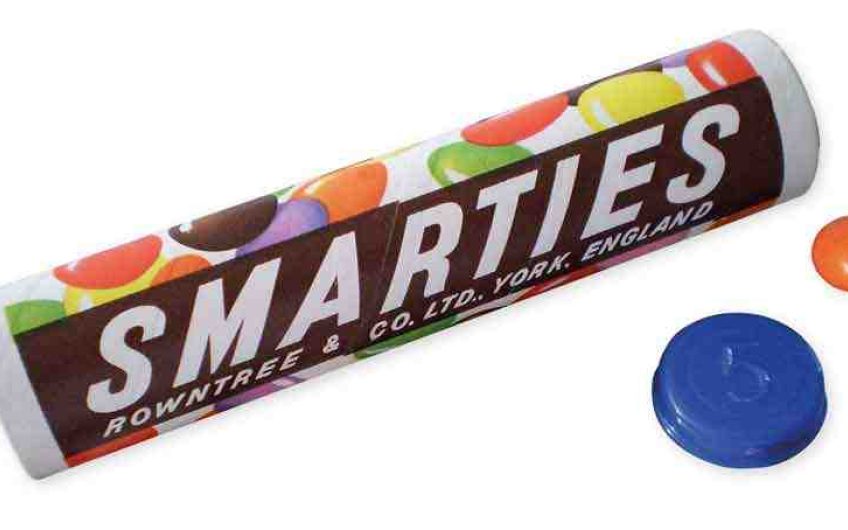 These days of enforced solitude have increased the need for guilty pleasures, and this has been my guiltiest so far.

The other day, for the first time in years, I bought myself a tube of Smarties.

Only now it barely qualifies as a tube. In place of the old, cardboard cylinder (pictured), there’s a flimsy, hexagonal ‘pack’, introduced in 2005, with no plastic top (so satisfying to flick out with one’s thumb). The real let-down was what I got for 90p – a miserly 33 Smarties.

When I was growing up, they seemed as much currency as confectionery. A boxful, then costing 1s 6d (7.5p), represented real wealth to me. In that era of minimal hygiene regulation, you could also buy loose Smarties, shovelled in a metal scoop from a glass jar containing multitudes.

Even then, I felt a bit of guilt, for they seemed baby sweets like Dolly Mixture or chocolate buttons. However, the passing shame was well worth it. You could pack your cheek with them like a hamster, though it was far more pleasurable to savour them in twos and threes, separating the chocolate from their shells in your mouth or letting them dissolve on your tongue.

Those Smarties were brilliant and lustrous and each had a character one could have recognised in a blind tasting. The light brown kind were filled with milky chocolate. Dark brown ones were coffee-flavoured, orange ones tasted orangey and red ones – bold enough to bet on a roulette wheel at Monte Carlo – tasted unmistakably red.

Twenty-first-century Smarties, by contrast, are semi-matte, washed-out shades of pink, violet and green, like old-fashioned ones already half-sucked. No doubt it’s the result of being ‘free of all preservatives’, as their quasi-tube tells us, amid an overload of other inedible information.

Invented in 1937 by the Rowntree company, Smarties are now owned by Nestlé, which the British used to pronounce like another word for cuddle, but have reluctantly learned to call Nest-lay.

So many of our other favourite chocolate treats have undergone drastic portion control, while steadily increasing in price. Whenever I see displays of today’s miniaturised Mars bars, Aeros and KitKats, the same thought occurs: ‘They’re having a laugh.’

Admittedly, it’s a common illusion for things in one’s childhood to seem in retrospect bigger than they really were. To support me on the chocolate, I therefore call on a classic British black-and-white wartime film about people being sweet on each other. In Brief Encounter (1945), when Celia Johnson’s garrulous woman friend buys two one-shilling bars in the station buffet, they look almost the size of house bricks.