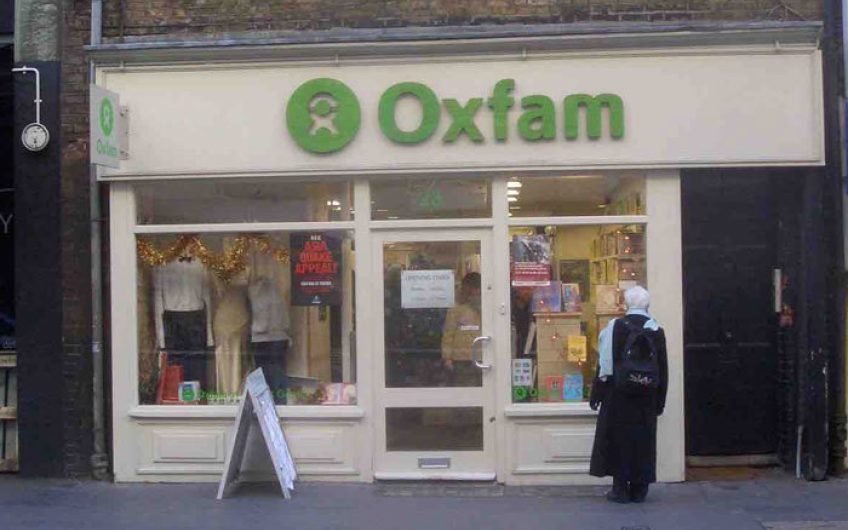 It’s not news that the high street is in difficulties and shops are shutting… but when charity shops start closing down, it looks we could really be in trouble.

In the East Midlands market town of Kettering, the Oxfam shop, which has been in business there for 30 years, has just announced it is accepting no more donations because it’s due to shut.

Is it the competition from around ten other charity shops in the town? Or could it be the fallout from the Oxfam sex scandal which led many people earlier this year to take their donations and their custom elsewhere? Or is the economy of towns such as Kettering – once at the heart of the now long-gone British boot-and-shoe industry – in a parlous state?

An Oxfam spokesperson denied there was any link with the sex scandal.

And Brian Harley, the charity’s East Midlands area manager, said: ‘We face the same challenges as other high-street shops to cover rent, utilities, business rates and staff salaries in a tough retail environment. Kettering, for example, has also seen the closure recently of several major retail brands.’ But he admitted that ‘low footfall’ can be a factor in closure decisions.

He stressed that there is a plus side: ‘We also look for new opportunities, and in this financial year we are on track to open 19 new shops while 19 will close.

‘We know the Kettering shop will be sadly missed by its loyal customers, and we’d like to thank those who have shopped with us, as well as the staff and volunteers who have worked hard over the shop’s 30 years of trading.’

The bottom line seems to be that Kettering’s impecunious bargain-hunters have a surfeit of charity shops to choose from and that, for whatever reason, they have not been spending enough in their Oxfam shop to keep it going.