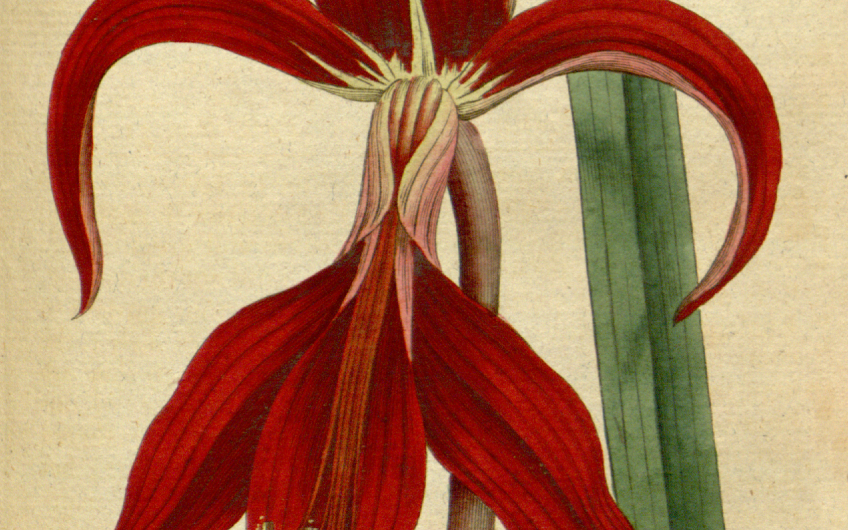 O tempora, o mores – as us Latinists like to say. Or - for the benefit of the world’s botanists, who’ve just crazily turned their back on the most influential language known to man – “Oh, what terrible times we live in! Oh, what declining standards!”

250 years after the Swedish genius, Carl Linnaeus, came up with the binomial Latin naming system for flowers, gardeners are junking their classics. Gardeners can now buy “Ben” the Ficus Benjamina, “Big Ken” the Howea Forsteriana and “Sharon” the Chamaedorea Elegans.

It’s true, the binomial system – whereby all plants are given a genus and a species name in Latin – is surviving. But another rule – that all botanists must register an official description of a newly-discovered plant in Latin – has recently been dropped.

After a 2011 vote at the International Botanical Congress, you can now describe your new discoveries - of plants, fungi and algae - in English. (New animals will still have to be described in Latin.)

At their annual gathering in Melbourne, modern botanists then attacked the use of Latin as an “irrelevant anachronism”. But it is in fact fantastically useful.

Because Latin is a dead language, its definitions are set in stone. With living languages, you get constant development and blurred overlaps between different tongues: thus Franglais, a mangling of French and English, and Denglish, a mixture of German, or Deutsch, and English. With Latin, there’s no wriggle room; no room for error, misunderstanding or bargaining over meaning between different countries.

Latin is the grandfather and touchstone of the romance languages that followed in its footsteps. It is the ultimate lingua franca – the “bridge” language that can be used by other languages as the key to all meanings.

That precision, in a root language shared by its descendant languages, is what botanists need when they’re describing new plants.

Without Latin as the international botanical language, you have countless names for the same plant. So we gave Digitalis the charming, but vague, name of foxglove – thanks to the legend that foxes used the long, tubular flowers as gloves over their paws to mask their pawprints on the henhouse door. The French call the foxglove “gant de Notre Dame”, meaning “Our Lady’s Glove”, and the Irish call it a “fairy’s cap”.

Cue massive confusion at any botanical gathering – but for the wonderful unifying, defining power of Latin. All nationalities can then settle on the official name, Digitalis, to accompany those unclear slang names, alluring as they are.

You don’t need to have learnt Latin to learn Latin botanical terms – the excellent RHS Latin for Gardeners, by Lorraine Harrison, explains it all. And what a lot of romance, history and sheer knowledge you kiss goodbye to, when you jettison botanical Latin.

Take the simple Latin stem, “acanth-”, meaning “spiky, spiny or thorny”, as in “acanthocomus” (“with spiny hairs on the leaves”) or “acanthifolius” – “spiky-leaved”, as in the spiky, flowering aster, Carlina acanthifolia.

“Acanth-” also provides the root of Acanthus, the herbaceous perennial which, like so many plants, takes its Latin name from a Greek term, “akantha”, meaning “thorn”.

It’s the Acanthus plant that you’ll find carved around the capitals of Corinthian and Composite columns across ancient Greece and the Roman Empire. The word is in turn derived from the Greek nymph, Acantha, who fought off a pass from the randy God, Apollo, only to scratch him in the face in the process. The rejected Apollo was so incensed that he turned her into the spiky Acanthus plant on the spot.

Now you know all that, you dumbed-down botanists, can you honestly say you’d prefer to use the dreary term “spiky” - rather than the irrelevant anachronism, “acanth-”, and all its related, magical words?

Other professions have tried to jettison Latin – to their cost. In 1998, Lord Woolf, then Master of the Rolls, was head of the committee that tried to remove Latin terms from English law in a bid to make the law more accessible.

But lawyers and judges have doggedly clung on to the greatest language of them all. Some have done so out of nostalgia, but others have discovered that there just is no neat, quick English equivalent to the old Latin terms. It is in the nature of Latin to compress English into short, meaning-packed phrases. It’s like a translation concertina – you squeeze English into compact Latin; and you expand Latin into wordy English.

So, terms like “res ipsa loquitur” – “the thing speaks for itself” – is still often used to mean “it is self-evident” in court. “In camera” – from the Latin, “in the room” – is also used to refer to meetings conducted in private with a judge, as opposed to in open court.

And so it goes on: “per incuriam”, “through lack of care”, is used of improperly-made judgements. “Obiter dicta” – “the words said in passing” – mean remarks made in a judgment which are persuasive but not binding on subsequent judgments.

The rationale behind getting rid of Latin in court was that it confused people who had never studied the subject. And it’s quite right that Latin is rarely used in jury trials – where it might look pompous, or go over the jurors’ heads. But, when lawyers are arguing among themselves, they understandably prefer Latin because of its brevity and precision.

It depends of course where you draw the line. Use Latin when it aids explanation; don’t use it to show off. After all, a huge amount of Latin is still used in everyday language – so everyday that we don’t notice it, or sometimes even realise it’s Latin.

In one recent case, a family law barrister was ticked off by a progressive judge for using too much Latin. The barrister proceeded to pepper his remaining speeches with everyday Latin: “eg”; “et cetera”; “interim judgments”. The judge took the point.

There’s no danger of surgeons changing the name of our bones, either, thank God. The humerus in the upper arm is still the humerus; the tibia is still next to the fibula. Again, how much more precise it is to have a specific, long-used name for a particular bone, rather than to give it a vague English name like, say, “the bigger, stronger bone below the knee”, rather than the tibia.

And, again – just as with the plants – how helpful to have agreed medical terms across countries and languages. Next time you break your leg on an Alpine ski-ing holiday, be grateful for the ease of saying you think you’ve broken your tibia, rather than trying to work out the Swiss-German for “the bigger, stronger bone below the knee”.

Latin is far from being anachronistic. Not only do we still use plenty of original Latin in our everyday speech but it also dictates the structure of most of our words – two thirds of English words are Latinate.

The only way forwards is backwards – learn Latin, and history, medicine, law, language and botany click into super-sharp, bang-up-to-date focus.

Cut Latin from your life, as these foolish botanists are doing, and you’re cutting out your own legs - tibiae, fibulae and all - from beneath you.