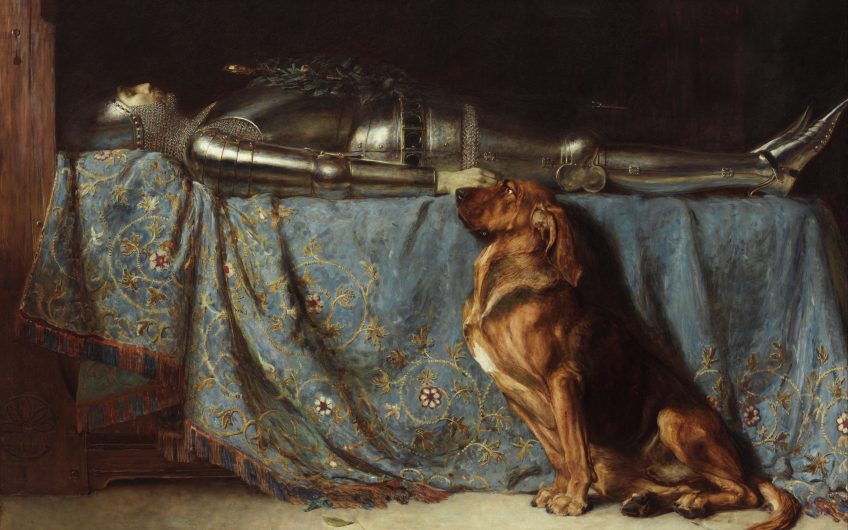 For the vast majority, there will be no obituary and, for that, gratias agamus.

Many of us, myself included, will be very pleased not to have the years of child-rearing, failure, and general wilderness documented for public consumption when we die. Others write their obituaries preemptively, leaving behind a copy of the official narrative for when the editors start calling. But in death as in life, the party-line is hard to pin down.

My late grandfather, Robin Belhaven & Stenton, did no such thing of course. But his death last December at the age of 93 left his family with the task of shoe-horning his life into something that would fit the genre.

Much hand-wringing ensued. A life spooled out before us, magnificent and unruly; in between the page and the person a great chasm loomed. My mother, a novelist, set to work. Tales of his childhood in Aberdeenshire, his life as a hill-farmer in Galloway and peeling wallpaper in Lanarkshire filled the page. Sent out to the family for approval, a volley of late-night emails followed. You forgot to mention Eton, my sister shrieked; you forgot to mention yourself, I chipped in.

A copy of the Telegraph was hastily bought for us to brush up on our obituary skills. Alas, Sir David Barclay took the top spot that day and we felt as at sea as ever. It would have been much easier, my mother sighed, if he had been a public servant and had processed from Christ Church to the Foreign Office via a series of Whitehall appointments. But he had not.

A hereditary peer, he took up causes as varied as Poland (latterly earning him the Polish Order of Merit) and a lifelong, vociferous, hatred of Tony Blair. Rightly or wrongly, I remember him best for his pro-smoking campaign in which he led a coach-full of Peers pipe-in-mouth to a smoking factory on National No-Smoking Day, securing him the Times front page. For reasons of current public sensibilities, it was decided this should be omitted from the final version.

In an era of Covid, where the stories of the dead compete with the statistics, a printed obituary could seem like an anachronism, a relic of a bygone era before the cause of death hardly warranted asking.

In the end, much to his delight, my grandfather did not die of Covid. But in attempting to tell the story of his life, we are confronted with the need to memorialize the dead in short-form, an imperative that is as vital now as it ever has been. The ancient form of the obituary, sometimes arranged in verse but more often in prose, affirms life not simply death, a fact that seems to have become obscured in the daily fatality figures.

Long live the obituary, whose narrative arc offers a compelling finality and an intimate knowledge of another person, both things so starkly missing from our pandemic lives. Above all, I know Grandpa would want it to be amusing. Let’s hope an obituaries editor can dig out the pipe-smoking front cover.

The pleasure of reading – Antonia Fraser