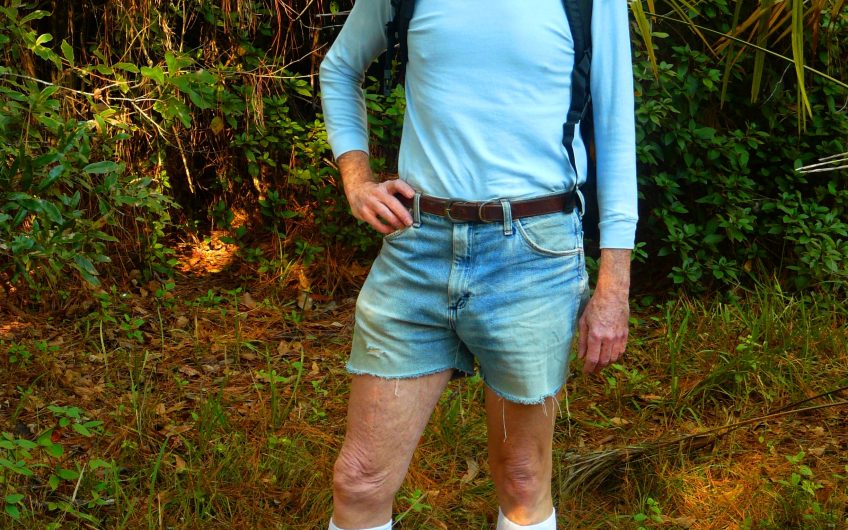 A legal ruling has declared that men must be allowed to wear shorts at work if they want. It's a tragedy, says Liz Hodgkinson

At the slightest hint of sun, you see something that, quite honestly, should never be glimpsed in polite society or even impolite society – old men in ancient shorts.

Showing no shame whatever, these oldies openly parade their spindly, white, veiny legs on the streets, on trains, in pubs and restaurants, and even in the theatre. One 70-something friend, justifying his urge to put on shorts, said, ’We get over-excited when the sun comes out.’

Well, you might get excited but we, the poor onlookers, don’t. Quite honestly, we do not know where to put our eyes, even if we're the same age - I'm 76. You never see old women in shorts – we have far too much self-respect.

It wouldn’t be so bad if their shorts were the smart, tailored kind that some policemen wear with long socks in hot countries. But no, old men are so mean that they will never buy new ones and so, year after year, they bring out the same flimsy, off-white horrors they proudly wore in their school athletics team fifty years ago.

The older men get, the less they can resist any opportunity to dig out their schoolboy shorts – and not only in the sun, either. You also see these elderly blokes all year round in the gym, grimly pounding away on the treadmill in the kind of shorts that should have been cut up for dusters decades ago.

Younger men aren’t quite so keen on shorts, and schoolboys these days wear long trousers, even in summer. So, seniors, do us a favour – no shorts, please, ever – except perhaps on the beach. Admit it, you just haven’t got the legs, or even the face, for them any more.

And if you really, really can’t resist the urge, at least buy some new, knee-length shorts and put in some time at the tanning salon first.