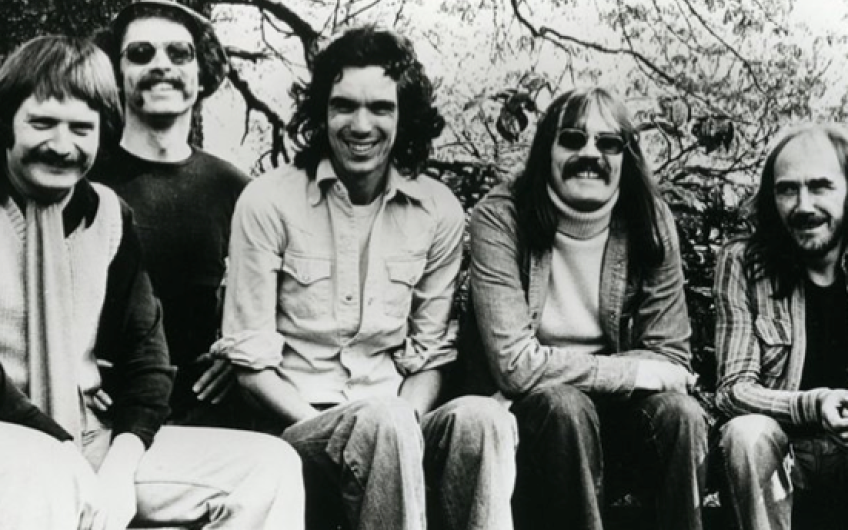 Whenever the Rolling Stones emerge to play concerts, it’s almost obligatory for the media to add up their ages – which at the latest count for Jagger, Richards, Watts and Wood total 293 years.

Running them close, though, are a band of similar longevity – The Soft Machine, not a self-tribute act but a living breathing bunch of legends, still creating new music and still on tour.

I caught them in Farncombe, Surrey, in the midst of their latest string of UK dates – not at stadiums but at small provincial venues packed with loyal fans, many of whom have followed them since the late 1960s/early 1970s, when they were the first electric band to play the Proms.

The current line-up includes virtuoso drummer John Marshall (with the band since 1972), bassist Roy Babbington (who walked out in 1976 only to return in 2009 – quite a lay-off), guitar wizard John Etheridge (another returnee in 2004, after leaving in 1978), and new boy Theo Travis who has only been playing saxes and flute with the band for 10 years.

If it weren’t for young Theo, 53, the Softs could beat the Stones on age total. As it is, they can only manage 275 years between them.

The Soft Machine don’t pretend to be young. ‘We need the interval to take aspirin and have a lie down,’ says Etheridge. But when they play their full-tilt fusions of rock and jazz, they display more musical power and attitude than bands less than half their age.

To be this good, advanced years and long experience come in handy.