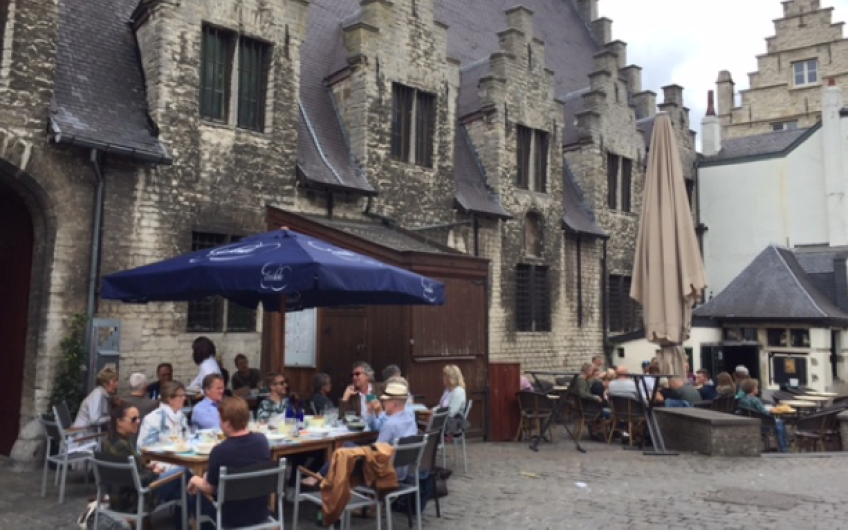 ‘Savour a Slice of Reality in Ghent’ – William Cook’s travel piece in the October 2016 issue – sold the destination to the Oldie office. ‘Whenever I return to Ghent, my favourite city in the Benelux, the first thing I do is go to the Groot Vleeshuis for a Belgian beer or two (or three or four) and a slap-up meal.’ The Groot Vleeshuis is the Great Butchers’ Hall (pictured above), dating back to the 15th century, with a medieval timber truss roof, supported by great beams strung with hams. The hulking cuts of meat have dangled from the rafters for centuries.

At the staff Christmas lunch, destination ideas were bandied around; last year, the staffers ventured to Paris and, years before, they’d flown to Palermo. Contenders for the 2017 expedition included Lille and Marseille, but it was Ghent that sparked the most enthusiasm.

Oldie staffers, flâneurs for the day, wandered at large across the city. It started with a ‘Harry Mount’ walking tour that wound through the cobbled streets, past St Nicholas’s Church and the 16th-century Masons’ Guild Hall. Then on to St Bavo’s Cathedral, home to ‘The Adoration of the Mystic Lamb’, the Van Eyck brothers’ 15th century altarpiece. The tour trundled past the amazingly Gothic town hall, in stark contrast with its classical neighbour, the old Butter Market. At this point, some staffers went missing. They were later found at the ‘Waterhuis aan de Bierkant’, the local watering hole. This famous beer spot serves more than 160 beers – amber, blonde or brown – with startlingly high alcohol content. After that, some staff were more frazzled than flâneur, but all the more jolly for it.

William Cook correctly observed that Ghent, unlike its Flemish neighbour Bruges, is not overrun by tourists. It’s also not excessively twee. The Oldie trip was – thankfully – free from Disneyfication. Bruges, with its lace and embroidery shops, swans and turrets illuminated at night, is perhaps just a bit sugary-sweet for Oldie taste buds. Ghent, a glorious meeting of the Flemish reality of Brussels and the fairytale ‘floating’ architecture of Bruges, is a functioning university city, both beautiful and real. 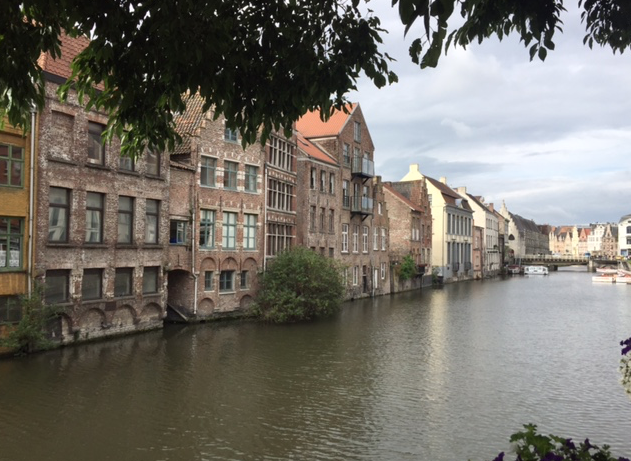 Not too twee: Ghent's canal vistas are not tainted by tourists 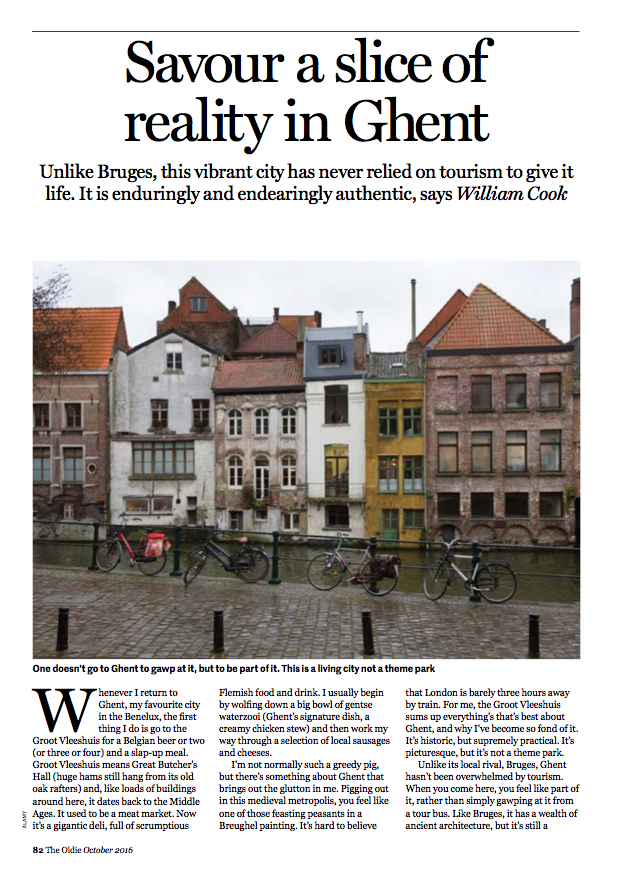