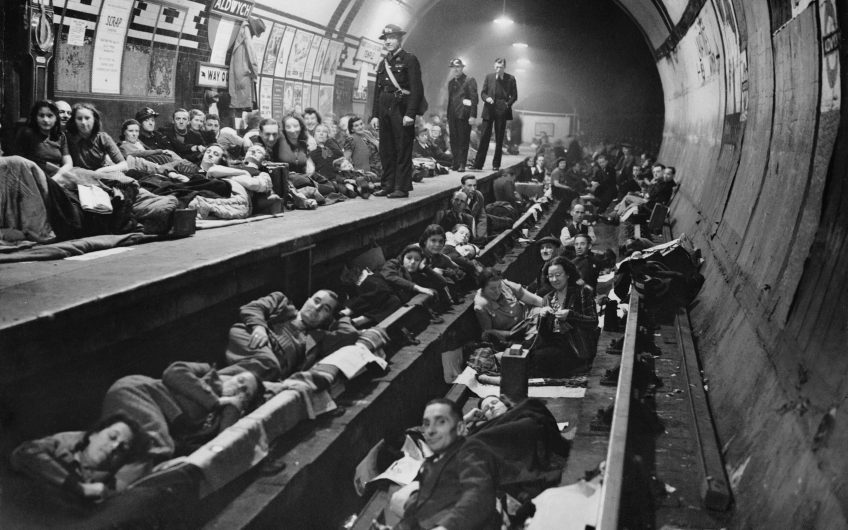 For all the horrors of the coronavirus, older people remain calm because they've seen worse - says Hunter Davies, who is 85 today

During the war, when I was a little boy, all the comics used to exhort us to collect paper in order to beat Hitler. I never quite worked out how we would do that. Drop bundles of the Daily Express on his head?

Our dear king came on the radio and suggested we should never have a bath in more than six inches of hot water. We all admired him for that, though, in our council house in Carlisle, we did not have a bath – or hot water.

Now that I am 85, and quite a toff, and have my own hot and cold-running young girlfriend of 71 – sorry, I mean bath water – I still make sure I use the minimum of hot water. When my wife was alive, I always got into her bath water after she had used it. What a self-righteous glow I always got.

Waste not and want not, that was how we was brung up – in the wartime spirit – and that’s how we continue to behave. This Remembrance Day, when I stand for one minute’s silence, I will think back to those wartime years when we were constantly tightening our belts, counting our D and our E coupons.

But we were happy – oh yes – and also jolly healthy and frightfully thin. That was why we had to tighten our belts. Our short trousers would fall down otherwise. I didn’t go into long ’uns I till was 14. Oh, the humiliation.

We had to eat rubbish sweets made of pretend chocolate, shoes which fell to pieces in the rain because they were mainly cardboard, with no bananas till the very end of the war. My mother used to mash up parsnips and convince us they tasted liked bananas, which we believed, never having tasted a banana. When we eventually got them, what a disappointment! I much preferred the taste of mashed parsnips.

These hardships, shortages, rations and restrictions made people like me the men and women we are today. Mean bastards. I put my penny-pinching habits – trailing round charity shops; never knowingly throwing anything away – to being brought up in the war.

As for taking a taxi, then I would go to the Bad Fire. That was a phrase my mother used, meaning the punishment for doing anything bad. Still, it’s nice wearing tatty, old clothes, eating mouldy, cheap raspberries and then being able to blame it all on the war. That Hitler has a lot to answer for.

Hunter Davies’s wartime memoir, The Co-op's Got Bananas, is published by Simon and Schuster (£8.99)