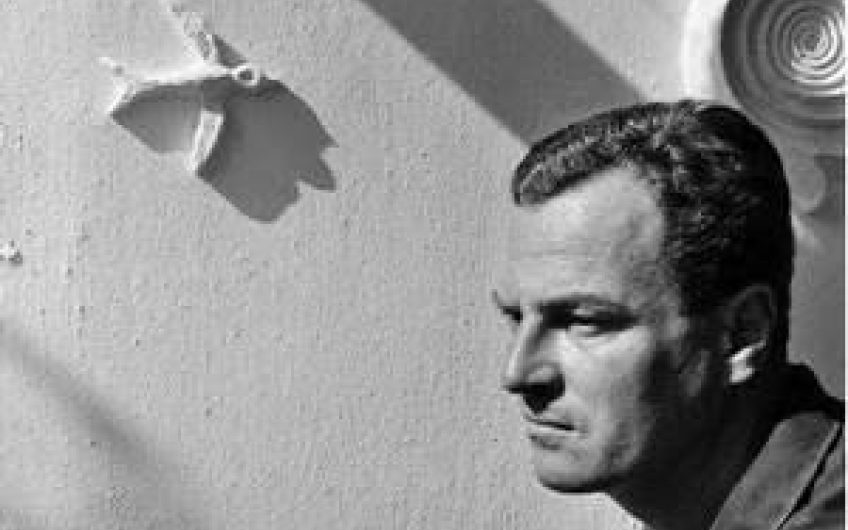 I am afraid that, just as Liza Dolittle might have said of gin in My Fair Lady, so of Paddy Leigh Fermor, I could remark, “I think it was me what done ‘im in”.

I never met Paddy, but not for want of trying on either side; ours was a unique relationship of rooms-just-left, right-weeks yet wrong-countries, if-only-we-had-knowns or you-should-have-saids, filled instead with lengthy exchanges, a constant correspondence often with erroneous enclosures like hearing aid invoices and extended conversations on the telephone between Kardamyli and Dorset that lasted for hours as he very kindly agreed to edit much of my first book, In the Dolphin’s Wake; the tale of my five and a half thousand mile journey through the Greek islands from Venice to Istanbul in 2006. I still have the pencil marked papers - “de trop” being a favourite comment.

Four years, 27 rejections later and my courageous newly appointed publisher, Anthony Weldon, at Bene Factum, came up with the outlandish suggestion that Paddy might actually endorse my work. A scheme so fraught with eventuality that Elpida Beloyannis, Paddy’s devoted housekeeper, was driven to the point of near nervous breakdown and the diminutive publishing house to its knees thanks to exorbitant courier charges alone.

“’e love your book very much, Harry, but every time he put it down he can’t remember where he left it”, an exasperated Elpida explained to me over the phone long distance from the Mani. Indeed toward the end, so great were the number of printed manuscripts sent out to Kardamyli, there was one in every room of the house and almost one on every side table too. “Your bloody book, ‘i’s everywhere”, the beleaguered retainer would cry.

But as the days wore on, so the possible seemed to grow ever impossible and, just weeks before Paddy’s death, we were told to prepare a quote which he would sign off - reluctantly, we agreed and my redoubtable editor, Alan Ogden, manfully squared up to the unenviable task of drafting something “in the style of” which the more we tinkered with, grew ever more unremarkable, contrived and least Fermoresque. Hastily despatched to Athens, either the gods were smiling, I was up to date with Hr Majesty’s Revenue & Customs or both, I shall never know, but almost by return an envelope arrived in Paddy’s unmistakable if shaken hand - it contained two printer labels with kind words that only he could have written and only I could have dreamed of.

The truth of the matter is, I suspect, In the Dolphins Wake was quite possibly the last thing Paddy ever read - hence my, perhaps now, not so outlandish opening statement.

But Paddy was very kind and generous to me, which he needn’t have been, and yet he was, despite being desperately ill in his last year; rare traits these days but gifts which define him as a special and unique character in my life whose wholly undeserved words make him stand out not just for the past but for the future too.

We launched Dolphin in the Officers Mess at Wellington Barracks on 9 June 2011; the same day Paddy flew back to England for the last time. As I mentioned his name in my speech, not only did a great cheer go up from the assembled guests but the massed bands of the Guards Division, preparing to beat the retreat, broke into fanfare on the drill square below and an enormous rainbow appeared in the sky behind me; folk will scoff, and rightly so, but, at the time, it was as if he was patting me on the back and urging me on.

We partied til dawn and, later, walking home, I rang Elpida to report how things had gone the night before. It was then she told me that Paddy had died.

You will appreciate therefore that, alas, mine is but a pitiful walk-on part at curtain, already lost in a crowd scene - I have no cause celebre claim to Paddy’s memory other than, some might argue, that my beginning started with Paddy’s end. Not the greatest of accolades and its certainly been a steady yet raucous downhill ever since, as many will no doubt happily and freely testify, but none the less, Patrick Leigh Fermor stands like a lone figure in a landscape lost to time. Adventurer, war hero and writer, his deeds - the stuff of legends – lie testament to the memory of a great man, known the Greek andartes as the immortal Philedem!