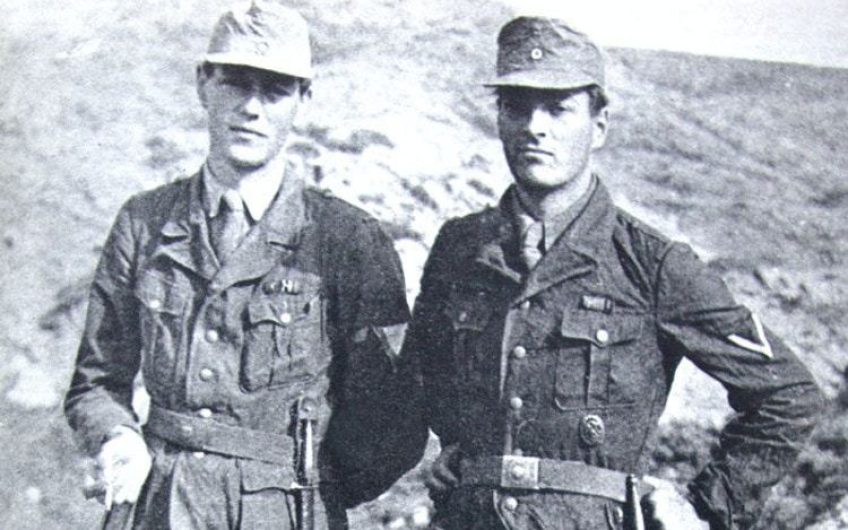 Billy Stanley Moss and Paddy Leigh Fermor in Crete in April 1944, in their German uniforms used for the kidnap
View Full Size
1
of 1

75 years ago, Patrick Leigh Fermor pulled off one of the great feats of derring do of the Second World War. On May 14, 1944, he completed the successful kidnap of General Kreipe, the German officer in charge of Crete during the war. On that day, Leigh Fermor managed to escape Crete, with the general still under his guard.

To celebrate the anniversary, there will be a special showing at the Travellers Club, Leigh Fermor’s old club, of Ill Met by Moonlight - the marvellous 1957 film, starring Dirk Bogarde, telling the tale of the operation.

But Leigh Fermor didn’t act alone. That film was based on the 1950 memoir of the kidnap by Leigh Fermor’s fellow officer, Billy Stanley Moss. In the current issue of the Oldie, there’s a wonderful letter from his daughter: Christine Isabelle Cole:

'I was interested to see that The Oldie plans a reader trip to Crete: Land of Heroes in October. Scheduled for Day 5 is a ‘pause where SOE Major Patrick Leigh Fermor ambushed General Heinrich Kreipe’. In the same (March) issue is ‘Paddy, the King and I’ by Hamish Robinson, who writes, ‘The call came to tell the story of the capture of General Kreipe – the German officer Paddy kidnapped on Crete in 1944.’ It is of course true that Paddy Leigh Fermor was in charge of that imaginative and audacious kidnap operation. But he would have been the first to insist that it could not ever have been achieved without the resourcefulness and courage of the other Heroes: his companions-in-arms – the Cretan partisans and his 22-year-old fellow officer, my father, William ‘Billy’ Stanley Moss. In the guise of chauffeur, my father coolly drove the general’s car through 22 German Army roadblocks and so spirited PLF, in the guise of the general, together with the partisans and General Kreipe himself, out of Heraklion. My father was awarded the MC and wrote Ill Met by Moonlight – his account of the kidnap operation based on his wartime diary. Published in 1950, it is still in print. Very sadly, though, unlike his friend Paddy who lived to a great age and became a legend in his own right, my father died young, at 44. But in Crete, truly a Land of Heroes, he too is remembered as one.