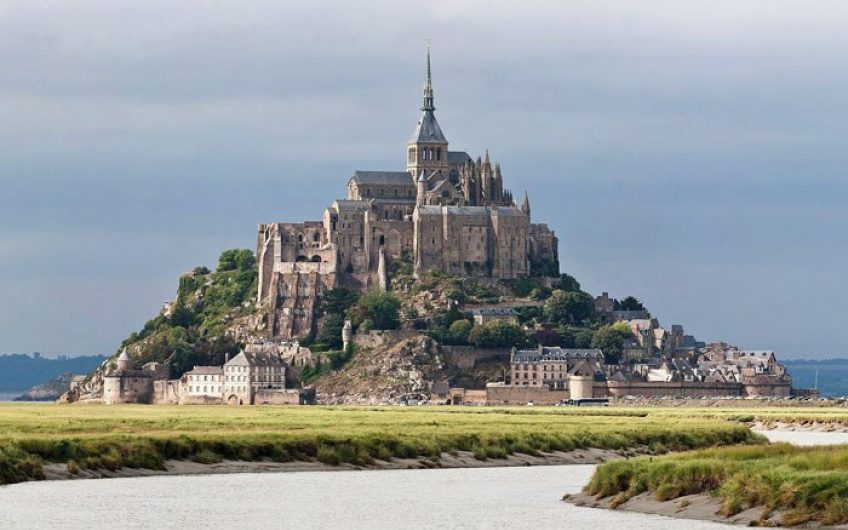 Twenty-five years ago, I was living in France full time. We had a granite farmhouse in Normandy, which we could never afford to restore. We raised the children there. They went to the local school and became fully bilingual. I was fully bilingual myself after a few shots of Calvados in the morning coffee. I wrote my Peter Sellers book, shuffled about in a beret with a baguette under my arm, and put on tons of weight with the long lunches, endless dinners and gallons of cheap wine.

This was the prehistoric, pre-computer era. We had no access to British telly or British newspapers. The fax machine had come in – does anyone remember those fading yellow sheets that always jammed? – but Googling hadn’t been invented. The World Wide Web had yet to be dreamed up. Mobile phones were non-existent, as was ‘social media’. No email had been sent. We came back to Britain eventually because what we might laughably call my ‘career’ required access to publishers, editors, libraries and cinemas. I felt I needed to be back in the swing.

The only place where we could afford a big family home was in the Herefordshire Balkans. I suppose I was not to know in advance that the shabby market town of Bromyard would turn out to be as much in the swing as Albania, and that the train journey from Great Malvern to Paddington was positively Trans-Siberian. But, anyway, I languished and fulminated there for a couple of decades. Eventually the children grew up, drifted away, came back, were turfed out, and my wife was appointed child and educational psychologist for Kent. We moved to a tiny house in Rochester, which isn’t far away at all from the Channel Tunnel. The temptation was too great. We bought a big house in Normandy as well.

'It is perhaps a terrible mistake to go back to a place where one once was happy.'

Changes are never for the best. The first shock was what the French have done to their own landscape, inflicting more deliberate damage on it since the Nineties than the Allied invasion and bombings had in 1944. I recalled the countryside of the Manche and the Orne as deeply wooded and bright green, with hedgerows bursting with hawthorn blossom, apple orchards, picturesque barns and cows dotting the meadows. This has mostly gone. The little fields have become prairies and lanes widened to accommodate massive tractors and combine harvesters. The hedgerows have been grubbed up. Horrible cement sheds have been erected for the agricultural machinery. As in England, the vistas and horizons are blighted with disgusting wind turbines.

Worst of all, the French will run amok with chainsaws. Everyone has wood-fired central heating, so they are out day and night in the spring and summer, stocking up on logs for autumn and winter.There used to be a lovely oak forest near Argentan, with the trees sweeping down to the road, forming a canopy. That’s gone. The view from the castle ramparts at Domfront used to be of venerable trees rolling away as far as the eye could see. Not now. There has been a consequent disappearance of wildlife, the birds and voles, owls and wild boar. The French don’t give a stuff about the environment. They also don’t like the big 19th-century bourgeois houses. Slatted shutters have been torn off frontages, and replaced with plastic blinds. Beautiful iron grilles have gone from windows. Parquet floors are replaced with heavy-duty linoleum. It is not uncommon to find orange carpet tiles glued up the walls.

Luckily, in the house we found in Barenton, which is near Mortain, the old lady whose estate we bought it from dropped dead midway through her vandalism. Some parquet flooring is left. Two windows she hadn’t got to. There is a glorious dining room with silk wallpaper, a marble fireplace and plaster mouldings, which had been earmarked for destruction. If the British have filled this part of France, it is because the French don’t want any of these antiquated places. The younger generations can’t wait to move to the cities. The older French people prefer to move to purpose-built concrete cottages, with a garage in the basement. The first thing I noticed, on moving back to Normandy, was that the quaint little shops had gone, the ’Allo ’Allo! cafés and bars had gone – the people who ran them a quarter of a century ago have retired or died. No one thought to take over the businesses, and anyway there is now a supermarket chain, called Coccinelle, which provides the staples, the bread and the groceries. When I am in the Coccinelle in Barenton, I have to pinch myself to stop thinking I am in the Co-op in Bromyard.

For the chief noticeable difference between Normandy in 2017 and Normandy in 1990 is the sheer number of British people everywhere, whose dwellings can be identified by their hanging baskets. You can go for days and never hear French spoken – because, I am sorry to say, the expatriates tend not to bother with the language or the culture and cuisine of France. There will be exceptions, of course, but generally they even look down on the French as the ‘natives’, much as the British in India must have regarded the Indians. Before the paperwork was done on our house, we had to stay in a nearby gîte. It dawned on me only slowly what was amiss – the place had British sockets, British electrics, British television. I mean, why go to all this trouble, banishing the two-pronged plugs? In my ignorance, I thought it was only in Spain that one found such common sorts, sneering at garlic and being shocked by bidets. When we asked for a recommendation for dinner, we were sent to this absolutely terrible bar filled exclusively with British people who were holding a pub quiz.

Perhaps one of the good things about Brexit is that these hobbledehoys will be deported, sent back to Calais at sword-point, where they can die in Dover on the NHS. They are already howling that their sterling pensions have been slashed by twenty per cent against the euro. The currency devaluation has put our restoration plans in jeopardy also. We need a new roof. I want to prise up the linoleum. The orange carpet tiles have to go. I want to landscape the enormous garden with trees. The attics have space for my library and archives – though that is increasingly unlikely as my son Oscar, who graduated from the Royal College of Art last summer, has taken it over as his studio. The detritus is already reaching Francis Bacon levels.

But that is the great thing about being back – my children have been able to reacquaint themselves with their old schoolmates, most of whom are married with families. We too have been invited to meals with our old French friends from years ago. The welcome has been fulsome, even if they never understood why Peter Sellers poked such fun at them when he was Clouseau.