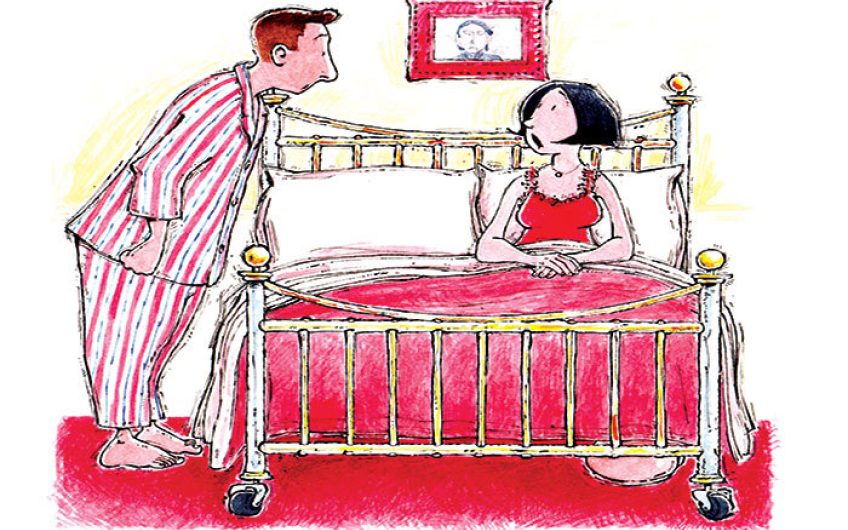 Before their marriage they had used the sheath. Premarital sex had been reasonably satisfying but they decided that after the wedding, she would switch to the diaphragm. It was 1961 and the Pill had just come on the market, but this young couple wanted to wait until that method of baby prevention had been tested by time. In any case they were prepared to take the low risk of pregnancy associated with the cap and spermicides.

After the wedding breakfast they hurriedly left for a honeymoon exploring the Mosel valley in Germany.

The Weymouth to Cherbourg ferry crossing was rough, so the first night in France did not involve any lovemaking. The next day’s drive across France to the Luxembourg border was similarly exhausting, so marital bliss was again postponed.

In a café in Longwy in eastern France a late coffee was followed by a trip to the ladies’ room. Here she powdered her nose, the powder compact being similar to the plastic case containing the contraceptive cap. Owing to tiredness and haste, something was left in front of the mirror in the ladies.

Their open-topped Morris Minor soon crossed into Luxembourg, and on into Germany. They were finally ensconced in a Mosel valley hotel.

A suitable honeymoon repast was washed down with Bernkastel and they retired early to bed.

Just as his loins were beginning to tingle she gasped that she had lost her cap. Memories of the shelf in front of the mirror in the Ladies in the café in Longwy quickly dawned and with a sigh he set out to traverse Luxembourg for the second time that day.

Each set of Customs examined his passport with greater diligence this time, but he was eventually let through. On arrival at the café it was, of course, shut. An irate patron was roused from his slumbers, and a request to go into the ladies’ loo was reluctantly granted. Fortunately he found the plastic case with its contents intact. It was hastily pocketed and with profuse apologies to the café owner the luckless groom prepared to cross Luxembourg for the third time in one day.

The Customs officers by now had become increasingly suspicious, and during the next four hours his person and car were rigorously searched by four different sets of officers. All they found was his passport and a Dutch cap. Each time the cap was discovered he tried to explain in halting schoolboy French and German the reason for it being on his person.

Our frustrated suitor eventually reached the Mosel valley hotel at four in the morning. He had to wake up the owner of the small hostelry, who was not amused. This time he was greeted with German bad grace instead of French.

He crawled into bed clutching the cap. Unfortunately the lady’s sampling of the Bernkastel had induced a deep soporific state. In addition, his phenomenal achievement of becoming the first person to cross the same country three times in one day had so exhausted him that amorous cavorting did not seem to be worth the effort. The marriage was consummated on the fourth day – and both considered it was worth waiting for.

Tony Hancock is back!