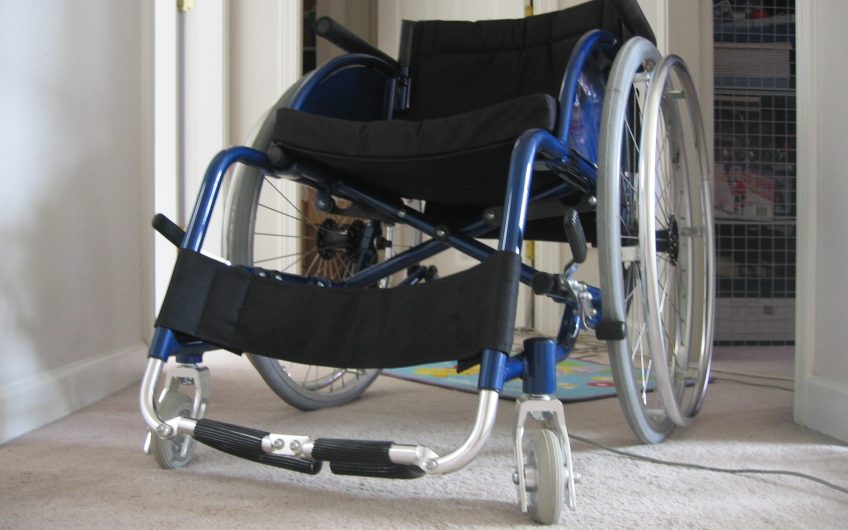 Melanie Reid, writer of the Spinal Column in the Times, is 63 today. She looks back on life after being paralysed in a riding accident

When we married, my husband expressed glee that I was 12 years younger than him because it would be useful when he got older.

‘You’ll be able to push me to the pub in a wheelchair,’ Dave said. ‘And empty colostomy bags, that sort of stuff.’

And I’d say, ‘In your dreams,’ in a fond sort of way and we carried on being fit and healthy and middle-aged.

Just at the point where my career at The Times was ascendant, and he, at 63, was happily anticipating the prospect of being a kept man in retirement, I blew it.

In the few seconds it took me to break my neck falling off my horse, a number of things happened. One was the fastest marital role reversal on record, turning him into my carer. And the second was that I was catapulted into the badlands of advanced old age.

Now it’s challenging, going from a 52-fancies-herself-as-32-year-old woman, to 90 plus overnight… and even nonagenarians have superhero powers compared to tetraplegia. That’s 40 years of acclimatising to decline, frustration, loss of power and independence … pfff! – by-passed in an instant.

With considerable bewilderment, I emerged from the morphine unable to move, wash or dress myself. No one says you ever get used to incapacity but, normally in life, you get time to build up a certain spirit of resignation.

This was car-crash ageing. Decades before my time, I’d joined a new tribe. Luckily, I wasn’t on my own. Dave already had instant membership, too. He viewed my incapacity with the horror of he who realises his settled routine of Daily Mail, grass-cutting and a spot of light moaning at the TV news, followed by the pub, was in jeopardy.

You could say paralysis was a great leveller. Our house became a care home, only with smaller bills. A lady came in the morning, to get me up, and then we were left to ourselves until the next morning. I was tagged with an alarm buzzer. With ramps installed, I could creep slowly around in a wheelchair. A modicum of grip in my right thumb and forefinger allowed me to feed myself, empty my own colostomy bag – ah, the ironies – and show Dave how to work anything involving buttons. Now neither of us could open plastic packaging.

There were challenges familiar to everyone. The anti-spasmodic drugs brought on the equivalent of early-stage dementia - my brain was woolly; my vocabulary went missing mid-sentence.

We made soup slowly, microwaved everything else, ate from trays in front of the TV and generally bumbled along; I reckoned that, between the two of us, with our various shortcomings, we made up one sufficient brain and one functioning body.

We’ve been at it now for nearly a decade. In his 70s, Dave has turned into a character from Still Game, the sitcom about two Glaswegian pensioners. Now eerily co-dependent in our independence, our ingredient for survival is laughter.

I tolerate the plutonium-grade moaning, even his moaning about how much he’s moaning, and try not to criticise his lack of practicality because now I’m even less capable. My new role is to accept my own helplessness, offer tactful advice, watch the screwdrivers clatter onto the floor and say soothingly, ‘We’ll get a new one darling.’

Fascinating place, abrupt old age. There were new tribal routines. Topics of conversation, for a start. The inescapable one: ‘Did you sleep well?’ Couples don’t ask each other this! They already know! But when you’re no longer young hotties entwined all night, you don’t. Now it’s only polite to ask, to celebrate making it alive to morning. It’s an opportunity to discuss cold feet and sore hips.

Incidentally, I never realised sex in old age consists of chatting about how attractive he finds Amber Rudd.

Then there’s the no-small matter of bowels. Double incontinence - a passport to a new land of togetherness. He and I barter packets of Laxido, and discuss the relative merits of All Bran and porridge.

And farts – no more lying about farts. Sadly, because I have no control over mine, the quid pro quo is that I can’t rebuke him for his. Although I do get snarky sometimes: in a wheelchair, one’s at fart height. I remind him of the cocktail party when, in conversation with two other oldies, we were overcome by a nostril-wrinkling smell. Mortified, I made a dash for the garden to check the status of my stoma bag. It wasn’t me. One of those crafty old buggers had done it and not owned up.

These days, I pinch myself, but yes, that really is me lingering over the Easylife catalogue and thinking, ‘Ooh, that could be very useful.’ That is me, excited at the magic device you attach to your carkeys or your phone to locate them (Dave wants one for his dental top plate).

As Billy Connolly says, life is for having fun. Enjoy it while you have it.