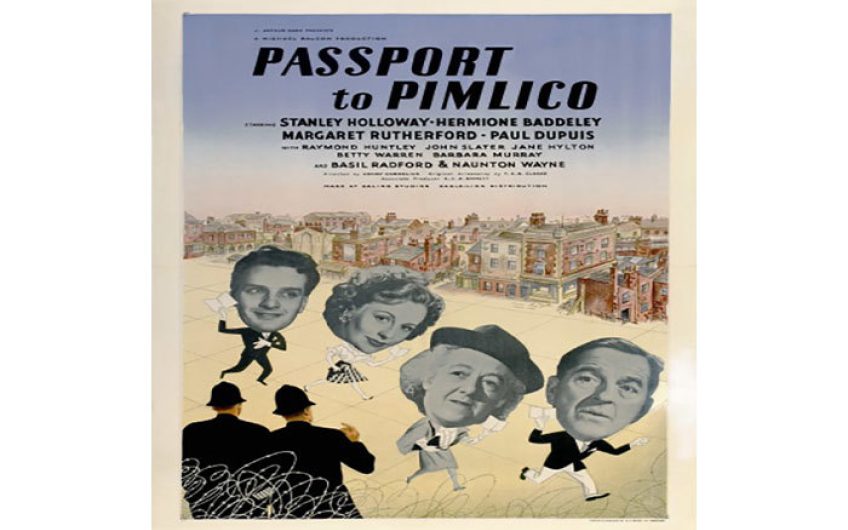 April 28th marks the 70th anniversary of the premiere of the marvellous Ealing comedy, Passport to Pimlico.

The story – of how Pimlico secedes from the rest of Britain – has astonishingly prescient echoes of Brexit.

Pimlico declares independence after discovering an ancient document declaring that it's part of Burgundy. For a while, all is fine and dandy, particularly since Pimlico is free from the austere restrictions of rationing. But things go wrong when black marketeers flood Pimlico, Britain retaliates by putting up a hard border and negotiations break down between Britain and Pimlico.

The residents of Pimlico, cut off from the world, almost starve to death. After intense negotiations (ringing any bells, Theresa May?), the two sides pull off a deal – and Pimlico becomes part of Britain again.

The film also shows how the desire for independence has long been in British hearts but how, in the end, we’re really not that rebellious after all.

Will modern Britain end up emulating the classic Ealing comedy? Who knows – but do watch the film.