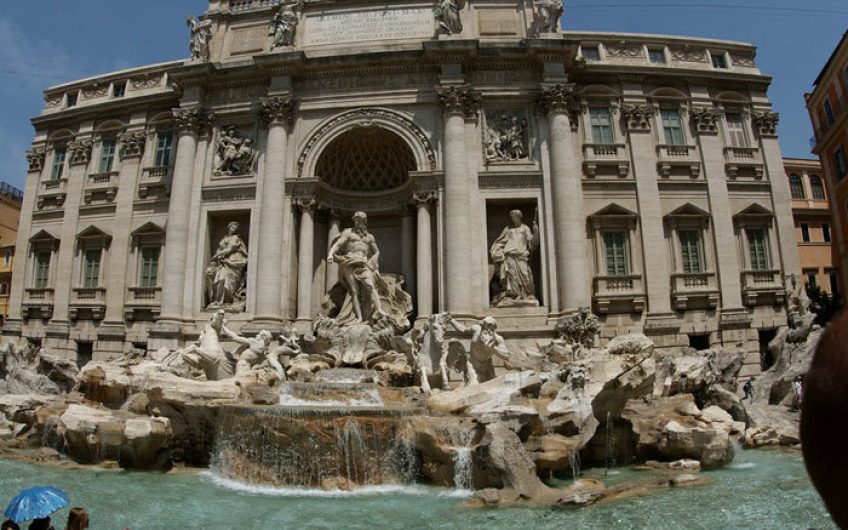 The Trevi Fountain "Rome" by sergio_leenen is licensed under CC BY-ND 2.0
View Full Size
1
of 1

My parents had never been out of England – and when I say England, I mean England. We lived in Leicester and, as the kind mother of a Kent-bred university friend later said to me, the Continent would have seemed dauntingly far away. Our holidays were invariably on the east coasts of Norfolk or Lincolnshire, chilly and blustery even in high summer. My mother had once been to the west coast but, she said, it gave her a headache.

Then, when I was sixteen, came a chance to join a school trip to Italy. Not if it involved an aeroplane, my parents ruled. Happily, we would cross the Channel by boat and proceed by train, modes of transport regarded as marginally less dangerous. Alas, the trip involved a smallpox vaccination. My parents, who were not religious, opposed vaccinations of all kinds for reasons that were (and still are) opaque to me. There were long and bitter family arguments, during which I unsuccessfully pleaded the need to acquaint myself with Renaissance treasures. Finally, I said that, since I could not possibly tell my friends that the vaccination was the problem because they wouldn’t believe me, I would have to say we could not afford the money. That did the trick. Family pride dictated surrender.

We visited Rome and, I think, Florence and Assisi. On the train through France, I impressed a Frenchman with my pronunciation of Organisation de l’Armée Secrète (a terrorist group opposed to Algerian independence), drawing an admiring ‘exactement’. In the opera house in Rome, I was enthralled by a performance of La Bohème, even though I didn’t understand a word. The first night in Italy, I felt a thrill that I was walking a foreign pavement for the first time, but next morning felt vaguely disappointed that it didn’t seem much different from an English pavement. I remember little else. I recall the family argument that preceded it more vividly and how the prettiest girl in the school wanted me to accompany her to the end-of-term school dance and, because our departure to Italy was due some days earlier, I had to turn her down.