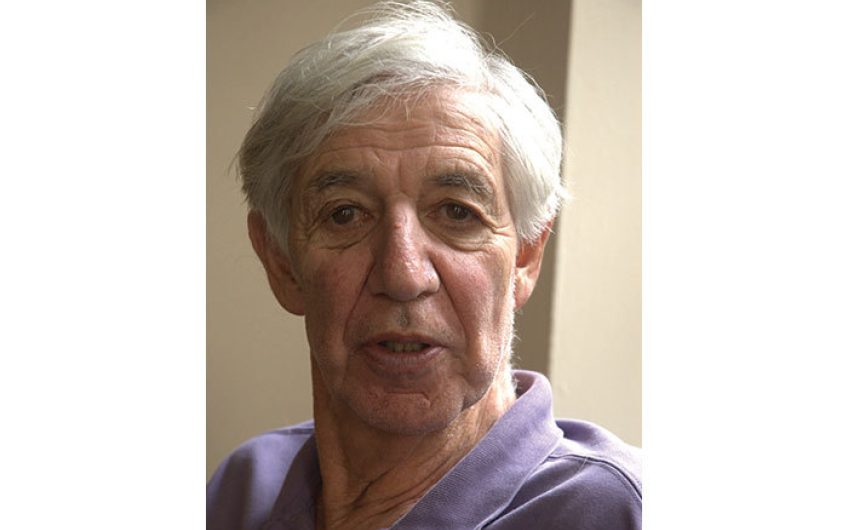 Award-winning biologist and writer Lewis Wolpert grew up in South Africa and studied civil engineering at Witwatersrand University. He came to London and changed to cell biology, taking his PhD at King’s College, where he went on to become an academic. In 1966 he was made Professor of Biology at the Middlesex Hospital Medical School, and is now Emeritus Professor of Cell and Developmental Biology at UCL.

His many books include The Triumph of the Embryo; Malignant Sadness: The Anatomy of Depression; Six Impossible Things Before Breakfast: The Evolutionary Origins of Belief; How We Live and Why We Die: The Secret Lives of Cells; and, most recently, You’re Looking Very Well – a pacey read about growing old in the UK, which is bursting with cultural, statistical, literary and scientific detail and reflection. He is currently writing a book on the differences between men and women from a biological perspective.

Why did you leave South Africa?

To get away from my parents and politics. I was involved with the Communists and used to sell the Communist paper in the African townships. I got frightened.

I had a close friend in the Communist Party and we decided to hitchhike up Africa. Nelson Mandela gave me a letter introducing me to other military groups. I didn’t know Mandela well but found him charming.

I’m still cycling and playing tennis. I’m a bit wobbly and it’s difficult to get my leg over the bicycle bar. My tennis partner is also 82. We play singles on Saturdays and doubles on Sundays. I’m acutely conscious of slowing down physically and when I jog on Primrose Hill walkers pass me. My problem is I’m still seventeen in my head. There are a lot of happy over-eighties – the key features are health and money. To be old and poor is very difficult.

Is physical slowness your only problem in terms of age?

I have a problem with memory – I’ve lost faces and names. I met a woman at a book launch who gave me advice about the book I’m writing, and asked her name. She turned out to be a friend of mine. I was worried about dementia. I see a psychiatrist once every five weeks in relation to a severe depression I had some years ago. I went to see him and meant to ask him if I’m getting dementia. As I was cycling home I burst out laughing – I’d forgotten to ask. I was spending the night at my son’s house in Cambridge. I came down in the morning and there was a young woman washing up. I said ‘Where do you live?’ It was my granddaughter. I hadn’t recognised her.

How do your days go? I’m retired so I spend my days at home lying on my bed with my computer on my tummy typing. Lying down to work has nothing to do with age. It’s comfortable and I like looking at the trees. I live on my computer and I have an iPhone. I’m on Google morning, noon and night.

Have you got wiser as you’ve get older?

A bit. Looking back I realise I didn’t behave that well. I could have handled the divorce from my children’s mother differently. It took twenty years to be friends. And I don’t think I treated my parents well. I wasn’t very fond of them.

When do we start getting old?

One of the markers is when you begin to think about death. I had severe depression at 65, I was suicidal, so I thought about death a lot then. I wrote Malignant Sadness partly to understand what depression was about – I hadn’t a clue. It’s a biological phenomenon. I still take an antidepressant every morning. It doesn’t make one happy. It kills one a bit sexually and makes me feel quite emotionally dead. I try to come off it now and again and find I can’t sleep and behave oddly.

I wonder how long I’m going to go on but I’m not frightened of it – you won’t know that you’re dead. I’m frightened of being ill and not being able to think. I want to be able to choose when I die, particularly if there is no hope of recovery – one should have the right to choose to die peacefully. I’ve become a patron of Death with Dignity.

Have you come to terms with the idea of death?

It’s a very strange business although as a biologist it makes total sense. We’re only here in order to reproduce. You can go on but you have no real function as you age. Evolution doesn’t give a hoot about you except for looking after children.

On a strictly biological definition, that gives you a perfect answer for death. I have religious friends. My secretary with whom I worked for thirty years is Catholic and believes that after death there will be more. A lot of Americans believe in heaven and angels. If there are I will have to apologise. I promise to come back and you can interview the ghost.

So that’s death – what about the meaning of life?

It’s obvious. It’s amazing that evolution has given rise to us. What I work on is embryology, development. We still do not understand the origin of the first cell. You come from a single cell, the fertilised egg. Can you imagine that you were once a tiny little cell?

A bit, yes. What’s the purpose of life now? When you had a job you had to get on, the children and the grandchildren were growing up, there were things to do. I have my partner, and a relationship is a purpose, she looks after me and I try to respond. My book keeps me going. But I can’t think what the next book is going to be about and that frightens me because what the hell am I going to do with my life?

How you would complete the phrase ‘Life is a...’?