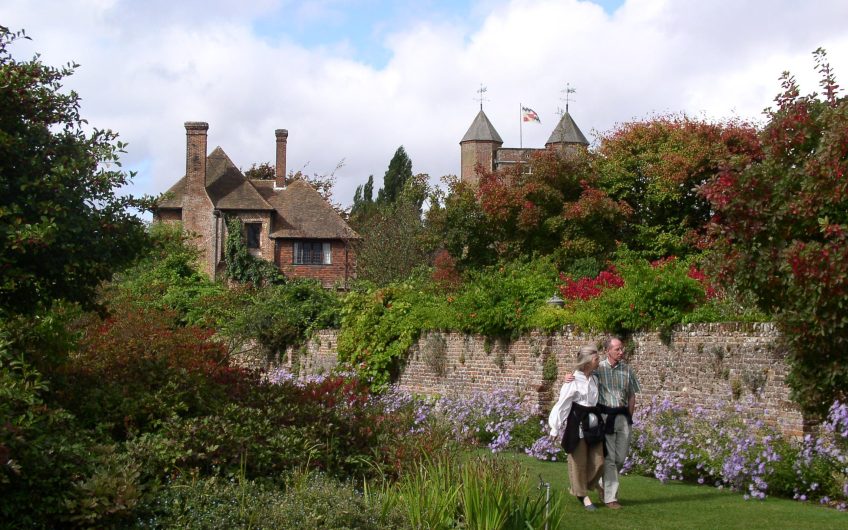 50 years ago, Harold Nicolson, the diplomat and co-creator with his wife, Vita Sackville-West, of the garden at Sissinghurst (pictured), died, aged 81. In the new issue of The Oldie, David Wheeler, our gardening correspondent, sings the praises of that garden.

Nicolson's son, the late Nigel Nicolson, writer, publisher and MP, said the garden reached perfection for only one day a year. Too early, in spring, and not enough of the flowers had come out; too late, in summer, and the floral colour had all but disappeared.

The same applies to the British weather, particularly this year. A six-monther of a winter will be followed by who knows what sort of summer. But, in between, today, here at Oldie Towers, we are basking in the perfect British weather. The windows are open, the sun shines on Great Titchfield Street and, for a brief moment, you could believe that we live in the perfect temperate climate.

Even on a particular day, there are crucial degrees of difference. Now, at midday, the sun is getting a little too aggressive for us northern types. But, as I biked through Regent's Park this morning, it was the perfect hour in the perfect day: that slight, cold undercurrent beneath the rising morning heat; the chill pleasing because you knew that, very soon, it would disappear.

If it gets any hotter, we'll embark on the classic British routine of complaining about too much heat, almost immediately after griping about six months of cold. But, for now anyway, as annoying waiters say, 'Enjoy!'