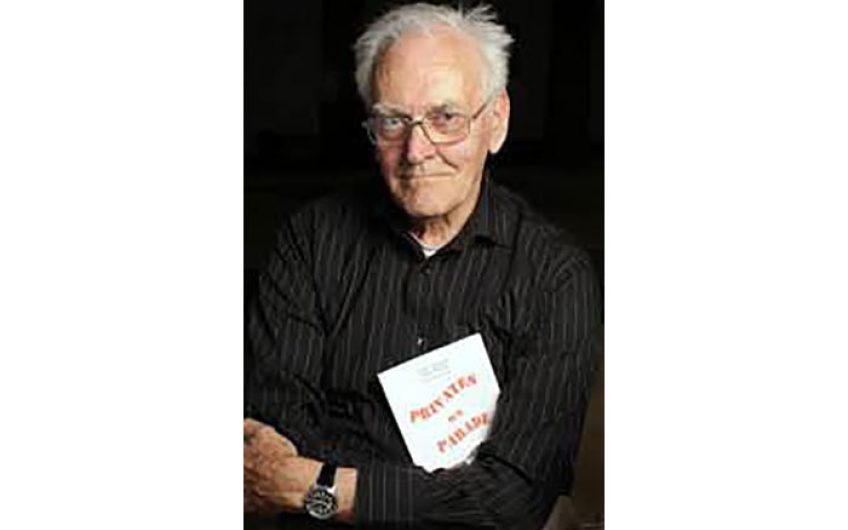 I knew Peter Nichols, who died aged 92 on September 7, liked and much admired him, but was, I think, once the butt of his sense of fun.

That was almost exactly 18 years ago, on what’s now universally known as 9/11. We met in a smart West End hotel for a chat about a forthcoming revival of his best-known play, A Day in the Death of Joe Egg, but knew nothing of the unfolding news of the attack on the Twin Towers. Enter a flustered woman who asked if we’d mind if she watched the television in the next room. I agreed but asked if she’d do so quietly as I was recording an interview.

I later found that Peter had elaborated this to friends as “Fuck off, you stupid American woman. I’m trying to interview Peter Nichols”. Characteristic, in retrospect, of the mischief never far from the surface of an otherwise almost pathologically gloomy man.

The style of his plays he himself called “funny boo-hoo”. He had enjoyed considerable success with the semi-autobiographical plays that were performed in the 1960s and 1970s, and not only with Joe Egg, which dealt with his own profoundly brain-damaged daughter in a way he called “more Coward than Strindberg”. There was The National Health, a state-of-England play inspired by his own stay in an NHS hospital, Forget-Me-Not Lane, based on his upbringing in Bristol, and, in 1977, Privates on Parade.

That came from the time he spent as part of an army concert party in a Malaya threatened by the Japanese. His fellow performers included Stanley Baxter and Kenneth Williams, who he called “hilarious but frightening, rather the mix I look for in my plays”, but also one Barri Chatt, the model for Terri, the campest of a pretty camp outfit. Peter liked to remember the moment when this improbable soldier, his hair dyed blond and his face thick with make-up, emerged from a taxi as top brass were convening to discuss the war in South-East Asia and cried “Put on the kettle, darlings. Suntie’s here.”

Privates on Parade, along with Joe Egg, was about to be restaged when we met, following a successful revival of his Passion Play: a masterly and technically bold piece about the eternal triangle, with four actors playing the bland outer but anguished inner lives of a couple in trouble. But was Peter satisfied? Not at all. He still called himself a “populist who isn’t popular”, on the grounds that nobody was staging the new plays he continued to write.

Things had started to go wrong after he quarrelled with the RSC over what he saw as its inadequate staging of Poppy, his 1982 musical about the opium wars. Temporarily despairing of the stage, he turned to writing novels, but none of them was published and, told by his friend Stephen Sondheim that he’d miss the collaboration of theatrical life, he had reverted to his old vocation. A Piece of My Mind, about a frustrated dramatist eaten up with envy of a fellow-writer clearly based on Tom Stoppard, enjoyed a short run in the West End of 1987, but others died out of town and many more never made it out of his study.

“They get performed in my head,” he told me, saying that he was actually going to the Nichols archive at the British Library to rediscover some of the 40 plays he’d written but, in several cases, quite forgotten. And what he justifiably saw as his neglect drove him into a deep depression, with pills and visits to a psychiatrist keeping him alive. Without the unflagging support of his wife Thelma, Peter might well have committed suicide.

Mark you, he was the pessimist’s pessimist. Beside him, he said, the famously cynical Sondheim was “a ray of sunshine”. He thought he had inherited a bleak view of life from his mother, a wintry person whose reaction to good news or the prospect of a happy event was invariably “Oh dear”. His own reaction to a favourable review, he admitted, was always to ask Thelma to pick out the one discordant note in it. As he fell out of favour, he made a nuisance of himself, accusing producers of ageism and writing a satiric version of Coleridge’s Rime of the Ancient Mariner (“Writers, writers everywhere and each the worse for drink”) and sent it to an unamused Richard Eyre, then artistic director of the National. He was, he decided, “blacklisted”.

I tried to suggest to him that he had written plays which would be long remembered. After all, Joe Egg has been seen three times on Broadway, initially winning the Tony award for best play, and is about to receive its third West End revival. Privates on Parade has been twice revived in London, winning Roger Allam the Olivier best-actor award for his performance of Terri. But Peter was having none of it. What about his play about the Duke and Duchess of Windsor in exile or the one about a trip to the Himalayas or the one in which Sherlock Holmes hunts down a killer in an animal suit - or oh, a dozen others.

I didn’t see Peter after he was anointed CBE last year, but I doubt if the award would have appeased him. In fact, the last time I saw him we went together to see a none-too-good play at Hampstead Theatre, which was near his north London home but had never staged any of his works. One of his many beefs was that he was often mistaken for Michael Frayn, his fellow-playwright and friend, who is similarly tall and bony. As we went in Peter was accosted by a woman who appeared to be a fan of his work.

Woman: “It’s great to see someone I admire so much.”

Nichols: “Are you sure you know who I am?”

Nichols (grimly): “Thank you very much.”

It was an exchange that might have come from one of Peter Nichols’s funny-boo-hoo plays.