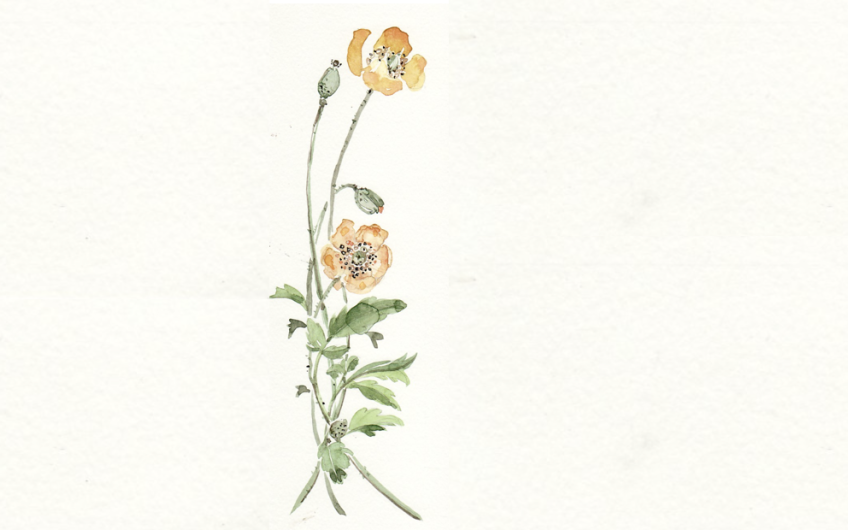 Established in the medieval herb-garden for its sophorific sap, Papaver somniferum is, as its name suggests, source of the opiate produced by slashing the unripe seedpods for their milky sap, raw material of which remains the most effective painkiller in the modern pharmacopeia.

Once the pods are ripe and rattling, the contents are no longer narcotic – a disappointment for some, though not for those for whom the tiny seeds provide a valuable source of protein in a diet vegetarian from necessity rather than choice.

All poppy seeds are edible, including those of the scarlet field-poppy, P. rhoeas, and Meconopsis cambrica, the yellow-petalled Welsh poppy that spread itself enthusiastically around my garden in Wales.

If you shake the seeds straight from the pod into your mouth and crunch, you’ll find the flavour nutty and sweet and the texture pleasantly gritty. The seeds are packed with protein, oil, minerals and vitamins, and have been a valuable food-source since the earliest times. Paleobotanists find them half-digested in prehistoric middens.

Archaeologists identify them in the wall-paintings of Ancient Egypt and Classical Greece. In Eastern Europe and the Balkans, the crop remains an important winter store, harvested in summer and sold by the kilo from shimmering heaps, gunmetal grey, speckled with brown and black, in town and city markets.

The seeds can be milled to a flour, or pressed to extract the oil, or used whole in stuffings for dumplings, strudels and dressings for noodles both savoury and sweet. The leaves are also edible when young, particularly those of the field-poppy whose texture when cooked is pleasantly gluey and the flavour mild, with none of the usual bitterness that characterises edible greens in the wild.