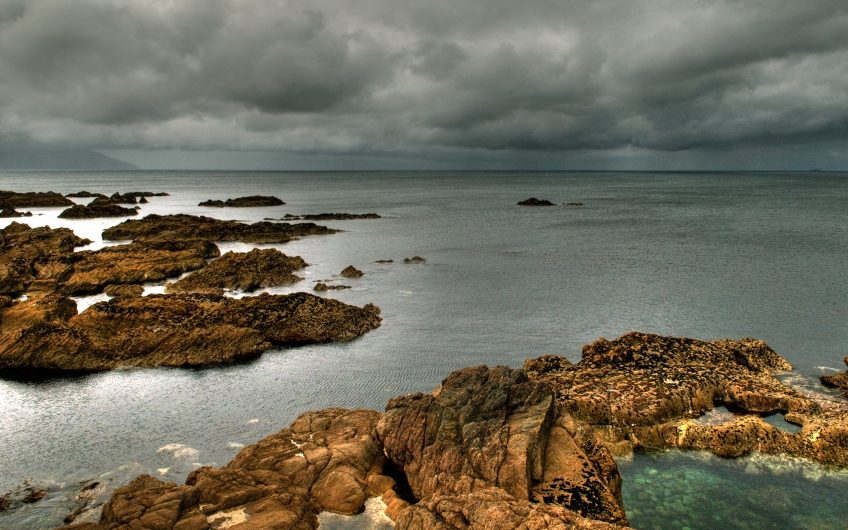 Until the American election, few outside the island of Ireland could point to Mayo on the map.

Far from the maddening film crowd of West Cork, where director David Puttnam’s and actor Jeremy Irons’s crew hang out, Mayo isn’t favoured by the fashionable.

But now a spotlight has been thrown on this sprawling west-coast county, with over 700 miles of coast. President Elect Joe Biden is proud to be a Mayo man, with his roots in the small town of Ballina, where his great-great-great-great grandfather, Edward Blewitt, emigrated from after the 1847 famine. And this year’s Christmas Hollywood release, Wild Mountain Thyme, filmed in Mayo and starring a red-headed, begorrahing Emily Blunt, is already causing more of a storm than the windy West of Ireland weather it depicts. Her accent and Christopher Walken’s have been bashed for their amateur Oirishness, as Mary Kenny writes on page 40.

I recognise this westerly pull. 30 years ago, I made the four-hour journey from Dublin to the county capital of Castlebar. I didn’t drive back. Now I call Mayo my home.

So what’s so magical about this windswept corner of the Emerald Isle? The north coast, from the Bellmullet peninsula to the ancient forts of Killala, is a string of small, sandy beaches dipping between unconquerable cliffs, continually battered by the Atlantic. Sheep wander unfenced on the road. Even on a pleasant August afternoon, you can travel for over an hour without meeting another car.

It’s elemental and bleak. Yet the wonder of the shuttling sky with its never-still clouds, the constant, white, foaming fierceness of the ocean and the wind that stunts all trees to no more than leafless bushes are its allure. Teeter on the edge of a grey, volcanic rock, the waves howling below, the salty spray wetting the sweater you have to wear even in the height of summer, and you feel as if all the trappings of the Earth, even the soil, have been stripped back and you’re close to the core of life itself.

Mayo measures history in millennia. The oldest, walled field system in the world spreads across the Ceide Fields Neolithic site by Ballycastle, built almost 6,000 years ago. Megalithic tombs, said to be the burial place of indigenous giants, are scattered over the blanket bogland. There are over 100 in the fields surrounding the small town of Louisburgh alone.

Perhaps it’s this visceral proximity to the past that’s made Mayo the hideout of artists. Mid-century painter Paul Henry threw his return rail ticket into the sea and remained on Achill Island. Today, Achill, Ireland’s largest island, reached by a land bridge, is still home to artists, including sculptor Ronan Halpin, who runs a gallery. Nobel laureate Heinrich Böll (1917-85), German author of the Lost Honour of Katharina Blum, also lived there. His cottage is now a writers’ retreat and an annual literary festival is held each May in his honour.

Being so westerly has its disadvantages. Green may feature on the Irish and Mayo flag, but it’s a colour rarely found on a local dinner plate. Vegetables don’t thrive in the wind and salt, but sheep and fish do. Achill oysters are farmed along the coast. Salmon is smoked in huts beside people’s homes. Local lambs are slaughtered, and homemade sausages and white pudding sold, from the award-winning Kelly’s in Newport, run by identical twin brothers in striped butchers’ aprons and white butchers’ hats.

If it’s an almond croissant you’re after, Westport is one of the few places to find one. Voted Ireland’s Tidiest Town and Best Place to Live, it’s the closest Mayo gets to a tourist destination. Its two historic streets, converging at a small clocktower, are lined with quaint shops stocking pot pourri and brightly-coloured fleeces. (‘Fleecies’ is the local name for incomers, unused to the breezy weather.)

The town also boasts Matt Molloy’s pub, owned by the Chieftains’ musician of the same name, which holds traditional music sessions every night, sometimes with Matt himself.

Beyond the bars, festivals are a big part of Mayo’s social calendar. No weekend in the year passes without the chance of a public party. In non-COVID times, Westport holds a Folk and Bluegrass Festival (June), Westival music and performance festival (October) and the Rolling Sun Book Festival (November). Achill Island stages the International Harp Festival (October) and Scoil Acla featuring traditional Irish music, dance and language lessons (July).

The excellent local Mayo News lets you know what’s on, as well as MidWest Radio, a fine example of local broadcasting to tune into on your rental car radio. Between Irish fiddle and Uilleann pipes, and stomping country and western tunes, MidWest features a twice-daily broadcast of the day’s deaths, one of their most popular slots.

Grief and loss are woven into the Mayo landscape like a song. The ravages of the 1847 Great Famine still scar the landscape, with mountainsides scarred by ‘lazy beds’, the ridges planted with potatoes before the blight struck. Below them lie deserted, crumbling stone houses, once villages, first decimated by famine, then by over a century of emigration. The highest proportional loss from the Titanic of any place was in tiny Mayo village Addergoole, from where 14 people set sail for a better life in 1912, but only three survived.

Pain is born with honour. Reek Sunday, a pilgrimage on the last weekend in July, is considered a good day out – a two-hour ascent of conical-shaped Croagh Patrick, preferably barefoot. Walkers are frequently helicoptered off the mountainside.

In this wild and windy place, tourist facilities are scarce. There’s one museum of note – the Museum of Country Life by Castlebar, the only national museum outside Dublin. The Great Western Greenway cycle and walking path follows the track of an abandoned railway from Westport to Achill Island, passing through mussel beds and peat fields.

There’s lots of Airbnb accommodation but few hotels. The Ice House, overlooking the River Moy outside Ballina, is one of the best. In the late 18th century, when Ballina was Ireland’s principle seaport, wild salmon was preserved here before being shipped to Liverpool. A few miles up the road, the charming Edwardian Enniscrone hot seaweed baths opened in 1912, the year of the Titanic, and have been run by the same Kilcullen family ever since.

Biden’s Ballina ancestors were kelp seaweed-sellers. A mural of the President Elect now shines out across the town. But he won’t get to see it soon. Mayo’s Knock Airport (recently rebranded Ireland West) is temporarily closed due to COVID-19. Neither Britain nor America are on Ireland’s Green List; anyone from these countries has to self-isolate for two weeks.

But Mayo, with its long history of suffering, is stalwart. We can wait.