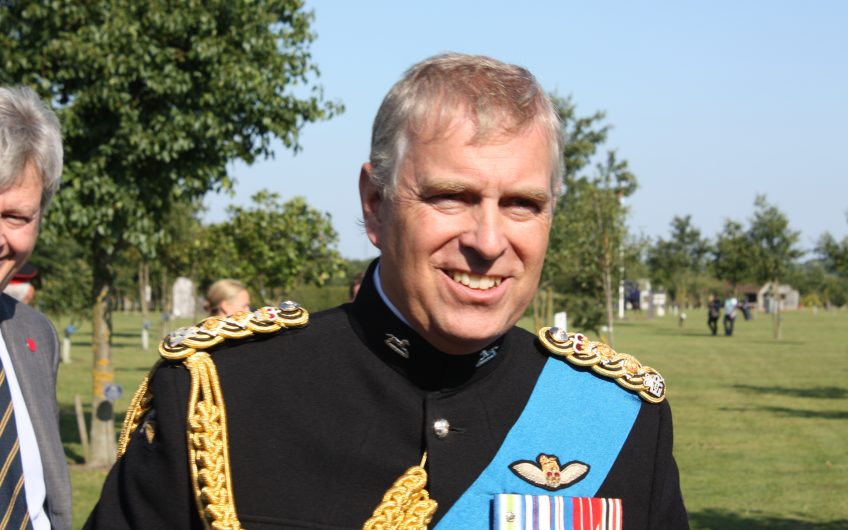 I am sad to see Prince Andrew brought so low. The 50 minute “Newsnight” cross-examination of his fatal friendship with the late convicted child abuser Jeffrey Epstein was as excruciating to watch as it must have been for His Royal Highness, the Duke of York, to endure.

Humiliating, demeaning, embarrassing – for the Queen’s second son to be asked repeatedly whether he had had sexual contact in 2001 with Virginia Roberts, 17 at the time and below the American legal age of consent, was something that I thought I should never witness.

I conducted Prince Andrew’s first TV interview, in 1986, on the day his engagement to Sarah Ferguson was announced. He and his fiancée were open, candid, amusing and so forthright that the Daily Mail declared it “the most revealing royal interview ever” and published it word-for-word.

I covered the wedding. I liked Prince Andrew. He was always more pleasant and approachable than his brothers and sister. When I have seen him from time to time in the years since, he has always been friendly, with none of the pomposity of which he is often accused.

And that is why I am particularly sad to see him make the catastrophic error of giving this interview. If the idea was to clear the air and win public approval, then the very opposite has been achieved.

As soon as I heard the first clips from the interview on Friday evening, I knew that the American lawyers representing the then Ms. Roberts – now a 35 year old married woman living in Australia, would be relishing the chance to pore over his every word in order to challenge the Prince’s recollections – or lack of them – in a U.S. Court of law.

The situation could hardly be more serious. Prince Andrew is deeply entangled in the American legal system. There is an FBI investigation into the systematic child abuse by Jeffrey Epstein, found dead in his Manhattan jail cell in August.

Prince Andrew is a material witness, if nothing else. A television interview is not sworn evidence. So far, he has resisted calls to speak to the American lawyers who wish to interview him. He says he will do so if advised by his lawyers.

But where were those lawyers when it was decided - apparently after careful consideration - to give this disastrous interview. And to do so in Buckingham Palace itself?

This is not just a PR miscalculation. And I would have physically prevented any client of mine giving such an interview when legal proceedings were in the offing. It is a failure of the most basic legal rule that you don’t tip your hand to the other side, except when ordered to do so by a court.

I accept at face value Prince Andrew’s denials and listened to his repeated assertion that he had no recollection of the young Virginia Roberts. To her lawyers, this is all red meat. What he said and how he said it will be examined as minutely as any television interview ever given.

I cannot imagine why he did it. If it was restore his public image ahead of the wedding of his elder daughter, Princess Beatrice, next year, he has only made sure that he will be the object of interest on that day, not the bride.

If Prince Andrew thought his answers to Emily Maitlis would miraculously magic away his difficulties, he could not be more deluded.

If I were advising him, I would strongly recommend the only way in which these matters can be resolved; by establishing the truth.

He should declare, right now, that he is willing to be deposed by the American lawyers who wish to speak to him. A legal deposition can be taken just as easily in London as New York.

It would be done in private, perhaps at the office of his solicitor or chambers of his barrister. He would be asked questions and his answers would be recorded, in words and video tape. His lawyers would be there to advise and, if necessary, intervene.

I have been deposed, in a civil case when there was a dispute between the partners of a television facilities company in Washington of which I was a director. I went to a legal office in Grays Inn Road and answered questions by telephone until the lawyers at the American end were satisfied.

Prince Andrew can repeat his denials, making them as categorical as those given to Ms. Maitlis. Only when that is done, can the lawyers decide whether or not he should be called as a witness or whether charges should be brought.

As it is now, the Prince cannot go to America without running the very real risk of being served with a subpoena as a witness or - much worse - arrested by the FBI for questioning on charges relating to Jeff Epstein’s trafficking of minors for illicit sexual purposes.

What an appalling state of affairs, when a man who was until recently Britain’s international trade envoy cannot visit with any confidence Britain’s most important ally. The American legal system is unrelenting and grinds very fine indeed. No matter how high you may be, the law is above you.

As for Prince Andrew’s explanation that the only reason he stayed at Epstein’s lavish Manhattan town house was because he wished to inform Epstein he was severing contact with him, and felt bound by his honour to tell him this face to face, I am reminded of the American writer Ralph Waldo Emerson who wrote: “The louder he talked of his honour, the faster we counted the spoons”.