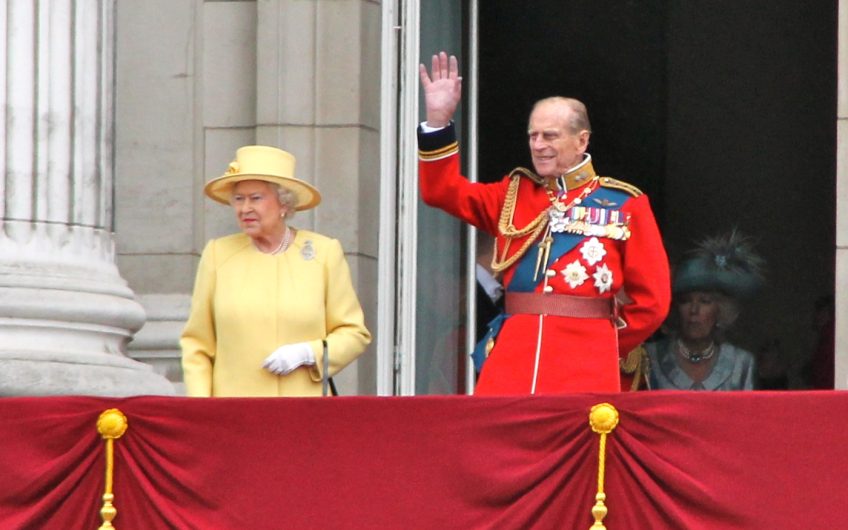 Harry Mount watched the service from the North Transept of Westminster Abbey, transfixed by everything from Boris Johnson's semi-combed hair to the dignified mourning of the Queen

Before the moving memorial service to Prince Philip, the queue to get into Westminster Abbey was the poshest on earth.

Standing in the long line from Great Smith Street to the Sanctuary outside the Abbey were Lord Waldegrave (Provost of Eton), Lord and Lady Carnarvon of Downton Abbey/Highclere fame and Lord Chartres, former Bishop of London. Dotted among them were lots of brave men in kilts – it was bitingly cold – and officers weighed down with spaghetti and medals.

Outside the Abbey, forming a procession to the Great West Door, two ranks of cadets and Duke of Edinburgh’s Award-winners stared straight ahead, heroically suppressing their shivers.

There was precise military timing of the sort the late Prince Philip prized. Everyone - including Boris Johnson, the latest man in the world - was seated half an hour before the service began. Boris had even semi-combed his hair - it was neater than it’s been for years, before he did his customary ruffling of the locks to revert to the normal chaos.

Before the service, Keir Starmer chatted away amiably to Nicola Sturgeon, Ian Blackford and Ed Davey. They ignored poor old Rishi Sunak, standing next to them.

There was rather a jolly air inside the Abbey, as there should be at a memorial service, alongside the sombre mourning. Senior officers and old friends caught up with each other, having, in many cases, not seen each other since before the pandemic.

There were timeless scenes, too, straight out of Anthony Trollope. The former Dean of Westminster, John Hall, in dog collar, chatted to a verger with a white bow tie, under the statue of Gladstone in the north transept. Boris sat only yards from the statue of Robert Peel, the Tory PM who split the Conservative Party – and successfully revolutionised it.

A complete hush fell over the congregation as the Queen arrived. The only sound was the organ and the distant peal of bells. She sat only yards from her ancestors’ tombs, including those of Henry V and Edward the Confessor, who built the Abbey almost 1,000 years ago.

A shiver went down the spine – and it wasn’t the chill of the day. What a moment of history to see our longest-lived, longest-reigning monarch say farewell to the greatest monarch’s consort of all.