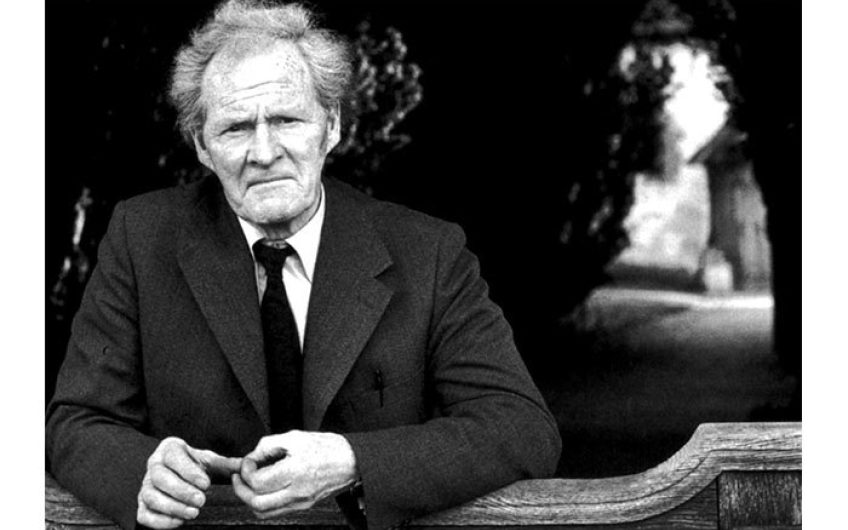 Arthur Arnold recalls his encounter with the austere vicar and poet, RS Thomas (1913-2000).

Decisions, in retrospect, are often impossible to explain. For instance, why did my normally sensible friend, John Bolton, Head of English at Coalbrookedale High School, decide to hold a poetry speaking competition in the spring of 1957? And why did the already distinguished poet (and reclusive vicar of a remote mid-Wales parish), R S Thomas (1913-2000), consent to adjudicate the event? But these events did occur – although, in the context, ‘collided’ might be a more apposite verb.

The great man arrived in good time to enjoy a dinner with the Headmaster served in the privacy of his study. The Head was a good-natured, sociable man who had gladly entered into the spirit of the occasion so it was surprising, to say the least, when, a mere fifteen minutes later, his worried face came round the door of the men’s staff room, saying, ‘Take him off my hands, John, for God’s sake, I don’t know what to do with him!’

There was still half an hour before afternoon school. What could be done but show the honoured guest into the staff room, which was quickly vacated by all those who thought the event was a waste of time anyway. The art teacher, also an affable man and himself a published poet, was introduced but fared no better than the Head in getting more than minimal response to any conversational endeavour. Even the spring sunshine coming through the window could do nothing to lighten the leaden gloom of Thomas’s aura.

In desperation, the afternoon bell was rung early and the school filed into the assembly hall. Girls far outnumbered boys in entering the competition – sensitive, imaginative girls almost by definition, and something of Thomas’s reputation already filled them with awe and apprehension. One entrant withdrew, physically sick, though fortunately not publicly so. The programme made its nervous progress and finally Thomas was asked to nominate the winners. I don’t think anyone disagreed with his choices but many were amazed when he began his overall adjudication by saying, ‘I don’t know why I have come here today, because I think poetry should never be read aloud.’

The Head invited the sixth form and any other staff or pupils who wished to take advantage of our distinguished guest to join a discussion in the library. Thomas said he had nothing to add to his previous homily but consented to answer questions. A mischievous member of staff asked, ‘If, despite your disapproval of reading poetry aloud, you were nevertheless placed in a situation where you had to do so, could you please show us how it should be done?’ Everyone held their breath. Thomas sighed, ‘Have you a copy of Hopkins?’

John Bolton whisked a volume of Gerard Manley Hopkins’s works from a shelf and Thomas began – ‘Margaret, are you grieving

Over Goldengrove unleaving?’ as if reading the funeral litany over a dearly loved parishioner. Stifled sniffling began among several sixth-form girls and by the time he reached ‘And yet you will weep and know why’, audible sobbing had half the audience in its grasp.

The ritual parting cup of tea was foregone. We watched his departure from the staff-room window as his little Austin A30 van rolled down the long ramp to the school gate. Before turning into the road he paused, looked back, raised his hand and, for the first time, smiled.

It's nearly time to dine outside! Restaurants with outside dining areas in London - open from April 12. By James Pembroke