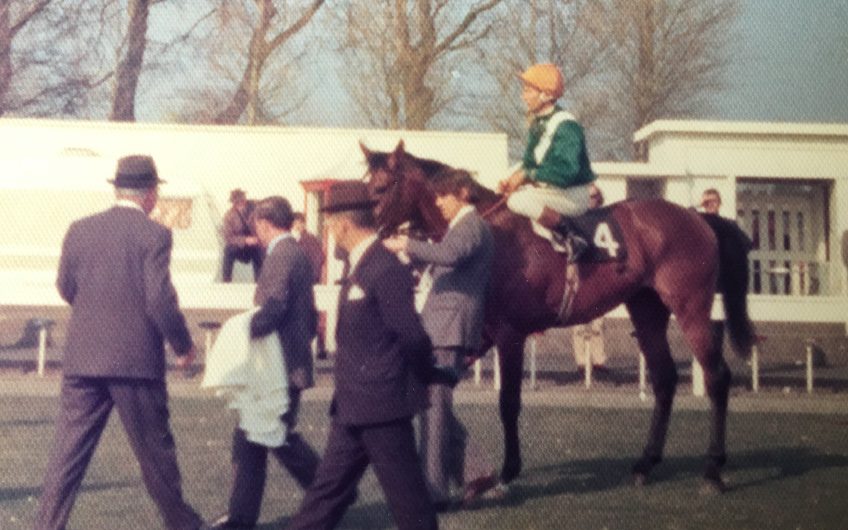 Lester Piggott rode professionally till he was 59 – at the Curragh in 1974 (Credit: Pawneese)
View Full Size
1
of 1

Ahead of the Derby on July 4, Graham Sharpe praises the sport of kings – and oldies

Horse racing is one of the oldest organised sports in existence. After all, it takes only two people who each own a horse to decide to match them against each other over an agreed distance of ground, ridden by people of similar weight, and you have a potential horse race.

In, or close to, 1666, King Charles II introduced the Newmarket Town Plate race, still staged today – winning it himself in 1671.

That’s how the organised pastime began initially. Rules and rigmaroles were added along the way and eventually we ended up with the ‘Sport of Kings’ we know today.

It is a sport dominated by young equine contestants – horses race from the age of just two years old – all racehorses have an official birthday on January 1. The world’s greatest Classic race, the Derby- and worldwide copy-cat versions of the same race- is open only to horses aged three.

Most jockeys are relatively young when they begin riding, and most retire at latest in their fifties. There are exceptions, of course, and although most of those who follow racing still think of Frankie Dettori, the best known and most popular of jockeys, as being, if not in the first flush of youth, the very prime of life.

But racing isn’t and never has been just about celebrating youth.

Frankie, who stunned the racing world and bookies alike when he rode all seven winners on that magnificent day at Ascot back in September,1996, is as popular with racegoers and punters as ever, despite now rapidly approaching the age of 50, which he will reach on December 15, 2020.

The Italian’s predecessor as the darling of British punters was Lester Piggott, whose first winner came at the age of twelve in 1948, and last when he was approaching 60 years of age in 1995.

Yet, being a sexagenarian held no fears for Victor Lawson who, in October 1973 at the age of 67 chalked up his first win as a jockey on board Ocean King at Warwick racecourse.

But even Victor was a mere whippersnapper, compared to Harry Beasley, whose mount, Mollie, was unplaced at Baldoyle, Dublin, during the June 1935 meeting. Nonetheless, Harry was applauded back to the changing room after the race – well, he was 83 at the time.

It isn’t only jockeys who can continue to perform beyond the age at which conventional thought might suggest they should stop.

So do some of the horses – when Creggmore Boy finished fourth at the Lake District racecourse, Cartmel, in June 1962, he became the oldest runner recorded in a British race, at the ripe old age of 22.

Wild Aster and Sonny Somers were four years younger when they achieved their feat of being the joint oldest winners of a British race – each at the age of 18 – Wild Aster three times in 1919, Sonny Somers twice in 1980.

The mares and stallions who keep the supply of young colts and fillies coming can also work on into years most equines would consider to be when they should be permitted to put their hooves up and relax.

Yet, at the age of 31 in 1935, French stallion Mystic was still being sent on romantic trysts, while 31 year old Contract was also in France when, in 1893, she gave birth to a filly.

Keen racegoers love to return year on year to see their favourite races played out in front of their own eyes – few, if any, could match Colonel Matt J Winn, who not only grew up to play a prominent role in the promotion of America’s Kentucky Derby but, when he died aged 88 in 1949, had watched 75 runnings of the event – his father having brought him to the inaugural race in 1875.

Born in 1913, at the age of 76, American trainer Charlie Whittingham not only saw his runner, Sunday Silence, win the Kentucky Derby, but in his trainer credentials listed his hair colour as ‘brown’, despite appearing bald to everyone who knew him – most racegoers called him ‘Bald Eagle’,and justifying it ‘because that’s the way I remember it.’ He was still winning big races with his runners until 1997, two years before he died.

Fellow US trainer, Carl Hanford, born in 1916, who was best known for guiding his horse, Kelso to five consecutive American Horse of the Year titles, from 1960-64, was still sending out runners at the age of 90.

Racehorse owners often live to great ages – perhaps sustained by the hope that their next runner will be THE one. Mrs Frances Genter became, at 92, the oldest winner of the Kentucky Derby when her Unbridled won in 1990. Her trainer, Carl Nafzger, gave the by-then unsighted veteran an impromptu commentary on the race, ending – ‘He WON it, Mrs Genter! He won it! You’ve won the Kentucky Derby…..I love you, Mrs Genter!’

Jim Joel was a keen owner of steeplechasers, his Maori Venture won the Grand National in 1987 when the owner was a stripling of 92, but Jim enjoyed his final, and 13th in total, success at the Cheltenham Festival when, now aged 97 in 1992, Keep Talking claimed the National Hunt Chase. Mr Joel died shortly afterwards.

As is widely known the late Queen Mother, born in 1900, was a keen owner, follower of racing, and punter. She was 95 when her Norman Conqueror provided her with a fifth win in Sandown’s Hare and Hound Gold Cup in 1996. A dozen years earlier she had achieved a racing and betting first by placing a bet whilst enjoying flight on Concorde – ‘She did that from the flight deck’ revealed MP, David Burnside, who was on the plane with her.

However, racing punter Albert Fuller made it to his century on February 29, 1984 – some might, I suppose, argue that he was really only 25 – and celebrated the day at his local William Hill betting shop, in Mottingham, Kent, where he invested the free bet he’d been handed as a birthday present, on Observe, which duly obliged at Worcester.

Racing fans or not, few of us make it through the century barrier – however, giving away five years to centenarian Albert, 105 year old New Yorker Rosie Hamburger, was appointed as a racing tipster by the New York Post in 1996, and she revealed she had begin placing racing bets ‘sometime before World War One.’

Rosie’s new career didn’t last that long but she at least bowed out with a winner as her final selection.