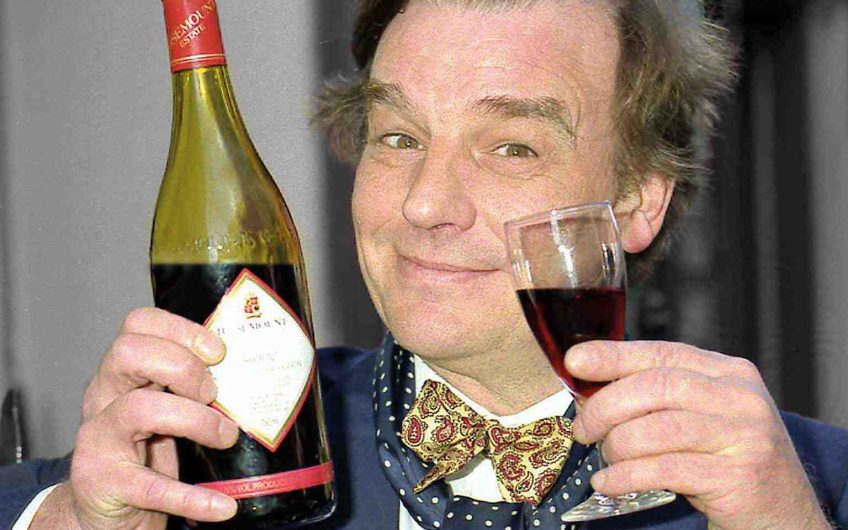 Bill Knott remembers being slapped by Keith Floyd – a great pal, a disastrous restaurateur and a telly genius

I got to know Keith Floyd in 1996, when his clutch of Bristol bistros and chop houses, his Provençal restaurant in L’Isle-sur-la-Sorgue and his ambitious Devon gastropub had already collapsed: heroic failures all, but failures nonetheless. The demise of his pub was recent, and especially disastrous: Floyd personally guaranteed a drinks order for £36,000, bankrupting himself.

He would never venture into restaurants again, except as a customer – which he did frequently and with aplomb. He was licking his wounds in Kinsale in County Cork when I first met him; propping up the bar at the Blue Haven Hotel with Tess, his fourth wife.

I was supposed to be attending a dinner at the hotel hosted by Irish Distillers, but ended up instead drinking far too much whiskey with Floyd, and offered him a column in a new food magazine I was working for. He was pleased to accept. I finally lurched into the dining room just as pudding arrived.

Floyd, in his customary state of hostilities with the Inland Revenue, then decamped to the Costa del Sol, near Estepona, renting a smart resort villa – or ‘a bungaloid on a housing estate’, as he described it.

The Floyds would snarl at each other like Burton and Taylor in Who’s Afraid of Virginia Woolf? Tess drank as fiercely as he did, their spats were legendary and any guest-led attempts at conciliation were met with withering contempt from the pair of them.

Floyd slapped me once. We were in a bar, and he had been particularly irked by a group of Norwegian men who recognised him from the TV. Floyd once cooked puffin on a show, making him a folk hero to gung-ho Scandinavians.

They jostled around him taking photos while an increasingly disgruntled Floyd drained whisky after whisky. When they had gone, he squinted drunkenly at me, started lecturing me about how I’d never make anything of my life, then moved his whisky to his left hand and slapped my face with his right. That he called me Patrick, the name of his son, didn’t make it sting any less.

Next morning, all would seemingly be forgotten, and the drinking started again: large Black Labels at 10am.

Tiring of Spain and the expat lifestyle on the Costa del Sol – Floyd had a pathological hatred of golf, and even made a sign for his corner of the Penguin Bar in San Luis de Sabinillas that read ‘Golf-Free Zone’ – he moved to France. He bought (somehow) a handsome, detached house in Montfrin, near Avignon, where his favourite spot for lunch was the courtyard of the Hôtel d’Europe, under the shade of a huge old tree, the high walls protecting diners from the predations of le mistral.

His appetite was invariably compromised by overindulgence in the aperitif department. Floyd did, however, have a great penchant for pudding and had struck up a rapport with the hotel’s pastry chef, who brought out his creations himself to present to the eccentric British guy in the bow tie with a Bentley parked round the corner.

The Bentley was not the most practical vehicle in which to navigate the vineyards of the southern Rhône, but it had a capacious boot which we stocked with cases of Gigondas and Vacqueyras. We visited a cellar in Châteauneuf-du-Pape, but the caviste was so snooty we moved to a scruffy bar in the village where we drank pastis while Floyd argued good-naturedly about rugby with a bunch of bleu-de-travail-clad workmen.

The bar in Montfrin was just a short stagger from Floyd’s front door, and he would go every evening for a sundowner, often carrying a tub of something he had cooked but had no appetite for – a daube of beef, maybe, a brandade or a ratatouille – which he would exchange for whatever the locals – ‘les vieux cons’, as he affectionately called them – had in the back of their battered Citroëns: cherries, apricots, melons, whatever was in season.

That is how I remember Floyd most fondly, in the convivial fug of a café, drink in one hand – ‘Un pastis, s’il vous plaît, bien glacé’ – and a fag in the other, telling stories and sharing a joke or two with anyone who cared to listen.

The last time he called me was on 13th September 2009. He was a little worried about an upcoming TV documentary about him on Channel 4, in which he had described other TV chefs as ‘a bunch of c***s’. ‘I thought they’d cut that bit out, but they haven’t.’

No television chef since has found the same rapport with the viewer that Floyd’s mix of charm, playfulness and authority engendered. When he died, Antony Worrall Thompson said, ‘Modern TV chefs owe a living to him. He kind of spawned us all.’ Floyd would be gratified to know that his programmes, reshown on BBC1 on Saturday mornings, now attract a generation not even born when he first bounced onto our screens.

The television chef is older than you might think: the dapper French restaurateur Marcel Boulestin flipped his first crêpe for the BBC’s embryonic TV service in 1937. Marguerite Patten and Philip Harben took up the tea towels in the 1950s, succeeded by the indomitable Fanny Cradock and the faintly louche ‘galloping gourmet’ Graham Kerr.

The first series Floyd and producer David Pritchard made, 1985’s Floyd on Fish, was groundbreaking: freed from the shackles of a studio, with a genial, intrepid, charismatic host with an urge to berate his cameraman, the long-suffering Clive, it – and the pair’s many subsequent collaborations – extolled food as a vital part of civilisation, of joie de vivre.

After our last phone call, he was looking forward to lunch the next day, at Mark Hix’s Oyster & Fish House in Lyme Regis. It was to be his last.

Oysters, potted shrimps, red-legged partridge, pear-cider jelly, copious wine and quite a few cigarettes: a few hours later, he collapsed and died, aged 65. Officially, it was a heart attack, but it must have been a photo finish between all his vital organs.

His affairs were in such a mess that we all chipped in for the food and drink at his wake.