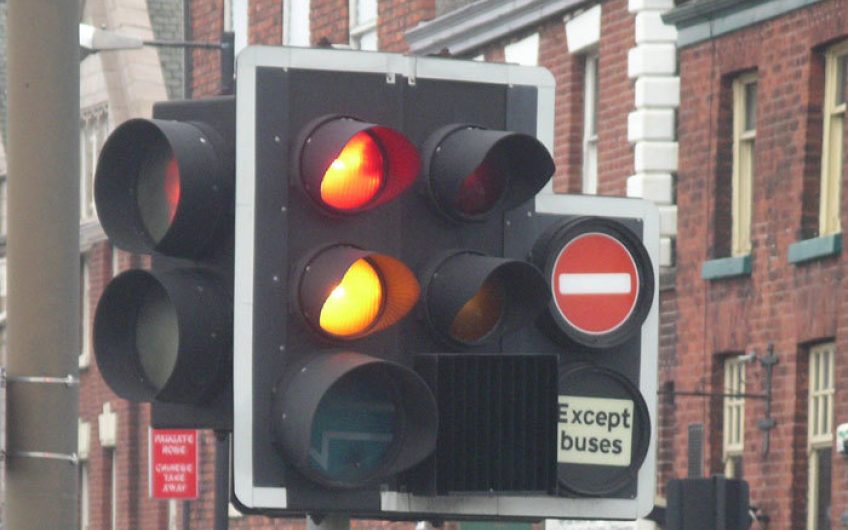 Today in 1807, Pall Mall became the first street in Britain to be lit by gas. Modern street furniture, says Laura Freeman, lacks the grace of its ancestors

Around the back of Westminster Abbey, on the grass of Dean’s Yard, stands a green cabman’s shelter. No cabs stop there. It doesn’t serve bacon butties. And it wasn’t there five years ago.

Look carefully and you’ll notice small differences. Unlike the original shelters, built under the philanthropic aegis of the Earl of Shaftesbury – who in 1875 commissioned the shelters to give London’s hansom cabbies somewhere to rest their horses and stop for breakfast – the 2013 Dean’s Yard shelter has no iron tethering bar and no chimney stack to let out steam from a coffee pot.

By 1914, more than 60 shelters had been built. Today, only 13 remain. Spot the Grade II-listed shelters in Russell Square and outside Warwick Avenue Underground station.

The Little Dean’s Yard shelter, perfect in all other respects, is an invention of the Ptolemy Dean, Surveyor of the Fabric of the Abbey. It is an ingenious solution to an ugly problem: how to hide the Abbey’s various bins and waste compactors. Even the holiest building recycles its yoghurt pots.

I wish an architect would devise an equally clever bin bothy for the monstrous regiment of rubbish and recycling containers at the end of my London road. Eight of them at the last count. Big, square-shouldered bruisers, loitering by the iron railings, menacing the gates of St James’s, Paddington. A bench cowers among them. Who would sit on it?

The council’s latest wheeze is to put clear plastic windows into the front of each bin to encourage good recycling behaviour. The effect is to give passers-by an eyeful of empties.

Looking around our cities and countryside, one is struck by wilful ugliness. Waiting to cross Kennington Lane at Vauxhall recently, I was appalled by the forest of poles, posts, lights, signs and sentries. All solid, stolid and without decorative grace.

The curious, counter-intuitive fact is: the plainer the pillar, the more the eye stops dead. Where a surface is ornate, where iron curls in arabesques or is scored with flutes, the eye glances and dances. The effect of ornament is both more attractive and less intrusive.

The makers of the earliest traffic light, which celebrated its 150th anniversary in 2018, knew this. On 9th December 1868, the world’s first gas traffic lamp lit up red and green on the north-east corner of Parliament Square near the spot where the statue of Winston Churchill now stands.

The 20ft-high gas lamp was designed in keeping with both the Gothic Abbey and the then spanking new Palace of Westminster: quatrefoils around the base, barley-twist column, ogee arches framing each window of the lantern. A thing of beauty, though Punch’s cartoonist couldn’t resist a lamp-oon with the caption: ‘Terrific Apparition Seen During the Recent Fog at Westminster.’

You might say: what does it matter? It is only a traffic light, a postbox, a bike rack, a pay-and-display parking meter. But this stuff matters more than the banisters and balustrades, lobbies and lintels of public buildings. We may enter an art gallery rarely and a town hall, hospital or courthouse only when we are married, ailing or arrested. But we look at kerbs, bins and bus stops every day.

In 1955, in an essay titled ‘Outrage’, the architectural historian Ian Nairn described a bleak future ‘Subtopia’ of concrete, litter bins, telegraph poles, fly-tipped roundabouts and ‘things in fields’. So, in parts of the country, it has come to pass. When I see an old, pointing fingerpost sign at a country crossroads obliterated by incontinent signage to camping sites and nearby pubs, I think of Nairn standing on the edge of what he called ‘the abyss’.

If a council cannot be trusted to make even a bollard beautiful, what hope for building schools, houses and parks to make people proud and respectful? Manhole covers maketh the man. We call it street furniture, but who but the most brutal brutalist would want a BT connections box inside their home?

Bad, tin-eared, cack-handed street design can be a matter of life or death. The first traffic light was called for when two MPs were injured and a policeman killed in Parliament Square. The year before last, a car ploughed into 11 people on Exhibition Road between the V&A and the Science Museum in South Kensington. Mercifully there were no fatalities. Exhibition Road, like Seven Dials in Covent Garden, is an experiment in ‘shared space’. There are no kerbs, barriers or road markings. Pedestrians wander at will; vehicles are expected to drive slowly. Best intentions, but accidents do happen.

The incident was at first feared to be terrorism. We have become wearily vigilant about public spaces. Something is bound to happen, so let us at least try to prevent it. The concrete security barriers – called ‘Jerseys’ after their origins as lane dividers on New Jersey’s highways – on Westminster Bridge, at the entrance to shopping streets, football stadiums, concert arenas, outside the Louvre in Paris and in squares and piazzas across Europe, are thudding reminders of threat. They ought to say ‘security’. Instead, they say ‘risk’. The Italian architect Stefano Boeri has proposed massive planters of trees and flowers instead. A trough of soil has the same resistance as a modular concrete barrier. A handsome row of olive trees in pots has already been installed outside the Palazzo Quirinale in Rome. The Mayor of Florence Dario Nardella has said, ‘We must not give in to the blackmail of terrorists and let our cities be turned into military bunkers. We need more security without sacrificing the beauty and identity of our cities.’ Hear, hear – or ‘Here, here’, please.

While we’re about it, mightn’t we have more elegant public conveniences? The Victorians nicknamed their ironwork urinals ‘Temples of Relief’. Compare these ironwork temples with lattice doors, foliate panels, filigree domes and porcelain ‘Adamant’ stalls with the piss-poor pissoirs which have landed in recent years on high streets and outside railway stations like particularly unfragrant UFOs. And mightn’t councils consider the needs of ladies as well as gentlemen? #Weetoo.

Only the most die-hard revivalist would call for a complete return to quaintly curlicued cod-Victoriana. What makes our roads and pavements interesting is the palimpsest of gas lamps, Tardis telephone booths (designed by Gilbert MacKenzie Trench in 1929) and ‘Penfold’ postboxes (first designed by John Penfold in 1866), painted gold to celebrate Britain’s 2012 Olympic gold medals. Not forgetting the classic red K2 phone box, designed by Giles Gilbert Scott in 1924 and inspired by Sir John Soane’s tomb in St Pancras Old Churchyard.

Some post-war street furniture, has become, well, part of the furniture.

Who doesn’t have a soft spot for the hieroglyphs (and blue motorway signs) designed by Margaret Calvert and the late Jock Kinneir in the early 1960s?

Calvert, who is 82, drew many of her pictograms from life. The cow on the triangular sign warning motorists to watch out for farm animals was inspired by a favourite cow on her family’s Warwickshire farm.

She even made a quiet feminist statement with her ‘schoolchildren crossing’ sign. Instead of a boy in school cap leading a girl, Calvert reversed the roles, so that a sister drags along her little brother.

The flashing black-and-white Belisha beacons, named after Leslie Hore-Belisha, the Minister of Transport who introduced the lamps to pedestrian crossings in 1932, have a certain monochrome chic, too. While the names of our crossings – zebra, pelican, puffin, toucan, Pegasus – never fail to delight.

Let there be traffic lights. But let them be beautiful.