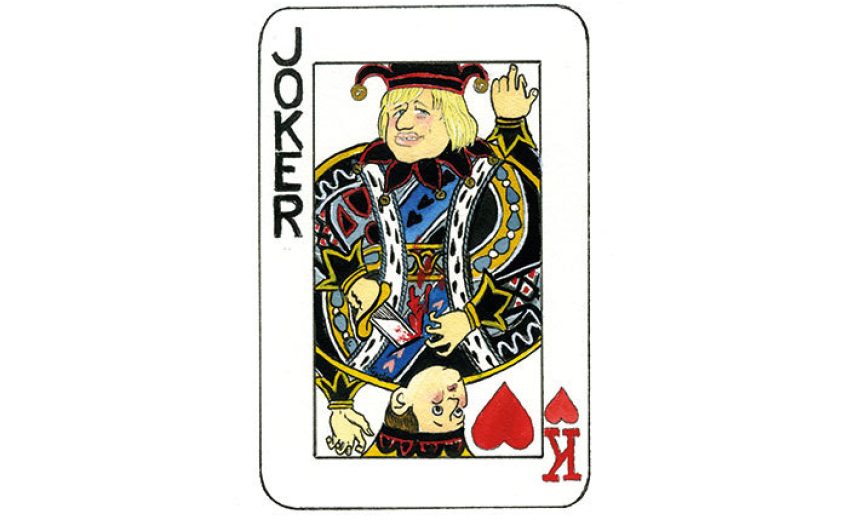 Did David Cameron have to hold a referendum?

That’s the haunting, mournful question that echoes through his autobiography.

The book is 732 pages long and there is plenty of good stuff on his premiership, his childhood and his family. But it is the referendum that Cameron comes back to, again and again. He was going to call the book Decisions. A better title would have been Decision.

And, again and again, he declares the referendum was ‘the right approach to take’, even if he deeply regrets the result.

The desertion of Boris Johnson and Michael Gove to the Brexit cause annoys Cameron enormously. Gove really gets it in the neck, more than Boris. That’s because Gove was a much closer friend of Cameron’s but also because he promised he would do just one Brexit speech, only to become one of the campaign’s spearheads. Gove wasn’t just disloyal to Cameron, he says, but disloyal to Boris, too, in stabbing him front, back and sideways in the 2016 leadership contest.

Cameron breaks away from the stodgy, polite convention of prime ministerial memoirs and, boy, he gets the knives out. Gove is ‘a foam-flecked Faragist’. Gove’s declaration that ‘people in this country have had enough of experts’ gets the rudest word in the Cameron lexicon – ‘appalling’. All in all, the Leave camp, featuring ‘bilious’ Dominic Cummings and Nigel Farage, was ‘a cauldron of toxicity’.

Boris, meanwhile, isn’t just disingenuous in plumping for Leave for personal ambition. He’s also so ruthless that, in a game of football at Chequers, he slide-tackles one of his children so vigorously that they had to retire hurt.

Cameron’s anger is all the more striking because he is, by nature, an extremely positive soul. He’s my second cousin and, at family gatherings in my childhood, he was always a super-confident, happy-go-lucky figure.

For all the privilege – Eton, Oxford and the Bullingdon, which he confesses to cringing over – there was no room for laziness or self-pity in his upbringing.

That’s in large part due to his father, Ian Cameron, who, as his son writes, ‘was born with a pretty odd deformity. Legs that were far shorter than they should have been, no heels and three toes on one foot and four on the other.’

Ian Cameron reacted against this disability with can-do optimism, as his son puts it, playing rugby, dancing and shooting with unself-conscious abandon. Cameron inherited that get-on-with-it, glass-half-full attitude in spades.

Still, as he describes in the chapter on his Eton days, David Cameron was an indifferent pupil, nearly thrown out of school for smoking dope, and ending up with mediocre O-Level results.

Then he had an epiphany in his A-Level years. He suddenly became really interested in economics and politics. At the time, aged 16, he boldly invited himself to see my father, Ferdinand Mount, then head of Margaret Thatcher’s Policy Unit, in Downing Street.

William Hague is mocked for his speech to the Conservative Conference in 1977, aged only 16. Cameron was never quite a Tory nerd but he, too, was obsessed with politics at a very young age. He didn’t bother with the Oxford Union but, in 1988, aged only 22, he started working at the Conservative Research Department.

So he’s been in the front rank of Tory politics for 30 years – and he duly delivers some juicy little vignettes about the big beasts over those decades.

Alan Clark berates any Tory figures for bringing bad news from the country; that’s their fault, Clark says, for visiting their constituencies and listening to ‘real people’ in the first place. Ken Clarke spends most of his time telling you why the government policy you’re defending is ‘absolutely bonkers’.

There are engaging insights into the cloak and dagger world of politics, too. When Cameron’s cooking up the Coalition with Nick Clegg in 2010 in Admiralty House, they dodge the press in dashing style. Cameron cuts through an underground carpark; Clegg switches cars outside the Home Office.

While Cameron describes his super-accelerated rise - at 43, he was the youngest Prime Minister since Lord Liverpool in 1812; he became Tory leader after only four years in Parliament – he also lays out his political philosophy. He never puts forward a definition of Cameronism but you might call it centrism: ‘The centre is still the right place to be – a bold, radical, exciting place to be.’

His book is also an effective portrait of the Conservative Party over the last 30 years. Mrs Thatcher’s regicide, he says, created resentments and divisions that still linger in the party. Cameron himself ‘revered the reality of Thatcher, not the mythology’ – meaning the misplaced idea that she alone was ideologically pure and always right, and everyone else was wrong.

Unlike most MPs, Cameron writes fluently, with an ear for dialogue, anecdotes and jokes. Before he became PM, he did quite a lot of journalism. In my five years working on the Daily Telegraph comment pages in the early 2000s, he's the only person who ever sent a thankyou letter for having a column printed.

The stratospheric political rise was darkened by tragedy. Cameron writes about the death of his son Ivan aged six with honesty, directness and sensitivity. Who, apart from a Guardian leader-writer, could fail to be moved by the Wordsworth lines David and Sam Cameron chose for his epitaph: ‘I loved the Boy with the utmost love of which my soul is capable, and he is taken from me – yet in the agony of my spirit in surrendering such a treasure I feel a thousand times richer than if I had never possessed it.’

In the light of real tragedy like that, Cameron’s loss of the referendum pales considerably. But, still, the intermittent but repeated note of this memoir is regret. As he says, ‘My regrets about what happened went deep. I knew then that they would never leave me. And they never have.’