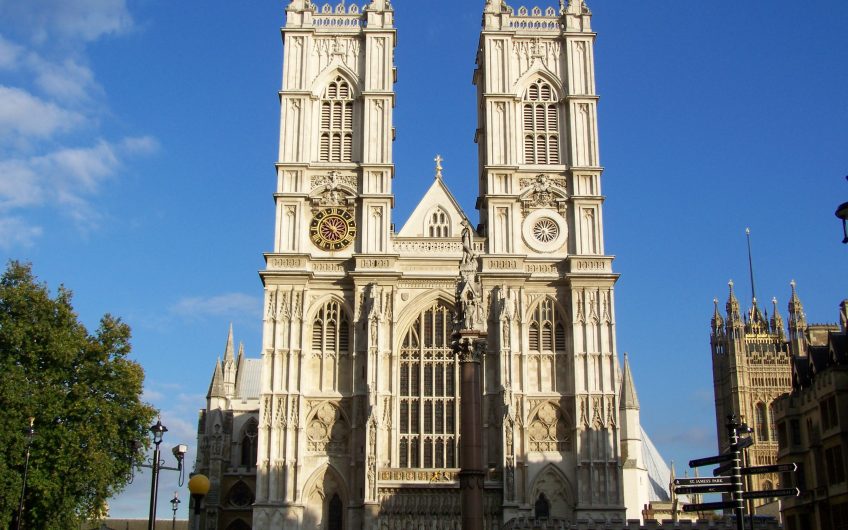 Westminster Abbey was consecrated today in 1065. As a boy at Westminster School, Harry Mount went to three services a week there. He wished he'd paid more attention

Just over 750 years ago, on October 13, 1269, Britain’s greatest building was consecrated, just over 200 years after Edward the Confessor’s Abbey was consecrated.

Thanks to Henry III’s patronage, London’s medieval skyline was punctured by a bristling thicket of French Gothic vaults, flying buttresses and crocketed spires – Westminster Abbey. The building’s 750th anniversary was celebrated in a book edited by distinguished historian, David Cannadine.

It was in Westminster Abbey – and its ancient, monastic quarters - that I spent my teenage years at Westminster School.

Three times a week, I went to services in the finest church in the country. Well, that is, when I wasn’t bunking off. I now adore old buildings – and worship Westminster Abbey – but, as a teenager, I wasn’t so keen on worshipping inside it.

Still, I did go enough times then, in the mid-1980s, that I now feel completely at ease in the abbey, while being simultaneously overawed by its ever-thickening layers of history and beauty.

I’m now astounded by the things I walked past every day. My route from school to Abbey (we missed out the "the" at school) took me through the cloisters, with its delicately traceried windows, a lesson in the Gothic style I never learnt then.

Just to the right of the cloisters, there’s a low, wooden door, with an ungainly gap at the top – a rare bit of clumsiness among the soaring, slim spires and arches.

That is, until you discover this is Britain’s oldest door. It was carved in the 11th century as part of Edward the Confessor’s abbey – consecrated in 1050 but almost entirely obliterated by Henry III’s abbey, the building you see today.

Fragments of Edward the Confessor’s abbey survive. I sat my O-Levels and A-Levels in the monks’ ancient dormitory, with 11th century windows either side of me. Edward the Confessor himself is buried at the holy east end of the abbey. His body was installed in a special shrine by a mourning Henry III in 1269, the year the abbey was consecrated.

For one of the great thrills of your life, go to an 8am Holy Communion service at that shrine. You’ll find yourself with just half a dozen other worshippers - and the altar is itself Edward the Confessor’s shrine. You’ll have no trouble getting in.

I took none of this in when I was at school, even though I was literally sitting next to it all. My house, Dryden’s (named after the 17th-century poet laureate, John Dryden), sat in Poets’ Corner. As I stared into space, thinking about Arsenal and unattainable girls in the sixth form, statues of Shakespeare, Handel and Tennyson looked down disapprovingly over me.

When I had tea in the 14th century College Hall, I was more interested in the icing on the buns than I was in the Jerusalem Chamber next door, where Henry IV died in 1413. It had been predicted he’d die in Jerusalem – it turned out to the Jerusalem in Westminster, not the one in the Holy Land. The scene appears in Shakespeare’s Henry IV Part 2.

There was the time I broke my arm in the school gym, when my foot got stuck in a vaulting horse and I crashed to the floor, the bone ends poking out of my left forearm. As I was carted off to hospital, I didn’t have time to appreciate that I’d broken my arm in the shadow of the abbey’s Chapter House – a jewel of 13th century Gothic architecture, called ‘incomparable’ by Matthew Paris, the 13th century Benedictine monk. I wasn’t interested then that the Chapter House was home to the English Parliament before it moved across the road to the Palace of Westminster. I am enthralled now.

I led a monastic life at school until my last night there in 1988, when I recited a Greek epigram at the Election Dinner – a tradition dating back to the 1580s, celebrating the ‘election’ of scholars to Oxford and Cambridge colleges.

I vaguely remember my epigram – a poor joke about Mike Gatting, who’d just been sacked as England cricket captain after an alleged romp with a barmaid. I remember much more clearly the charitable girl from the year below who let me kiss her – not a romp, sadly – in College, the scholars’ house, built by Palladian architect Lord Burlington in 1730. Its windows overlook College Garden, where monks gathered herbs for meals in the nearby Refectory.

That kiss was the high point of my time at school – and it had nothing to do with sublime buildings, kings or queens. Looking back, though, I’m glad the thoroughly everyday things I did were done in such exalted surroundings.

I only wish I’d been naughtier then, if not quite as naughty as the Westminster boys whose handiwork you can see inside the abbey. Just inside the Great West Door, you’ll find a portrait of Richard II. Next to that, there's the Coronation Chair commissioned by Edward I to hold the Stone of Scone which he brought to the Abbey from Scotland in 1296.

The 700-year-old chair is in good nick, except for the graffiti carved by Westminster schoolboys in the 18th and 19th centuries. One scoundrel even hacked out the words, "P. Abbott slept in this chair 5-6 July 1800", on the seat. P. Abbott, like me, clearly took one of the great churches of the world for granted.