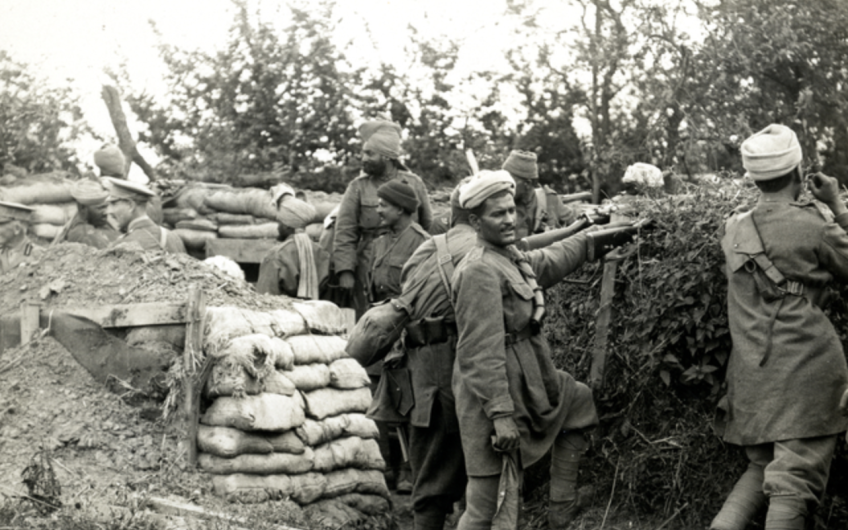 Oldie readers – particularly those in Kent – are invited to a lovely sounding First World War centenary service. Held at the Spitfire Cricket Ground, Canterbury, on 23rd September, from 2 till 4pm, it promises to be a spectacular and moving event. And tickets are free!

The Lord Lieutenant of Kent, Lord De l’Isle (73) – whose father, Philip Sidney, won a VC at Anzio and his grandfather, Field-Marshal Lord Gort, a VC in the Great War – has had the idea of a county-wide service.

The service will be led by the Dean of Canterbury, Robert Willis, a Deputy Lieutenant. And it will have a mighty choir, nearly 100 strong, composed of the main choir of Canterbury Cathedral, the Canterbury girls’ choir which was formed in 2014, and the choir of Rochester Cathedral making their first joint performance. Kent is the only county in Britain to have two of the original medieval cathedrals; so only Kent could pull off this particular feat.

There will be multi-faith participation – readings by a Jew, a Sikh, a Hindu and a Muslim. The Muslim is the 22-year-old Imam of Canterbury, Ihsan Khan of Canterbury Mosque. One of his great grandfathers served in the First World War. An estimated 400,000 Muslims, nearly all from India and what is now Pakistan, fought alongside Britain. More than 60,000 were killed.

Khan’s two grandfathers came to Britain from Pakistan in the 1960s. Khan describes himself as ‘very British. My aim as a young Imam is to try to establish peace between different faiths. Everyone is our brother and sister – Christians, Jews, gay people, all different faiths and beliefs. We may not believe what they believe, but integration is a big part of peace.’

This will be a drumhead service, as on the battlefield. The Third Battalion The Princess of Wales’s Royal Regiment will lead the parade before the service. There will be a parachute drop by the flying Tigers.

Another rarity about all this is that it is free – no public money and no entrance fee; a sort of gift by a few generous Kentish sponsors to the people of Kent. Tickets in advance are necessary and are obtained on www.kentcentenary.co.uk through a simple registration.