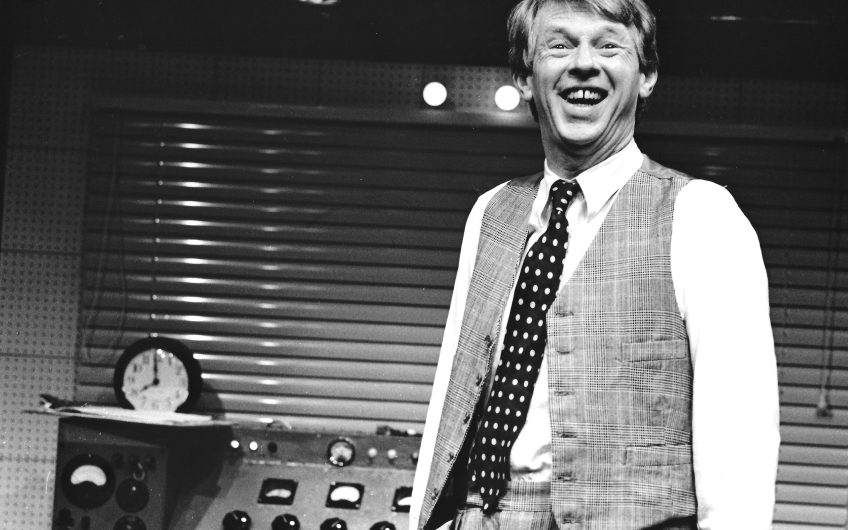 My friend Peter Goodwright - a devotee of The Oldie - has died at the age of 84. He was a star impressionist in the 1960s and 1970s, a much-loved comedian, actor and all-round entertainer, and a Very Good Egg to boot. (If one can boot an egg? Sounds a dangerous endeavour.)

As well as being an acclaimed solo “turn”, Peter worked with many other leading comedians. In 1959, he played a Hancock impressionist in the last-ever radio episode of Hancock’s Half Hour - eliciting the comment from Sid James to Tony, “Blimey, he sounds more like you than you do!” Thirty years later, he appeared with Harry Enfield in a clever spoof of Will Hay comedies, one of the funniest sketches in the acclaimed mockumentary ‘Norbert Smith: A Life’.

Unfailingly courteous in life, Peter’s comedy was likewise genial and gentle. His impressions, mostly of other entertainers, were always affectionate rather than satirical. One of his most extraordinary feats was to portray Stan Laurel and Oliver Hardy having a conversation together, merely turning his head slightly as he switched characters. Peter managed to embody both of these beloved comics, not only vocally - with uncanny precision - but also physically.

Peter’s long career ranged from radio - where he was discovered on the talent show, ‘What Makes A Star?’ - through variety and summer season to his own series on BBC Radio and many guest appearances on TV & radio. Not to forget a Royal Variety Performance or two along the way. He’s probably best-remembered today as one of the mainstays of the long-running 1970s TV series, ‘Who Do You Do?'

Peter was very generous with his fellow-performers. Chris Emmett, best-known for the long-running News Huddlines radio series alongside Roy Hudd and June Whitfield, remembers him fondly:

“My friendship with Peter goes right back to the 1970s when I first started in radio. When I joined the panel of ‘The Impressionists’ on BBC Radio 2, I arrived to discover that there was no script! The whole programme was an exercise in improvisation - a first for me - and I was terrified. Peter, bless him, was a huge comfort, and he took me under his wing and guided me through it. If I had to do Old Mother Riley, he would leap in as daughter Kitty to get more laughs; if I came up with a Dudley Moore impression he would join me as Peter Cook, and so on. We were so successful that the chairman, Barry Took, kept us together every time I joined the programme, and it was one of the most enjoyable times ever. I was so grateful to Peter for his guidance during those early years, and I was a massive fan of his prodigious talent.”

Like many comedians, Peter was also a gifted actor. He co-starred with Les Dawson and Eric Sykes in two national tours of Ray Cooney’s farce, ‘Run For Your Wife’… and also played a moving Feste at the Everyman Theatre, Cheltenham. He portrayed a range of characters in ‘Gert & Daisy’ with Sylvia Syms and Rosemary Leach, and appeared with Joan Turner in ‘Cheers Mrs Worthington’ at the Fortune Theatre. I’m enduringly grateful to Peter for his wonderful performance as Bernie Bernstein in my comedy musical ‘The Great Big Radio Show’ at The Watermill Theatre, Newbury.

But his favourite of all was pantomime, because as he said, this magical medium is usually a child’s first introduction to the theatre – get it right, and they will love and support it throughout their lives. Alongside the biggest stars of the day, like Dusty Springfield and Cilla Black, he invariably played the Buttons / Simple Simon character. As Betty Estelle and many others have said, he was the best in the business, bringing both comedy and pathos to the excited audience.

Returning to radio more recently, Peter was the definitive Bob Cratchit in ‘A Christmas Carol’. He also portrayed Frank, the Cockney cabbie who becomes the first King of Narnia in ‘The Magician’s Nephew' alongside David Suchet as Aslan and with Paul Scofield as the Storyteller. Peter featured in many other acclaimed radio dramas including the Peabody Award-winning ‘Bonhoeffer: The Cost Of Freedom’.

In later years, Peter forged a unique partnership with his wife Norma on several of the major cruise lines. On stage, Peter entertained with comedy and impressions, while behind-the-scenes, Norma - a Reader in the Church of England – would take the Sunday services and provide spiritual guidance to the passengers, as Guest Chaplain.

Peter’s long and happy marriage to Norma (nee Boylin) was thanks to an unlikely Cupid - Ken Dodd. Peter was a guest star on The Ken Dodd Show for BBC Television in April 1960, recorded at The Grand Continental Theatre, Bolton. (Say the theatre’s name out loud to hear the rhythm, with a slight pause before the word “Bolton” to get the laugh.) Norma was on the same bill, as one of the Littlewood Songsters, which later became The Black & White Minstrels when George Mitchell took over as MD. Doddy introduced them to each other, and they were married for 57 years until Norma’s death two years ago.

Peter also wrote and narrated a delightful series of character monologues entitled, ‘Well, You See, It Was Like This,’ which I very much hope will be broadcast among the tributes to his life and work.

The sad emptiness of American airports