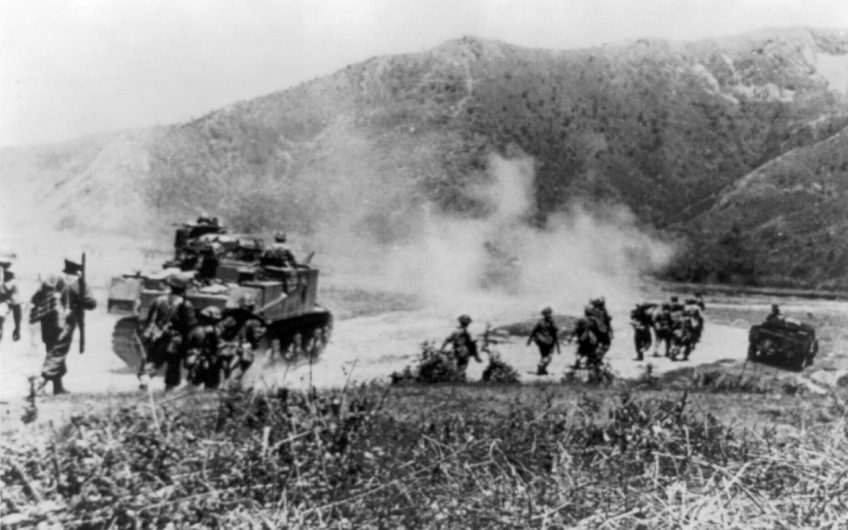 Sixty years ago, in 1960, I was commissioned into the 2nd Gurkha Rifles and I served with those indomitable soldiers throughout much of my Army career. I grew to admire the Gurkha military character greatly, though I recognised that he was only very rarely the kukri-wielding superman the tabloid Press and military chroniclers would sometimes have him, psychologically useful as that description might occasionally be.

The Gurkha soldier did, however, seem to possess a certain insouciance and light-hearted detachment from the fray that allowed him to cope with some of the stresses of the battlefield. I recall the story on operations of a Gurkha rifleman waking his company commander at night with a gentle shake to the shoulder and stating softly, as if a family butler announcing an uninvited guest, ‘Saheb, the enemy has arrived.’

For over 200 years the Gurkha soldier has loyally campaigned for the British Crown. Nowhere was his gallant service more in evidence than in the Burma campaign, when 27 Gurkha Battalions formed part of General Slim’s Fourteenth Army.

In 1995, fifty years on from victory in Burma, the anniversary of the Japanese surrender was marked with a memorable parade in London. I watched it with thousands of others, as a large column of veterans, including five of the six surviving Gurkha holders of the Victoria Cross won in the Burma campaign, paraded past the Queen in the Mall. During their visit to England, I accompanied these valiant Gurkhas to visit the President of the Gurkha Brigade Association, the late Field Marshal Lord Bramall, at his home in Surrey.

It was a significant and memorable occasion. Following copious drinks in the Field Marshal’s garden, we all set off for a popular Indian restaurant in Farnham, where we had reserved a large table. It was a happy, garrulous and drink-fuelled gathering that began to attract attention from a packed restaurant. The Field Marshal stood up, called for silence in the way that only Field Marshals can and announced to the diners:

‘Ladies and gentlemen, I want to apologise for the noise, but you need to know that you are dining tonight with five holders of the Victoria Cross.’

Immediately, and as one, the whole restaurant rose to its feet and greeted the Gurkhas with prolonged cheering. It was an entirely spontaneous response and it moved us all most greatly.

Jesus, God and the Holy Toast