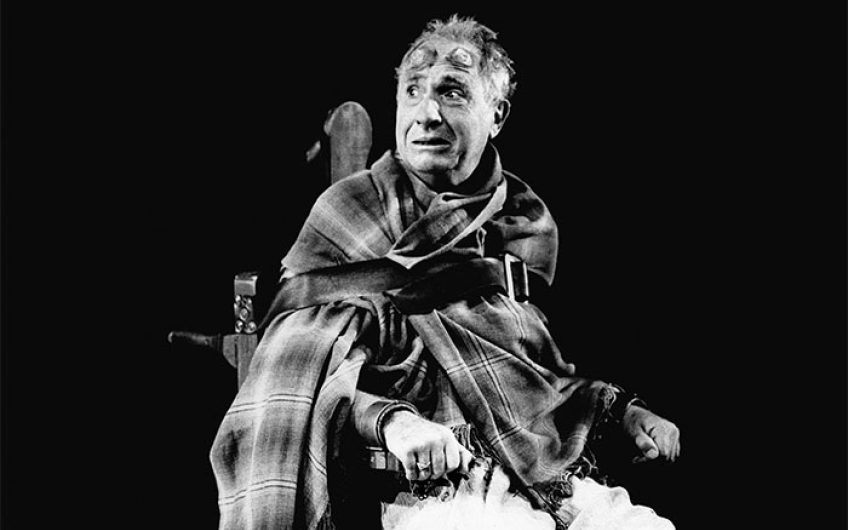 When Benedict King was diagnosed as bipolar, he realised he had something in common with George III

Taking up the latest fashion in one’s fifties is ill advised, but sometimes one just can’t help oneself.

So it was when I was inadvertently catapulted into the ranks of the ultra-trendy last year, diagnosed as mentally ill. Bipolar, to be precise. It is very rare for people over 40 to be so diagnosed. I was over 50.

Still, my late diagnosis was eclipsed by that of George III. He was diagnosed with bipolar disorder as the root of his madness by Andrew Roberts in his biography of the king, published last autumn – when George would have been 283.

Bipolarity is an odd disease. It makes you think and behave in the strangest ways. When you are at your illest, you can be utterly certain you are well. In the grip of my most recent mania, I convinced myself I was playing an important role in some Great Drama. What drama and what role I can’t explain.

The upshot was lots of apparently unconnected, bizarre behaviour. I deliberately broke up precious musical instruments I owned, and pinged off random emails, more or less batty, to various friends, family and acquaintances. I donned one of my wife’s dresses because I thought (entirely erroneously) that might amuse her. I pulled up the ‘Keep off’ signs on the cricket square of a local school, shouting at the bewildered boys nearby to help me. At one point, for some reason, I mixed myself a large cocktail composed of champagne, elderflower cordial and wee (mine).

I barely slept at all in a week, slowly building up the most absurd convictions that the most straightforward countervailing evidence could not budge. By the end, I literally couldn’t tell whether it was night or day. Although I could see it was dark outside, it seemed to have been light for only a very short time.

This led me to believe that time had ceased to work in the usual way. I surmised that I had actually died and was walking the earth like a zombie. Under this assumption, I went for a stroll into town with my fairy godmother, by then my constant companion. Since I was dead, I imagined only other dead people would see me properly.

But if that was right, there were an unusually large number of zombies out for a good time that Saturday night. My fairy godmother convinced me there was no need to take a wallet and told me how to get a drink without having to pay. Remarkably, that did work. Less positively, the ghostly pub crawl ended early when I was picked up and sectioned.

Some of the details might sound vaguely amusing. And, indeed, my manic episodes did feel enjoyable in some ways … to me. But for my nearest and dearest, trying to look after me was a nightmare. My depressive psychosis left me with no amusing anecdotes. It finished with a suicide attempt, then a week in intensive care, followed by my first stretch in a psychiatric hospital.

Wards in psychiatric hospitals are not designed to raise the spirits of the new arrival. Doors and windows are firmly locked. There are no pictures on the wall, no seats on the loos, no hooks for hanging your towels (or yourself) in the showers and no plugs. In short, outside well-monitored, communal areas, where you can find TVs, games and books, there is nothing that might allow you to harm yourself. A musty smell of unwashed socks permeates the place. High steel walls ring the garden. It’s not a prison, but it feels like one.

It’s certainly not Windsor Castle, where King George was largely confined. But, in spite of the grim surroundings, great efforts are expended by all staff, mainly nurses and health-care assistants, to treat all patients with respect – even love – at all times. A real culture is built round this and it makes a massive difference. Without that – and modern drugs – the confinement would be hell and extended. With it, patients are mainly cured and returned eventually to normal life outside.

Poor George III, as Roberts relates, was frequently straitjacketed during his illnesses. Some of the other treatments prescribed by his ignorant doctors amounted almost to torture.

Most of us have dreamt of being magicked back in time to the Regency period with its empire-line dresses, bucks in exquisite tailoring, Palladian houses, romantic poets and martial glory. The list of attractions is endless. But it’s odd how when we think of the Regency, we forget its cause, the blind and deaf old madman with a long white beard, holed up in Windsor Castle.

And if the king was treated so badly, what hope for other bipolar sufferers of the time? We may over-egg the whole mental-health thing a bit these days, but for the genuinely ill the current era has everything to recommend it.

The meanest and most distressed subject of our present Queen is treated not just with better knowledge and drugs, but with more dignity than the King of England 200 years ago.