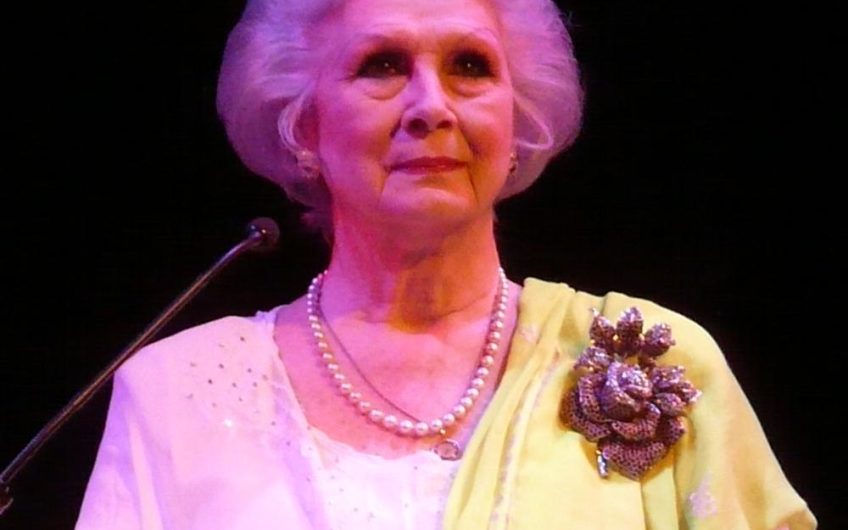 On a frosty, sunny Liverpool day, three officers from HMS Eaglet were among the pallbearers for April Ashley, the transgender model, actress and writer.

In her former life, April Ashley was able seaman George Jamieson in the Merchant Navy. Ashley was buried next to her father, a Merchant Navy cook, in Ford Cemetery, Liverpool – where she was born. The service was taken by Father John Williams, a naval chaplain, who described April as a ‘lady of great determination and great courage’.

April was the most famous sex-change patient in her day, after an operation in Casablanca in 1960. She appeared with Bob Hope and Bing Crosby in The Road to Hong Kong in 1962. Her fame increased when, in 1963, she married the Hon Arthur Corbett, later Lord Rowallan. In a famous case, Corbett v Corbett, the marriage was annulled in 1970 on the grounds that April was male.

The Last Post was performed by the graveside. My Sweet Lord by George Harrison was played during the funeral.

‘April was a princess,’ recalled Peter Maddock, an old friend and partner in the restaurant they ran in Knightsbridge. ‘Her humour was essentially northern.’ He described her dazzling appearance at a dinner party dressed as Madama Butterfly. A recording of Maria Callas singing Un Bel Di, Vedremo from Madama Butterfly was played.

The popping of a bottle of champagne by the grave ended the service.