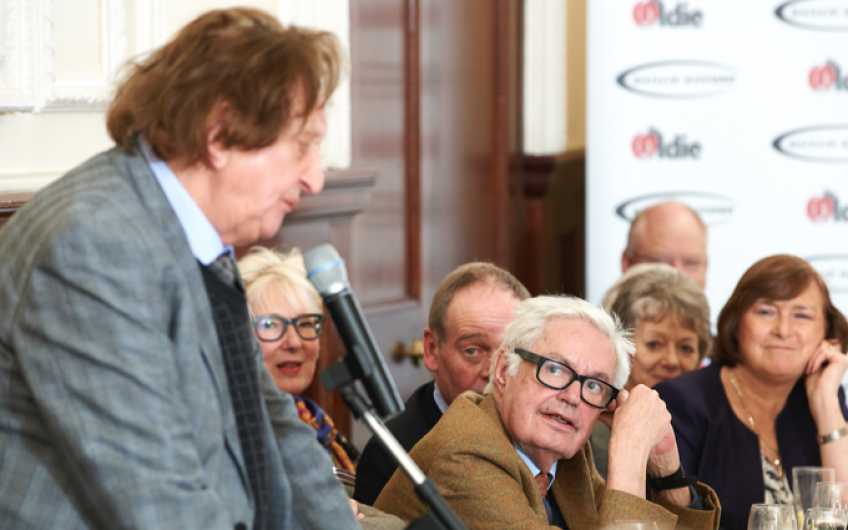 Craig Brown, one of our panel of judges, successfully pressed the case for the comedian Ken Dodd to be made our principal Oldie of the Year.

Dodd is one of Craig’s heroes; and in his portrait of him in the Oldie, he writes that, ‘in a just world, he would be Sir Ken or Lord Dodd of Knotty Ash’ (as opposed to a mere OBE). Dodd may be 87, but his stamina is intact. He is to perform in Dudley, Chesterfield and Bridlington next month, and Craig points out that ‘the standard Ken Dodd show is five hours’. ‘He aims to crack six jokes a minute, or roughly 360 an hour,’ he writes. ‘It is the speed and quantity of his jokes that matters rather than their quality.’

We got a taste of this at the lunch at Simpson’s-in-the-Strand on Tuesday, when, presented with the award by Gyles Brandreth, Dodd took out a bunch of little cards from his pocket and started firing away with no obvious end in sight.

It was a bravura performance, but one that even a man of Gyles’s enormous skill at such things couldn’t manage to halt (or perhaps he didn’t want to). After a while a few people with appointments started sidling out of the room, but it didn’t matter.

Here was a master in full flight.