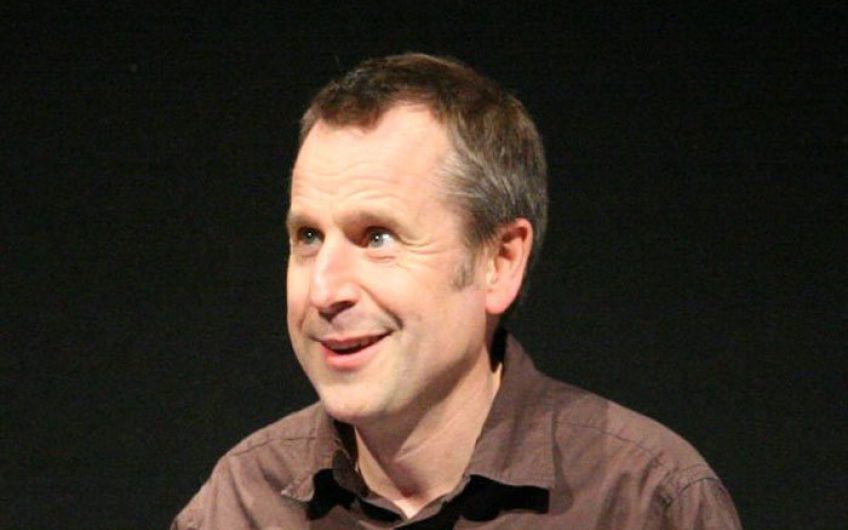 I moved to London in November 1983 to ‘do’ comedy, having only a hazy idea of what that would involve, and the first person I met was another new arrival called Jeremy Hardy.

We turned up at Broadcasting House to write jokes for the topical radio show Week Ending. Almost everyone there had been to Oxbridge and, despite the success of The Young Ones, no one else apart from us knew anything about alternative comedy. We bonded instantly.

The following week he told me he was being turfed out of his flat, so I invited him to use the spare bedroom in my luxurious Somers Town pad. Well, it was a squat, and the bath was in the kitchen, but who cares at that age?

We ended up being flatmates for five years; at one stage it was me, Jeremy and his wife, Kit Hollerbach. John O’Farrell threatened to write a sitcom about our living arrangements.

At first I knew hardly anything about the growing London comedy circuit, but Jeremy had already done a couple of stand-up gigs and was quick to introduce me to the best promoters. We’d been lucky to arrive at the exact moment when demand for live comedy was growing faster than the supply of comedians to perform it. You didn’t have to be a great performer to make a living as a stand-up; I wasn’t and I did.

But Jeremy was fully formed from day one. Dressed in cardigan and well-creased trousers, he looked more like your dad than a hip comedian, but he was dazzling, funny and so precise and creative with his writing. Within six months he was our first star. I say ‘our’ because we were like a little stand-up family. He helped me at the start and I’ll always treasure that.