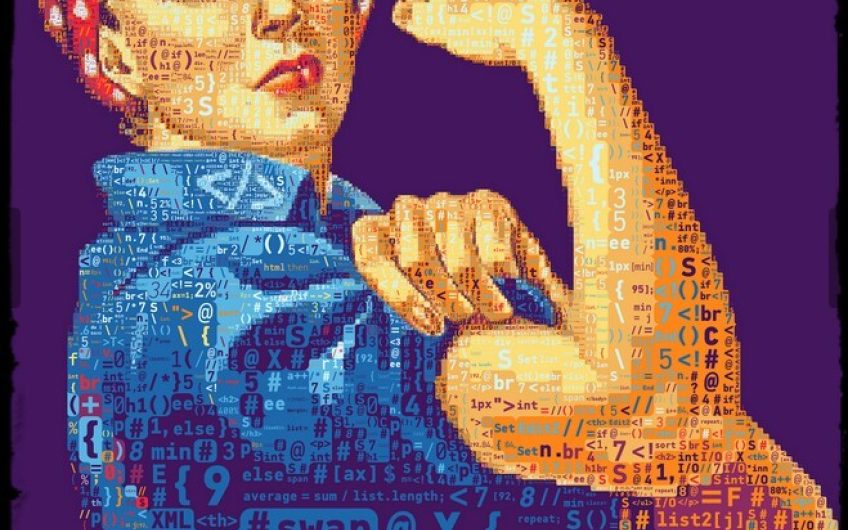 Rosalind Walter, one of the inspirations for the famous wartime character, has died, aged 95. What a gal, says Dea Birkett

Who was Rosie the Riveter?

Rosie the Riveter came into the world quietly. The original motivational ‘We Can Do It!’ poster, of a then unnamed Rosie, was produced for Westinghouse Electric Corporation by graphic artist J. Howard Miller and displayed in the company's California factories for two weeks in 1943 before she was taken down.

This nameless fictional feminine machinist was plucked from the production line by songwriters John Jacob Loeb and Redd Evans who wanted to write a song about women working for the war effort. ‘You pick a name for the alliteration and you go ahead and write it,’ they said. Their song celebrated a woman driving rivets on a bomber factory's assembly line: ‘She's making history, Working for victory, Rosie the Riveter.’

Three months later, in 1943, the Saturday Evening Post commissioned Normal Rockwell to paint a woman war worker. He produced a red-haired woman in denim work clothes, red painted fingernails, eating a sandwich on her lunch break. Her penny loafers are crushing a copy of Mein Kampf. ‘ROSIE’ is written on her black lunchbox, tucked behind an enormous rivet gun. Within months, ‘Rosie’ was America's most popular nickname for the thousands of female factory workers in the shipyards and bomber plants.

Rosie the Riveter was well known as a World War Two machinist. But she didn’t rise to international fame until several decades later. In the lean 1980s, the National Archives in the States were strapped for cash and licensed Miller’s original ‘We Can Do It!’ poster to raise income. With the Women’s Movement raging, this primary-colours strongwoman image quickly became a symbol of female empowerment on mugs, t-shirts, fridge magnets and posters. A new feminist Rosie was born.

But who was Rosie? For years, it was believed a Michigan woman named Geraldine Hoff Doyle, who’d worked briefly as a metal presser in a factory in 1942, was the model for the original Miller poster. She was even named as such in her 2010 New York Times obituary.

But recently it’s been revealed that the real Rosie the Riveter was a California waitress named Naomi Parker Fraley. In World War II, 20-year-old Naomi worked at the Naval Air Station in Alameda, California, where her duties included drilling, patching airplane wings and riveting. She tied her hair in a polka-dot bandanna for safety. A photo of her taken there at the time bears a very strong resemblance to Miller’s first poster image.

One of the original women who are thought to have inspired Rosie the Riveter has died at the age of 95.

And now another inspiration for the figure has died: Rosalind P. Walter, from New York, who died aged 95. When she was 19, she worked on an assembly line as a riveter on Corsair fighter planes in Connecticut.

But Rosie the Riveter lives on. Hillary Clinton paraded images of Rosie in her presidential campaign. Pop icon Beyoncé posted Rosie on her Instagram account. Girls dress up in copies of her blue boilersuit and red polka-dot headband for their birthday parties.

And the circus show I work for, StrongWomen Science, is inspired by her combination of female strength and girlish glamour. Our two women performers – both scientists turned circus artists –pump their arms in imitation of her famous, defiant pose. They wear boilersuits and tie brightly coloured kerchiefs around their heads, a ‘We Can Do It!’ poster propped up behind them. Rosie’s style, as well as her spirit, lives on.