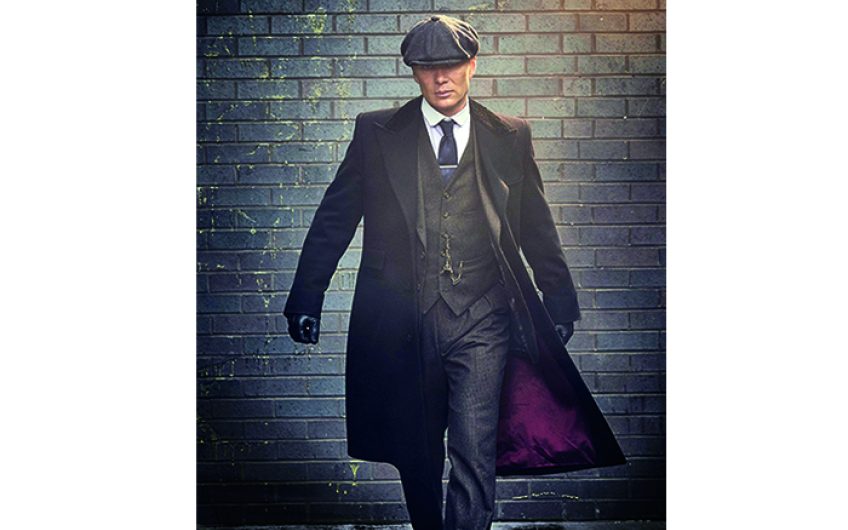 Mary Killen is charmed by the breed of daring, confident ladies’ man that’s fallen out of fashion

Whatever happened to the alpha male?

He still exists – but has had to go into hiding.

When the Duke of Edinburgh died, I considered his achievements. He carried out 22,219 solo royal engagements, and 637 overseas tours. He was a race-winning yachtsman, a helicopter and aeroplane pilot, a world-class polo-player, a crack shot and a world-champion carriage-driver until his 98th year.

His wife wore the crown, but behind the scenes he wore the trousers. He was well informed and made the decisions and his family went along with them. It was good for Britons to have such an exemplar to represent us on the world stage – a top-of-the-range, alpha male. But where are the other alpha males in 2022?

Alpha males in general are no longer fashionable. How has it happened?

Sixty years ago, many women openly aspired to marry a rich, powerful man. The woman saw her contribution as looking good and providing pleasant company. In public, she would park her own personality and just come in ‘on the wake’ of her charismatic, popular husband – smiling.

Of course she was smiling. The alpha wife had fur coats, jewellery, villas abroad, yachts and protection from the unpleasantnesses of the real world. Her husband went out to the coalface and his well-rested wife had only to be nice to him for three waking hours a day.

But in the early ’60s came the pill and second-wave Feminism. Women, who had been perfectly happy having all the glorious mental privacy allowed by the man’s being out at work all day, read Betty Friedan’s The Feminine Mystique (1963) and now felt unsettled about their lack of intellectual fulfilment.

Roll on 60 years. Young couples need two salaries to start a family. The woman has no mental privacy and still has to do the bulk of the housework alongside her full-time job. The children are all naughty right through to adulthood.

Not all oestrogens can be filtered out of the water supply – so we have had 60 years of being microdosed by the pill and HRT. We have all been slightly gender bent – and got plumper. Men used to have hairy chests – younger men don’t. Or if they do grow a smattering of fluff, they have it waxed off.

Do we women now want to compete with alpha males rather than be protected by them?

The loss of positive alpha-male role models is startling. As Tory MP Nick Fletcher noted, why have Dr Who, Luke Skywalker and the Equaliser all been replaced by women? And why are so many people assuming a woman will play the next James Bond?

Fletcher pointed out that this leaves ‘only Tommy Shelby [the gang leader in Peaky Blinders] and the Kray twins as role models for young men – no wonder so many are turning to crime’.

Sixty years ago, business was always driven by thrusting alpha males. A professional speechwriter for business leaders tells me, ‘That sort of leadership would not go down well today. You cannot lead millennials in the way they led the staff in Mad Men. Today, you need soft skills; feminine skills. The CEO’s main leadership skill is to be hyperaware of where the next potential lawsuit about misgendering, sexism or workplace harassment might be coming from.’

There were more alpha males – authoritative, butch leaders in the past – because there was a call for them. Men were physically stronger than women. They had to go out of the caves, tackle lions and go to war. Today, society instead requires empathy.

But does the alpha still exist? Yes, but apart from Boris Johnson and Jeremy Clarkson, we don’t see him so much. In public, the modern alpha male has to be a wolf in sheep’s clothing.

Tony Blair, for example. ‘There is no way you get to be prime minister without being an alpha,’ says the business speechwriter. ‘The alpha enjoys risk, competition, striving to achieve a goal, ruthlessness. So how come Tony Blair was so feminised and metrosexual, boasting of changing nappies in Downing Street? Clearly he had tuned in to alpha-phobia and was responding to the requirements of half the electorate, while disarming the other half by pretending not to be a threat.’

While male leaders channel their inner female, female leaders are trying to take on more masculine traits. Look at Elizabeth Holmes, the convicted fraudster, head of the disastrous Theranos blood-testing company, with the deep man’s voice she developed deliberately to give herself gravitas.

But, still, undercover, the alpha male exerts an attraction for his air of cool command. Even the toughest feminists soften on the impact of his stamina, cool confidence, mastery on the dance floor, ability to catch the waiter’s eye and to insist to the sommelier that the wine is corked, and decisiveness behind the wheel.

And his lack of inhibition when lunging – he knows from experience that the lunge will be welcome. He knows that who dares wins. These days, his omega-male competitors often don’t dare.