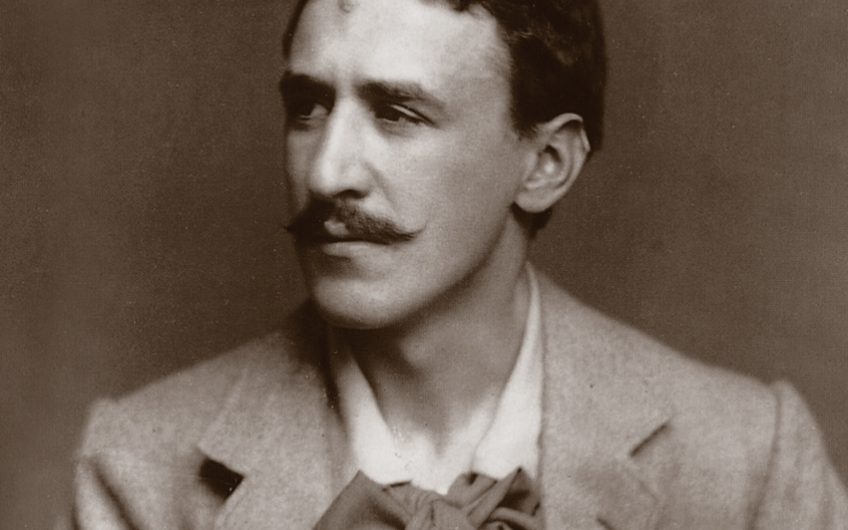 Though I lived in Scotland from 1978 until 1982, I never once visited Glasgow. It had a bad reputation – red-faced, angry drunks clutching the lamp-posts; women who resembled Stanley Baxter and who were called Big Bella McLeish or Wee Polly promising to ‘boil yer heed’; an atmosphere of soot and grime and Billy Connolly.

Glasgow was on its uppers, its fabric decaying. The shipyards and iron foundries along the Clyde, which had produced ocean liners and locomotives for the railways of the Raj, had closed, along with the cotton-thread mills. Armies of steelworkers, boilermakers and carpenters were out of work. The last thing the place seemed was a tourist destination. Glasgow was a post-industrial slum.

Fortunes changed when it was nominated European City of Culture in 1990. The shutting of factories meant there was no longer a prevalent, bronchial smog – and fantastic buildings appeared in the clearer air, as if for the first time. Today, Glasgow must be the greatest Victorian city in the world – so beautiful the effect is visionary.

I was thrilled by the cupolas, domes, iron stairways, clock towers, mullioned windows, delicate cornices, eaves, turrets and etched glass. Buchanan Street reminded me of Budapest. The fact that I flew up from Stansted made it seem like ‘abroad’.

Paradoxically, we must be glad Glasgow went through a tough period. Had the town council had the resources, it would have demolished much of the Victoriana, long believed to be unfashionable. Indeed, when I looked into the matter, gorgeous department stores, corn exchanges, hotels and restaurants did fall victim to the gleeful wrecker’s ball. The St Enoch Hotel, which was the headquarters of the Clyde Intelligence System during the war, and had been opened by the Prince of Wales in 1876, rivalled St Pancras in London. The Grosvenor, a sumptuous Edwardian restaurant loved by John Betjeman, had its marble staircase and curlicues ripped out in the 1950s.

In fairness, much remains, and Glaswegians have discovered the virtues of conservation. The City Chambers, filled with Carrara marble, is grander than the Vatican. The Central Railway Station is a marvel of wooden kiosks and pavilions under a glass-and-iron vault. Everywhere there are Moorish-style palaces in red sandstone, with beaux-arts domes.

Glasgow’s mercantile architecture was a blatant display of wealth and status – the sugar and rum barons spraying their profits at their city, paying for libraries, fountains, statues and verdant parks. The Gallery of Modern Art, with its Corinthian portico, was once the town house of a tobacco millionaire. The terracotta Kelvingrove Art Gallery and Museum has another collection of lavish donations – Rembrandts, Titians and French Impressionists. Salvador Dalí’s Christ of Saint John of the Cross was acquired in 1952. There are 1.4 million objects in this huge place, with its soaring halls and echoing caverns, made from multicoloured bricks and mosaic panels.

When I visited, a gigantic Phantom of the Opera organ was booming away (A Spoonful of Sugar, Climb Ev’ry Mountain) – and there was a holiday feel, with young families coming to see the stuffed great auk and the dinosaur bones. My own favourites were the Scottish Colourists: Fergusson, Peploe and Cadell, with their bold brushstrokes and energetic orange and black.

We were staying in a traditional tenement, found as an Airbnb. Fully expecting a tubercular cubbyhole without sanitation, such as once existed in profusion in the Gorbals, I was amazed that Glaswegian tenements were also built for the well-to-do. It was quite grand inside, with plasterwork ceilings, high rooms and fireplaces decorated with bright green, art nouveau tiles. There were bells to call the maids, though they must have had the day off when I tried summoning them.

Instead of being waited on at home, I took my meals in Rogano, an oyster bar which opened in 1935 – an absolute gem and the oldest surviving restaurant in Glasgow. The interior, with amber mirrors and deco panels, was designed by the people who had worked on the Clyde-built Cunarder the Queen Mary.

The other place to my taste was the Willow Tea Rooms, in Sauchiehall Street, as created by Glasgow’s favourite son, Charles Rennie Mackintosh, born 151 years ago in 1868 – an anniversary show is on at Kelvingrove. The formal elegance of his work continues to astound – the images of flower stems, sinuous curves, peacock feathers, found everywhere in the ebony furniture, textiles, jewellery, stained glass and entire buildings. His School of Art, on Renfrew Street, was wrapped in scaffolding when I visited – they were busy lovingly replacing what was destroyed in the disastrous 2014 fire when, at the weekend, up in flames it went again. It is back to being a smoking shell. Nicola Sturgeon stood in front of the blaze and said, 'It's only a building. At least there was no loss of life.' Only a building ?

What I loved about Glasgow – and why I could happily move there; and who’d not want to be buried in a rococo tomb in the Necropolis (1833), which is like Père Lachaise? – is that it is now hard to find a British city that retains its powerful local distinctiveness.

Everywhere else, from Birmingham to Uxbridge to Aylesbury, seems to have been lost or diluted by bland chain stores and mass immigration. Glasgow still has a People’s Palace and Winter Gardens, where Sir Billy Connolly’s banana-shaped boots are on display in a cabinet.

It has a sense of community. They talk of the ‘steamie’ (communal laundry) and call dentures ‘wellies’. ‘Bauchle’ is a worn-out shoe (or shabby gent), a bald fellow is a ‘tumshie skull’ and ‘bevvied’ means drunk.

There are lots of theatres – the Citizens, Frank Matcham’s King’s, and the Theatre Royal – even if the Empire has gone. It was at the Empire, where audiences came armed with fruit, that Des O’Connor fainted from fear (‘Is this part of the act?’ the conductor asked anxiously).

But Glaswegians still laugh at themselves, rather enjoying a reputation for eccentric toughness. When a poster went up – ‘Man Wanted For Murder’ – apparently 200 locals applied for the job. Or – my favourite joke – going into a café and asking for the chef’s special and being told, ‘Morag McSwain doesn’t come on till six.’

There is a vibrancy about Glasgow, perhaps because there are loads of universities and colleges, bringing in the youngsters. There is a busy arts scene, endless music and stage festivals. Indeed, I was in Glasgow because my son, Oscar, was being given the Scottish Mental Health Arts Festival International Film Award: a Perspex plaque, when what would have helped would have been a cheque. But you can’t have everything.

Long lunches at The Oldie: an extract from Miles Kington's letters