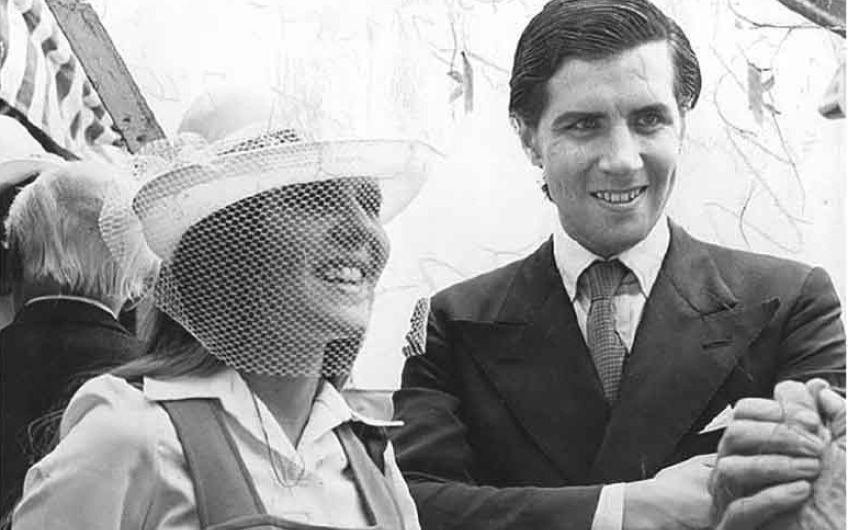 There are some words that defy too much definition.

Only the other day, I was trying in vain to explain the concept of cheekiness to a Latin American friend. The dictionary explanation – ‘Being slightly rude, but often in a funny way’ – just didn’t quite capture it.

And so it is with ‘playboy’, an almost quaint term – very rarely heard these days, but still in currency when I started my career as a gossip columnist in the mid-1990s.

All of us following the London social scene knew, somehow, exactly what ‘playboy’ meant and it wasn’t the bone-dry OED effort: ‘A wealthy man who spends his time enjoying himself.’ No, it was something more mysterious and glamorous than that. A touch of disapprobation often accompanied its use, together with the envious implication that this was a man who was perhaps just a little too accomplished in his dealings with the fairer sex.

A playboy was an adventurer. A lounge lizard, yes, but also a man of action when the moment required. He needed style, courage, charm and a carefree attitude towards everything and especially money – preferably somebody else’s.

Rather than dive back into dusty dictionaries, let me offer you Wikipedia’s summary of the life of Porfirio Rubirosa (1909-65): ‘Dominican diplomat, race car driver, soldier and polo player. He made his mark as an international playboy for his jet-setting lifestyle and his legendary sexual prowess with women. His five spouses included two of the richest women in the world.’ Most of us would settle for that.

Rubirosa – the doyen of his trade – died in 1965, but in the three decades that followed, the roulette tables of Monte Carlo, the slopes of St Moritz and the banquettes of Annabel’s played host to plenty of his successors.

One such was Argentine playboy adventurer Luis Sosa Basualdo (1945-2020). Known to English society as ‘the Bounder’, Basualdo, who died in December, having somehow made it to 75, was my father-in-law for the ten years I was married to his daughter, Charlotte.

Luis, as I knew him (though his real name was Hector Sosa), arrived in England from Argentina in the late sixties with not much more than a couple of polo ponies, a beaming smile and a pawnable diamond he claimed had been given to him by an older lover in Palm Beach.

Like Flashman’s, his talents were languages, horses and women. Over the following, glittering decade, he eloped with one of the country’s wealthiest heiresses (Lucy Pearson, daughter of Viscount Cowdray) and befriended aristocrats, business moguls, the Prince of Wales (who went on to play for Basualdo’s polo team, the Golden Eagles), while bedding their wives and girlfriends.

He became a staple of Fleet Street’s diary columns – indeed, it was the Mail’s Nigel Dempster who gave him the ‘Bounder’ soubriquet that would stay with him for the rest of his tumultuous life, even as he left wives, lovers, cash and friends in his wake.

As a father-in-law, Luis was disarmingly uncensorious, often adding a rider to any advice he offered me, ‘Who am I to say, being a cad and bounder?’

On a trip to Argentina shortly after I had married his daughter, we arranged to meet him at the national polo stadium (Basualdo had played the game professionally, with a handicap of seven at his best).

‘Have some respect,’ he advised the crony, gripping him by his blazer’s lapels. ‘This is my daughter’s husband. They only just got married. In a few months, maybe he will have girlfriends, but this is only a few weeks in!’

In classic playboy style, Luis could lay claim to a lengthy list of heiress ex-wives. ‘My speciality is the really crazy ones,’ he once confided to me. ‘I know how to make them even crazier.’

He also had a bizarre spell in the 1980s as what can be described only as Christina Onassis’s gigolo. His stipulation for accepting the role, apart from a lavish retainer, was that he was allowed to bring his then girlfriend along for the ride. This odd ménage à trois cruised the Mediterranean on Christina’s yacht for months at a time.

When in London and Paris, the Bounder was often seen in the company of business tycoons such as Gianni Agnelli, James Hanson and Gordon White.

‘Rich men get bored, and I amuse them,’ he once told me frankly, adding, almost as an afterthought, ‘and, of course, I procure the prettiest girls for them as well.’

Rubirosa had died in a car accident aged 56 in 1965, crashing his silver Ferrari 250 GT cabriolet into a horse-chestnut tree in the Bois de Boulogne, after a night out in Paris celebrating a big polo win. In truth, that was the right age and way for true playboys to bow out, while the smile was still white, the jokes and connections up to date, virility intact.

For all the remaining charm and style, Luis’s last 20 years – the time I knew him, in fact – were a twilit, melancholy time. The heiresses were less wealthy and even crazier. His own peer group had mostly died or sobered up – as indeed he tried to do periodically. He was occasionally short of money.

In any case, though, as Luis Basualdo’s peak passed, so the age of the playboy withered gently and quietly on the vine alongside him.

One of the Bounder’s favourite yarns was how he left Britain for the last time. Staying at the Ritz, he was tipped off that the Met was after him for accessing a girlfriend’s bank account illegally. Wearing a tweed cap, he scarpered by train to Glasgow and Stranraer, then by boat to Belfast, train to Dublin and plane to Buenos Aires. An Argentine court found him not guilty, but his subsequent enforced absence from London left him deeply sad.

‘England in the 1970s was a paradise,’ he once told me, wistfully. ‘After that, it all just became about money.’ Seventies London wasn’t a paradise for many, but it was indeed the last golden age of the playboy. Thatcher’s meritocracy, Blair’s Cool Britannia and the eruptions of the digital age have left the old class structures the adventurer playboys fed off obsolete and near powerless.

Not many will mourn the loss, but we shall not see their like again.