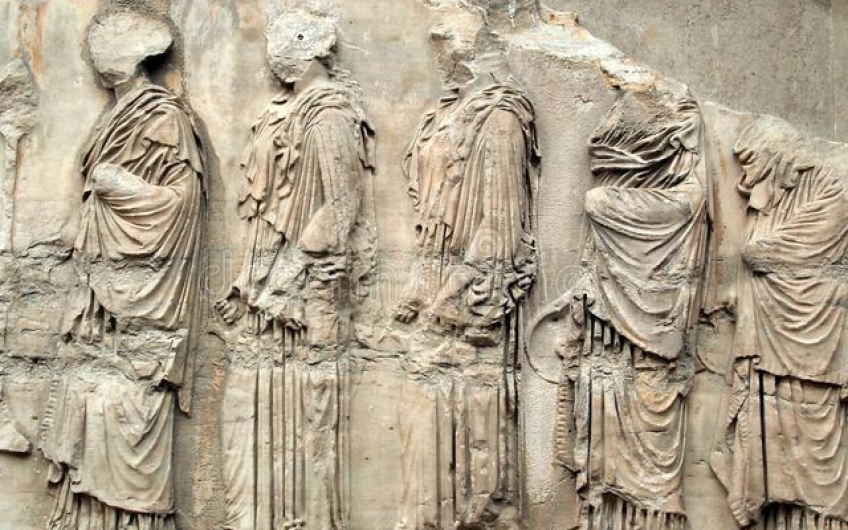 A new show – Rodin and the Art of Ancient Greece – opens at the British Museum on Thursday (until 29th July).

As well as featuring the works of the great Frenchman and keen ladies’ man, it also pays tribute to his chief inspiration, the ancient Greek artist Pheidias (c 480-430 BC).

Pheidias sculpted the statue of Zeus at Olympia and the two statues of Athena on the Parthenon. His workshop was also responsible for what became known as the the Elgin Marbles on the Parthenon.

Good old Rodin fully acknowledged his debt to his Greek master: ‘No one will ever surpass Pheidias. The greatest of the sculptors, who appeared at the time when the entire human dream could be contained in the pediment of a temple, will never be equalled.’

The loss of Pheidias’s statue of Zeus at Olympia – one of the Seven Wonders of the World, destroyed in the fifth century AD – is one of the major tragedies in global art history.

Still, at least you can visit Pheidias’s charming little workshop at Olympia, only uncovered in 1954. Archaeologists also discovered the tantalising tools and terracotta moulds, probably used for making the statue of Zeus.

Most moving of all, they also found Pheidias’s own cup, with the inscription ‘Pheidiou eimi’ – ‘I belong to Pheidias’; presumably intended to stop his workers nicking his mug.

What a genius Pheidias was, even if he was the sort of person who put his name on milk cartons in the fridge.

Tips for Boris and Dominic Cummings – from Cincinnatus and Seneca