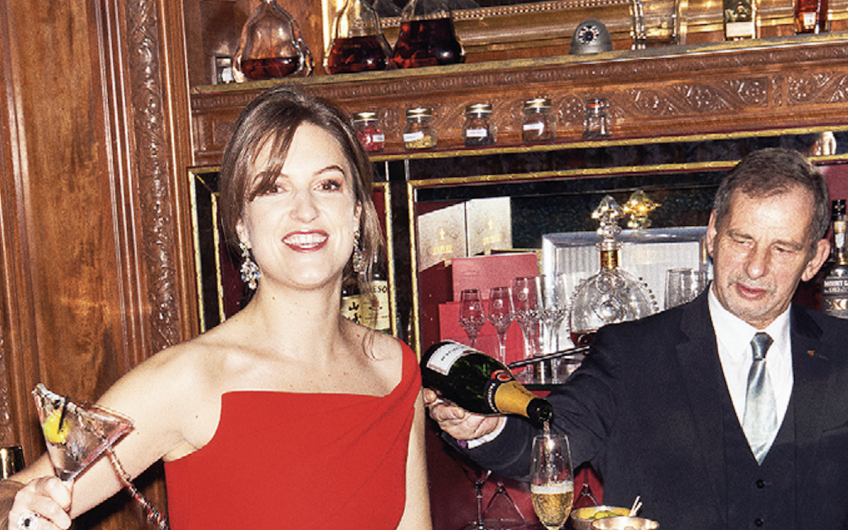 A couple of months ago, I found myself briefly scandalised at a wedding in Somerset.

The scandal happened during the reception, when two local ladies of jam-making age started talking to my friend Holly. One of them picked up her left hand and then dropped it with disappointment.

The problem? Holly wasn’t wearing a wedding ring. Or – shock, horror – even an engagement ring. She is a single, thirtysomething woman and, in this rustic pocket of Somerset, that was deemed unfortunate.

It was only later that I thought a bit harder about the interaction and wondered whether there was something almost admirable about these ladies and their unwavering attitude.

These days, it’s fashionable to be outraged at such views. But, while we now worry about how close to stand next to someone at a drinks party and whether it’ll land us with a lawsuit, there is a grain of comfort in places such as Somerset. Stolid, unshakable parts of the country where social life hasn’t changed for, oooh, several decades.

My new novel, The Plus One, is about my chaotic heroine’s attempts to find a boyfriend before her best friend’s wedding because she’s sick of going to them alone and facing the interrogations of little old ladies. It’s still very much expected, in certain circles, that you’re married – or at the very least have a boyfriend – and so come as a couple.

Codes of behaviour elsewhere remain similarly unchanged. When it comes to country drinks parties, you will be asked for drinks at 6.30 and be expected to clear off by 8.30 at the latest. Dinner party invitations will state firmly ‘8 for 8.30’. American guests at another wedding I went to this summer were hugely overexcited about the ‘carriages’ line on their invitation, expecting a fleet of barouches to appear at midnight. I explained that ‘carriages’ was a historical throwback and that they should have booked a minicab to cart them back to their B&B.

Country-house parties also operate along the same lines as they always did. The grand tradition of going to stay with friends for a weekend took off in the mid-19th century, when the railway meant you could schlep more easily from your house to a pal’s with several members of staff and all your hatboxes. It reached its zenith in the interwar years, although it was vulgar to call it a weekend then. You would be asked ‘from Saturday to Monday’ (you didn’t leave on Sunday as it suggested you might have something as déclassé as a job).

Nowadays, you’ll likely arrive on the Friday and leave on the Sunday (mutter about ‘traffic on the M4’ and get out immediately after lunch). But there will still be a timetable: drinks, supper, some sort of group activity the following day and a ‘smarter’ supper on the Saturday night probably followed by a game. Charades if your hosts are old-school; Cards Against Humanity if they’re not. Either way, no deviation from the old routine. The only thing that’s changed, thankfully, is the level of comfort. You will probably be warmer these days, and have your own bathroom. Much better than, say, going to stay with the Earl of Strathmore, who threw grand house parties in the 1920s. His house, St Paul’s Walden Bury in Hertfordshire, had 25 bedrooms but only two bathrooms.

A few years ago, I was invited to a shooting weekend with an ex-boyfriend at a castle north of Inverness where unmarried couples weren’t allowed to share the same room. My ex only told me this as we pulled up outside, adding that I would be sharing a room with another unmarried woman. Unfashionable, yes, but it didn’t cause me any actual harm. If anything, I slept better.

My father and stepmother live in Spain – which, admittedly, isn’t Britain – but many traditional Briticisms prevail there, such as nightly placements for dinner. No black tie and we don’t all process into the kitchen in order of precedence, as the Edwardians liked to. But we sit where we are told. (My stepbrother once referred to my stepmother as ‘a combination of Stalin and Joanna Lumley’.) There are rules about tipping there too. Euros in a yellow pot on the kitchen dresser.

Some might scoff or – increasingly – become outraged at ancient conventions and scream about them online, but there’s a gossamer-thin line between conventions and good manners.

When everything around us is in tumult, certain habits are reassuring. For decades to come, people will still be serving warm gin and tonics at drinks time in country drawing rooms, and salmon canapés covered with Labrador hair. Is there really anything so terrible about that?

To hear Sophia Money-Coutts on the Oldie Podcast, click here.