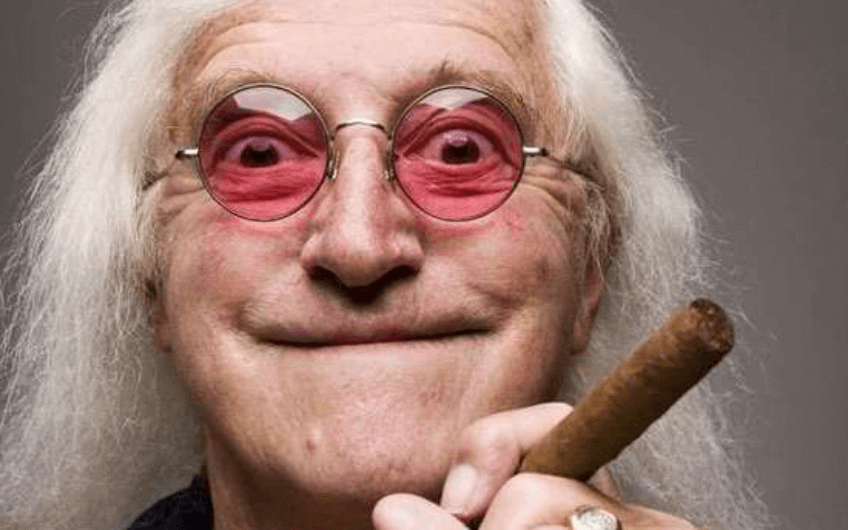 A new documentary about Jimmy Savile has started on Netflix.

Rumours of his sex crimes had circulated for years but no one dared to print them – until Miles Goslett and The Oldie came along.

We all now know what a monster Jimmy Savile was. What’s often forgotten is that it was The Oldie that first exposed him.

Miles Goslett wrote a piece for the March 2012 edition of the magazine that explained how the BBC were scared of broadcasting the allegations of Savile’s grotesque sex offences.

Only after Miles, and The Oldie, set the ball rolling, did the rest of the media run the allegations that had long been discussed in press circles – but no one had dared to print or broadcast them.

Here is that 2012 Savile piece by Miles.

When Sir Jimmy Savile died, he was given a generally rapturous send-off in the press, with glowing tributes to his charitable work. Savile’s old employer the BBC joined in the celebration with two tribute programmes on TV and one on radio, all broadcast over Christmas. No mention was made of the unsavoury rumours about Savile’s private life which had persisted throughout his career.

Before the BBC’s tributes were aired, however, journalists on the BBC2 programme Newsnight had been investigating the dark side of the apparently saintly entertainer. Their enquiries centred around Savile’s regular visits during the 1970s to Duncroft, an approved local authority school for emotionally disturbed girls aged between 13 and 18 in Staines, Surrey, which closed in 1980. It emerged that in 2007 Surrey Police and the Crown Prosecution Service had investigated a historic complaint that Savile had abused girls at the school but that no action had been taken.

Newsnight tracked down several ex-Duncroft pupils, now middle-aged women, who confirmed that Savile had molested them when they were aged 14 or 15. At least one woman gave an on-camera, on-the-record interview to Newsnight about the abuse she had suffered.

By any standards this was a scoop which would have attracted a considerable amount of attention. However, at a late stage the Newsnight report, due to be shown in mid-December, was dropped.

The BBC's official line has always been that the report was abandoned purely because there were not enough facts to substantiate a particular angle they were pursuing relating to the Crown Prosecution Service. Their spokesman said: ‘Any suggestion that a story was dropped for anything other than editorial reasons is completely untrue.’ However a BBC News source has revealed to me that this is a smokescreen and there were unquestionably other reasons underlying the decision.

First, the extreme nature of the claims about Savile meant that the Newsnight report was going to seriously compromise the lavish BBC tributes scheduled to run later the same month. And secondly, the allegations directly involved the BBC in that the woman who gave the interview said that she and others were abused by Savile on BBC premises. To be precise, she told Newsnight that some abuse took place in Savile’s dressing-room at BBC Television Centre in West London after recordings of Clunk-Click, a children’s programme which he presented in 1973 and 1974; she also alleged that two other celebrities, both still alive, sexually abused Duncroft girls at Television Centre.

I have contacted three women who were interviewed by the BBC concerning the allegations about Savile. They allege that he gave them rewards such as cigarettes, records, and small amounts of money in return for sexual favours. Two of the women said that they also recall being taken for a drive in Savile’s car in the Surrey countryside where abuse took place on the understanding that they could be in the audience of Clunk-Click. A third woman said that Savile had committed one comparatively minor indecent assault on her at Duncroft but that she was aware that other girls experienced far worse.

The BBC has serious questions to answer. The Newsnight investigation uncovered information of which Surrey Police was not aware, and moreover allegations were made about living people. Surely the BBC had a duty to inform the police about these disclosures? Yet there is no indication that it has done so, and the BBC has refused to answer questions about this. Furthermore, given that Savile was on the BBC’s payroll for more than 25 years, and along with the other celebrities who are still alive, is alleged to have abused minors on BBC premises, shouldn’t the Corporation have launched an in-house inquiry? When asked if BBC Director-General Mark Thompson knew of the Newsnight report, the BBC refused to comment. But a source has told me that Thompson was tackled about the axing of the report at a pre-Christmas drinks party, so he cannot claim to be ignorant of it.

The BBC should be aware that the matter is not at an end. Many of Savile’s other victims – and those of other celebrities with whom he mixed in the 1960s and 70s – are preparing to speak out.

An Inconvenient Death: How the Establishment Covered up the David Kelly Affair by Miles Goslett is published by Head of Zeus